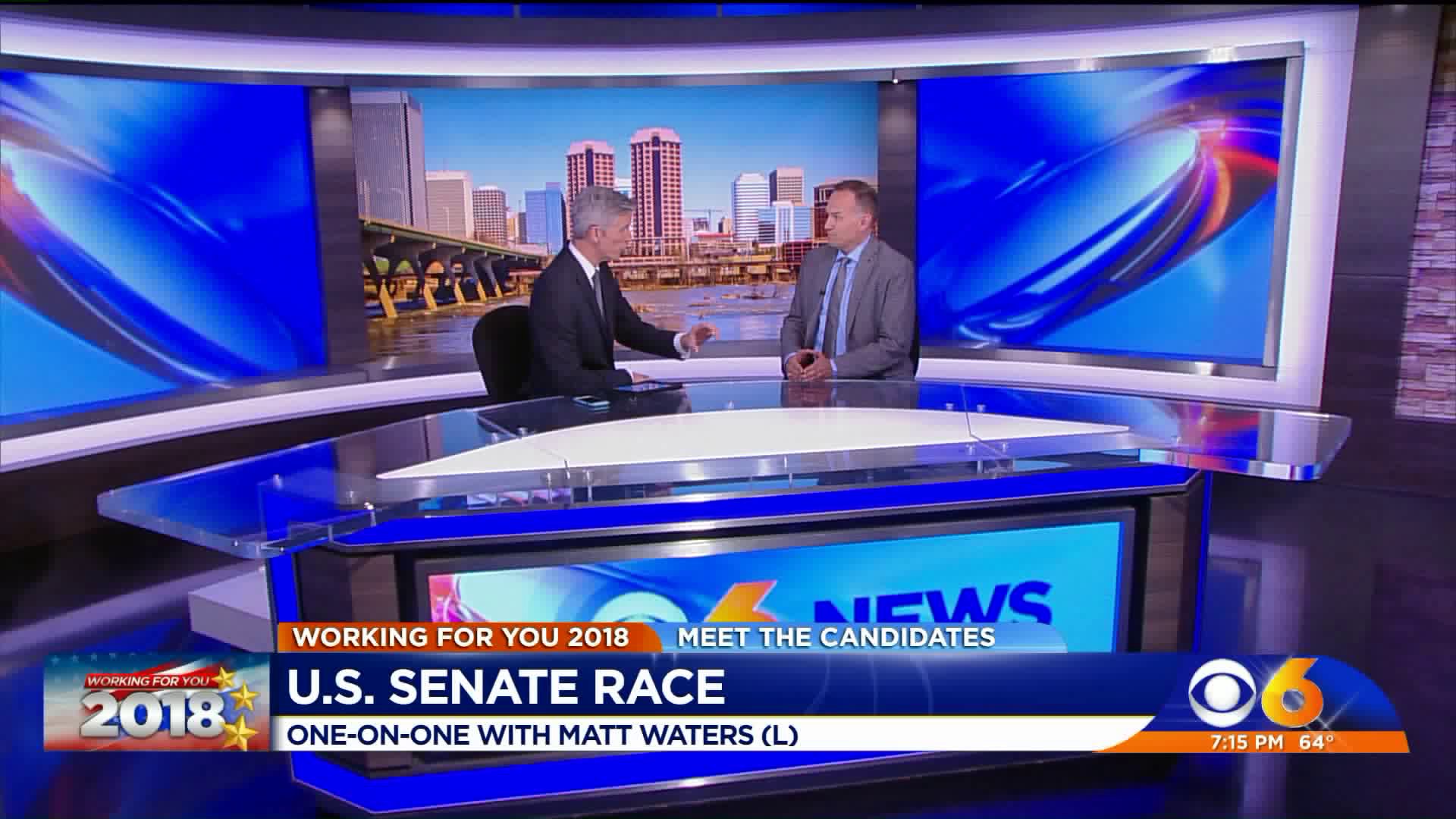 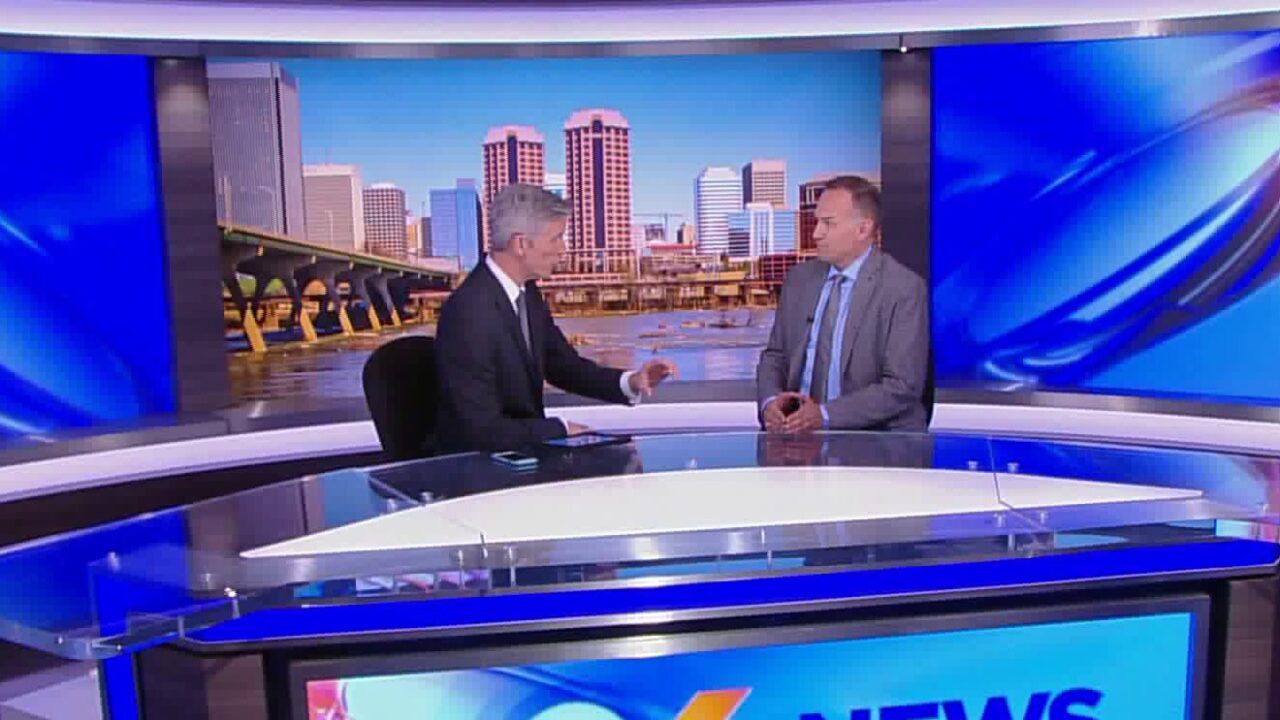 RICHMOND, Va. -- The November elections are just around the corner and all the candidates in Central Virginia's biggest races have been invited on CBS-6 News at 7 p.m.

Matt Waters, a Libertarian candidate for the US Senate seat held by Democrat Tim Kaine, stopped by the studio Friday.

He described how he would seek to shrink government, by freezing the budgets for the Department of Defense, Agriculture and State.

He also said he would work to abolish the federal income tax.