Richmond students star in Jason Mraz ‘Have It All’ video 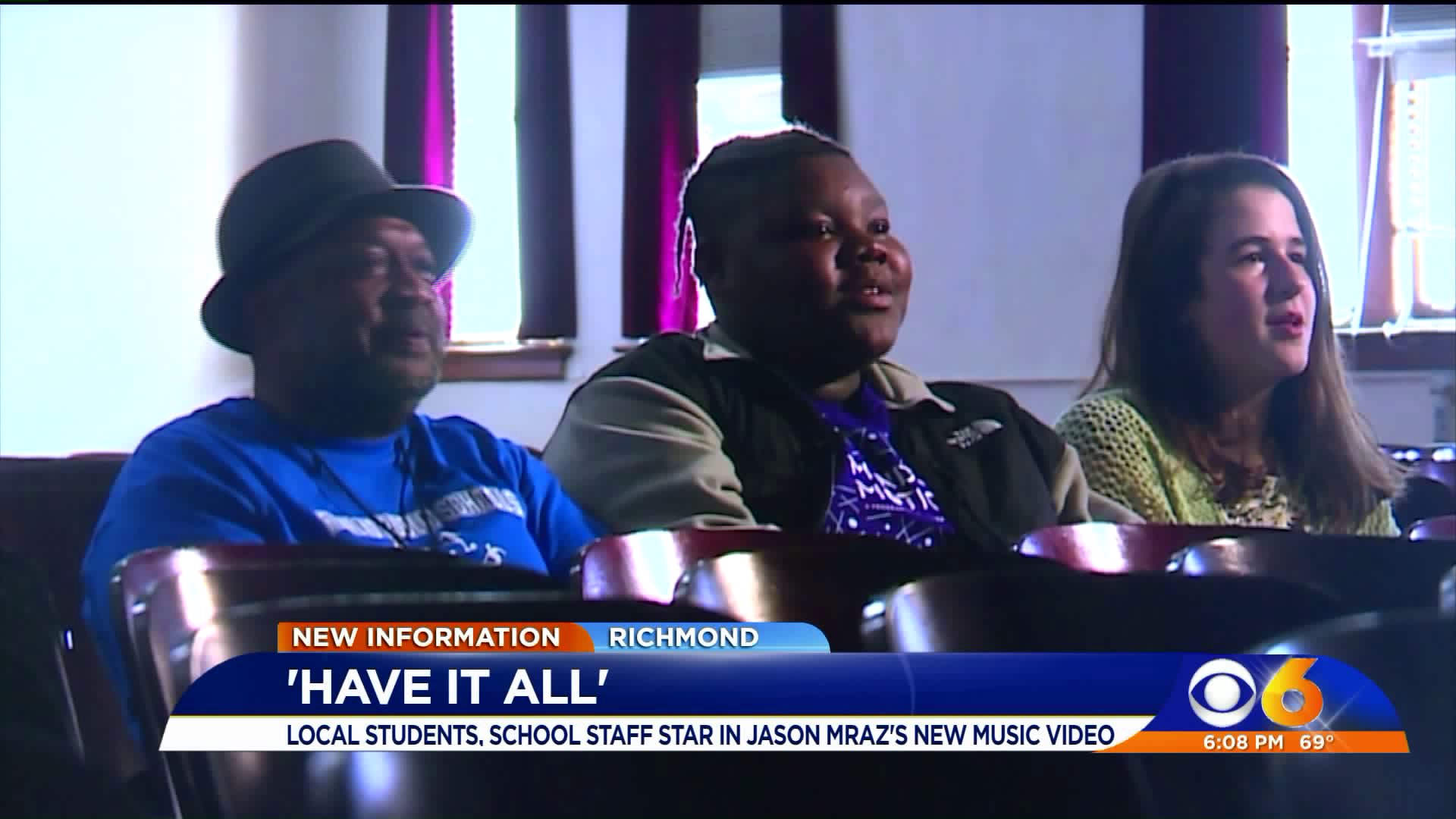 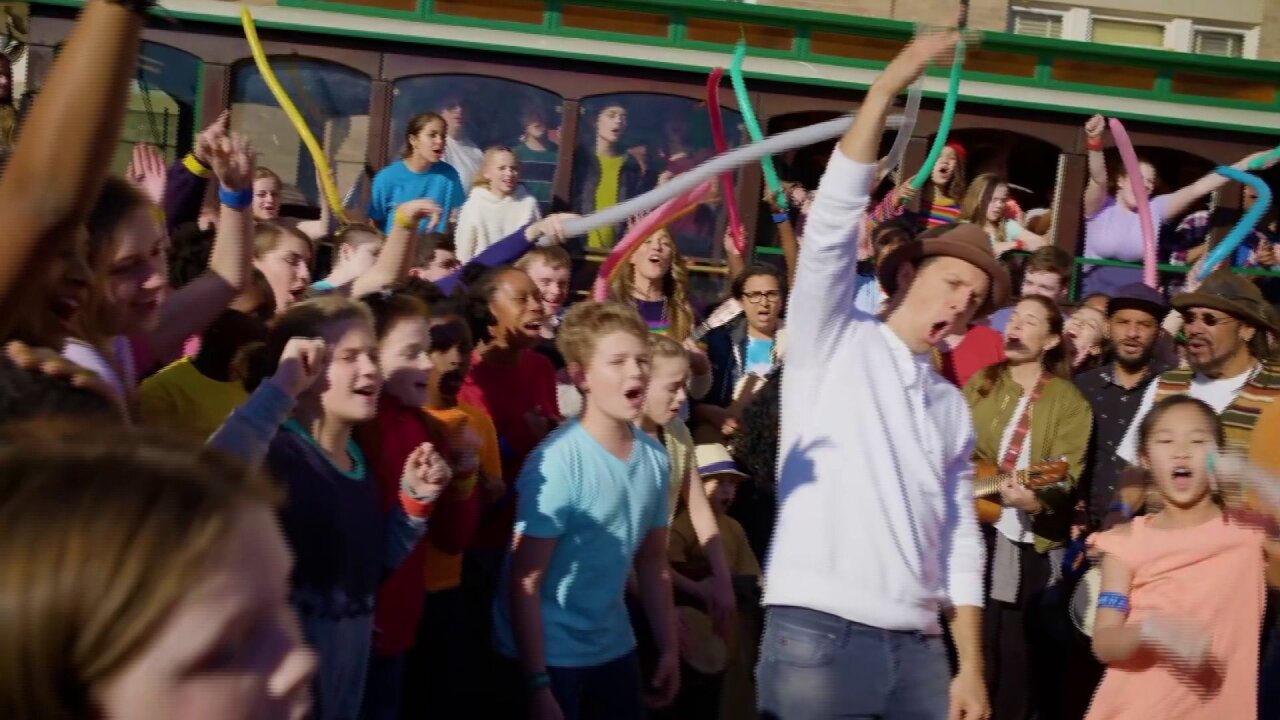 RICHMOND, Va. -- Richmond native and Grammy award-winning artist Jason Mraz has released his new video, “Have It All,” that was filmed in Richmond.

Binford Middle School students sat in the same auditorium Friday that they sat in during the March filming of the music video.

“It was really cool and interesting to see how these things come together and the process of making the video,” said Binford Middle School 7th grader Olympia Theofanos.

“Many people are going to be watching this video and it’s really cool to represent the school and how the school is represented in the video," Theofanos said.

Jason Mraz's video for “Have It All”

Theofanos, and her classmate Kenyon Griffin, were just two of 65 Binford students who danced alongside Mraz, who has been a mentor to these kids since last spring. That’s when he became a partner artist to the turnaround arts school.

“I’ve always wanted to be famous, to have this first experience it was fun,” said Binford 8th grader Kenyon Griffin. “The advice was, one thing that stuck with me, be humble. I can be whatever I want to be, a star, just remember to stay humble and do what you do,” Griffin explained of the advice given to him by Mraz.

Jason Mraz's video for “Have It All”

Binford’s custodian of 15 years also makes an appearance in the video.

“I was working that day as a custodian and they asked me, do I want to be a part of the video? I said, 'Sure, anything for the kids,'” explained, custodian and coach Phillip Ricks.

Ricks said he started dancing and the kids followed his lead.

“Kids looked like, 'Oh come on coach!' They just joined in rocking it and having a good time had a ball,” said Ricks.

Ricks didn’t find out until Friday that he made it into the video.

Richmond’s RVA on Wheels also appears in the video. Jonathan Nelson guided Mraz and his band through Richmond landmarks that appear in the video.

“It was a really fun day they used both our segways and our trolleys,”  RVA on Wheels employee Jonathon Nelson said.

“I think Jason and our company have the same goals in showcasing what Richmond has to offer,” said Nelson. “That was one of their stated goals was to show people what Richmond is and the fun that you can have here.”

One hundred RPS students and 100 students from the School of the Performing Arts in the Richmond Community or SPARC were in the video.

The kids rehearsed the choreography for two weeks prior to shooting the video.