Brought back to life! Kittens saved from IHOP fire in Chesapeake 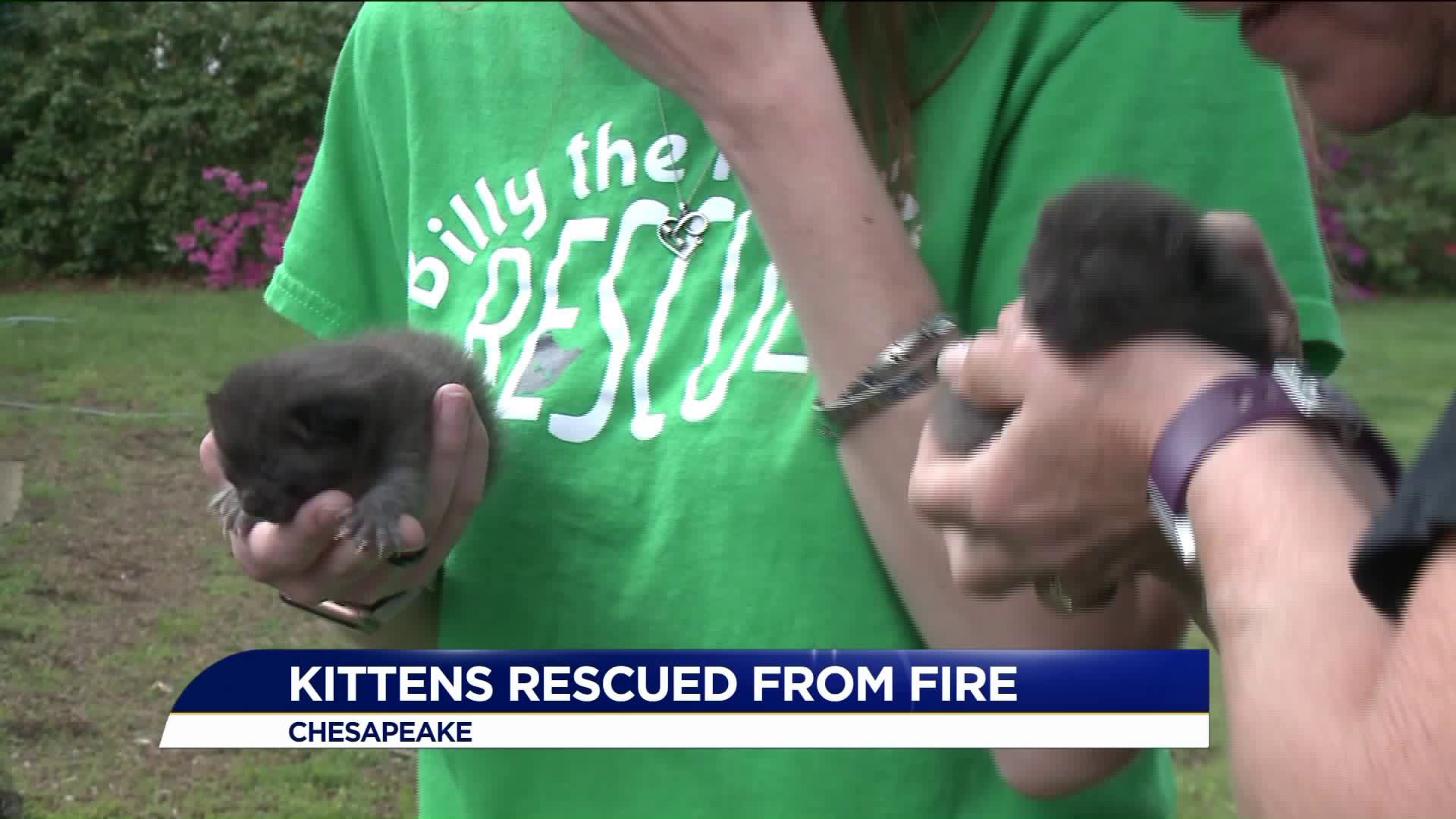 CHESAPEAKE, Va. - Cupped in a palm, weighing just about the same as a couple slices of bread - that's how rescuers explain how tiny both Lazarus and Zuko really are.

And with the fitting name of Lazarus, it tells their story.

"They were dead and we were able to miraculously resuscitate them," Olivia Beaudette with Billy the Kidden Rescue told WTKR.

A concerned neighbor notified volunteers with the rescue that just a week before flames engulfed a Virginia IHOP, a cat had given birth to four kittens on the side of the restaurant and they were worried the felines didn't make it out.

On the scene of the fire, tucked in an area near some bushes is where Olivia says she found the kittens lifeless, cold and wet.

"With the blankets and the towels we had them wrapped up. We were rubbing their bodies with our thumbs on their chest and then every so often we would blow into their mouths to try and give them some air," says Beaudette.

What happened next is nothing short of a miracle.

"Oh, my God! We got one. That's good, it's breathing. It's got a heartbeat," shouted Beaudette.

The rescuers were able to save two of the four kittens.

Since the fire and the revival, Lazarus and Zuko have been reunited with their mother in a foster home.