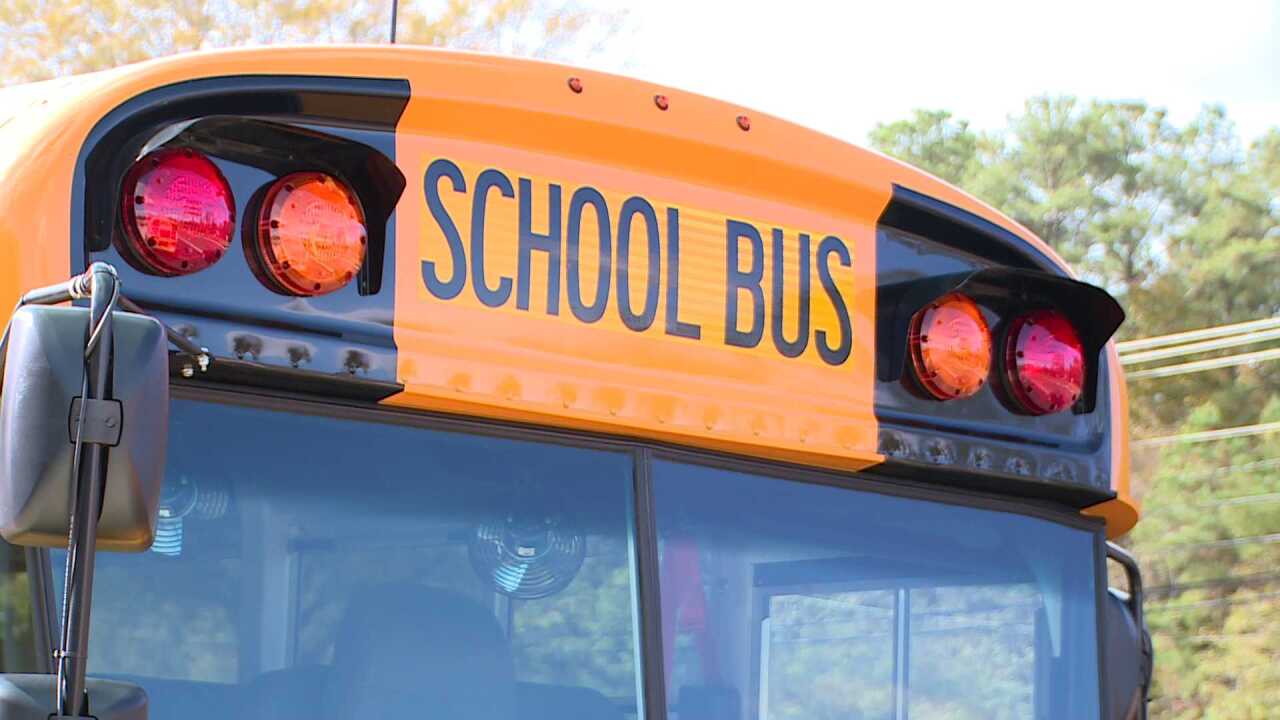 RICHMOND, Va. – Two drivers, including a school bus driver have been charged after a school bus ran off the road and struck a tree in Nottoway County Friday morning.

After an investigation, police say the driver of a Kenston Forest School bus and the driver of a tractor without a trailer both ran off the road to avoid crashing into each other.

The driver of the bus, Mary Gordon, 58, of Burkeville, and the driver of the tractor-trailer cab, Geoffrey Edwards, 41, of Keysville, were traveling eastbound on Hungarytown Road.

“As the school bus exited a curve into a straight away, both vehicles were partially over on the opposite lane of travel,” said Virginia State Police spokesperson Sgt. Keeli Hill. “To avoid a collision, both drivers veered to the right off road with the tractor striking a ditch line and the school bus striking a tree on the passenger side.”

The school bus had approximately 20 children ranging from the ages of 7 to 15, according to police.

The students and drivers were evaluated on the scene. There were no injuries reported.