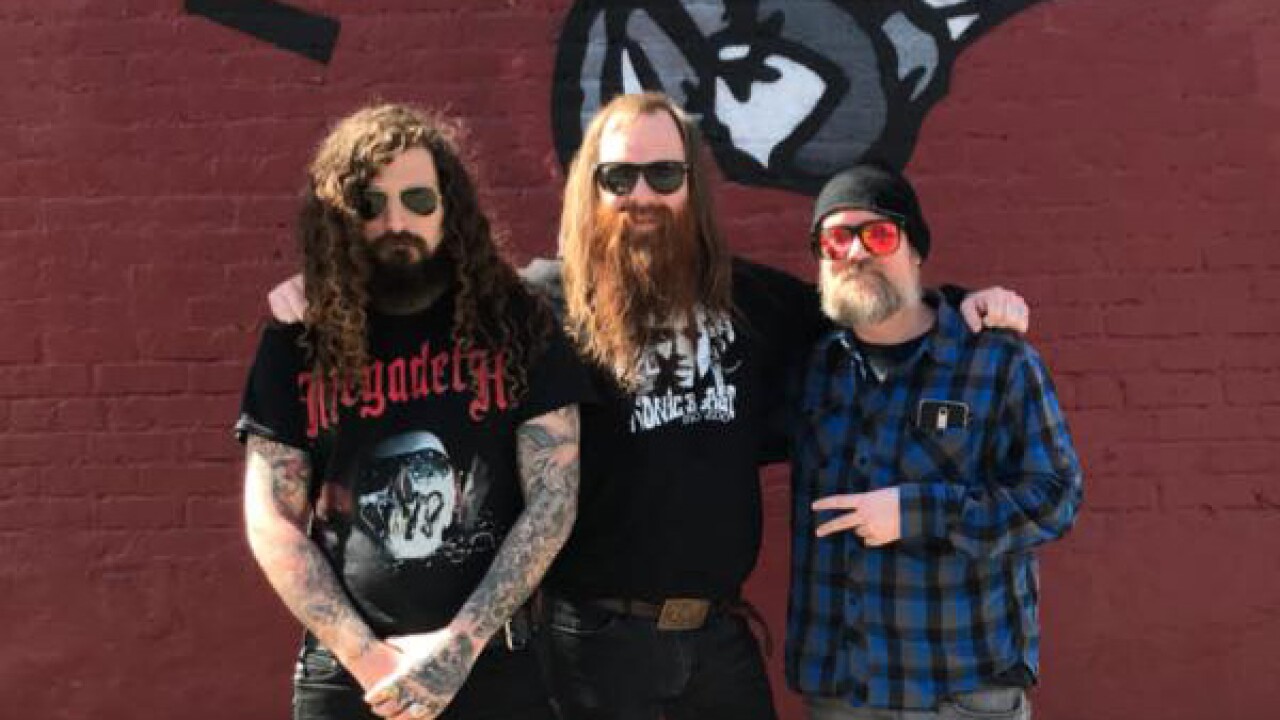 RICHMOND, Va. — A new eatery fronted by two rockers and a restaurateur is preparing to strike into Richmond’s Carver neighborhood.

Cobra Cabana is taking over 901 W. Marshall St. with a plan to open this summer, filling a hole left last year when Black Sheep shut down.

The venture is a first for Herbie Abernethy, who goes by the stage name of Valient Himself as lead singer for hard rock band Valient Thorr, and Rob Skotis, a bass player with local thrash metal group Iron Reagan. Their partner Josh Novicki is an experienced restaurant operator from North Carolina.

Launching a restaurant together was an idea born out of their 20-year friendship, which dates back to their days at East Carolina University.

“We all met in Greenville (North Carolina) in 1997,” Abernethy said. “We wanted to do this restaurant for a while … but we all got busy doing other things.”

For Abernethy and Skotis, it was traveling the world with their respective bands – touring places like Spain and Poland and taking in the international cuisines.

Meanwhile, Novicki took his DJ skills across the U.S. before settling in the coastal city of Wilmington, North Carolina, where he helped launch several restaurants, including as a partner of Rx Restaurant and Bar – an acclaimed establishment near that city’s downtown. He’s now manager at En Su Boca on Boulevard.