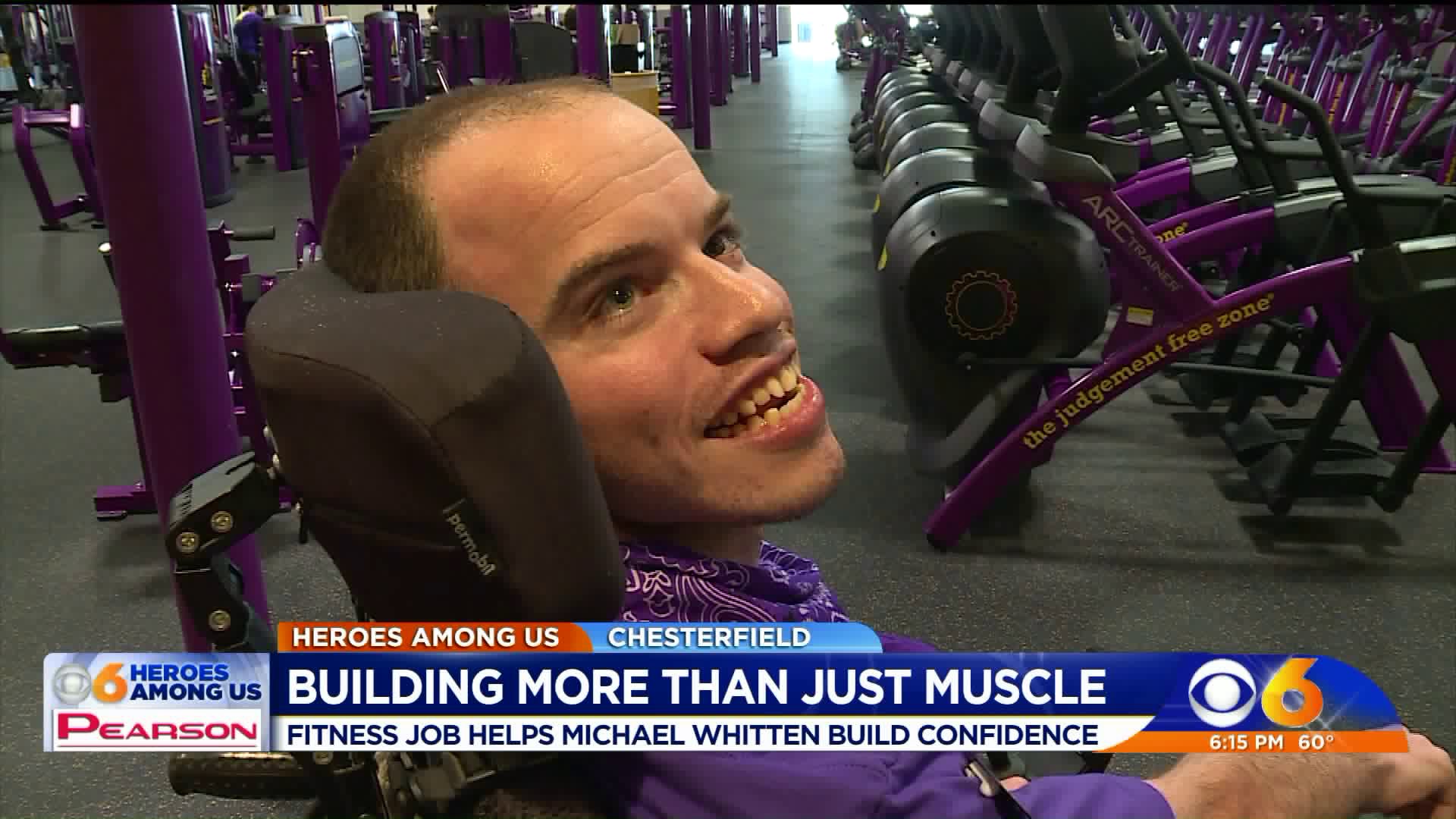 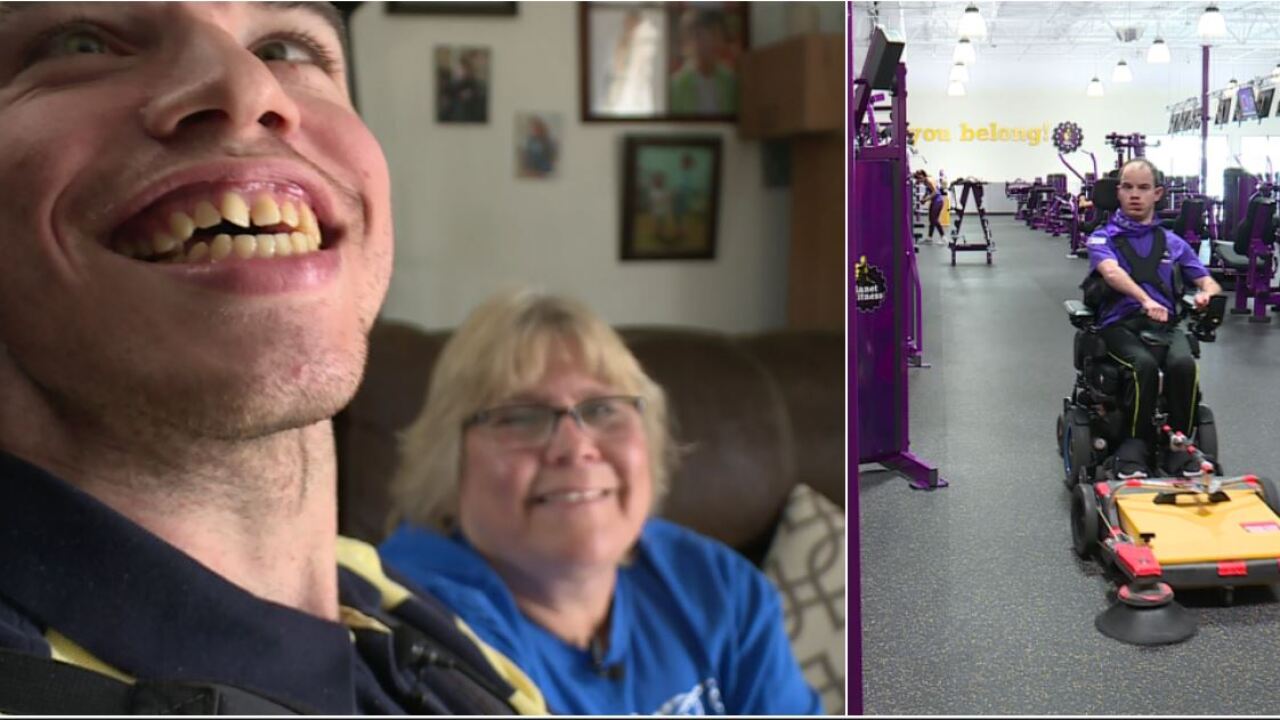 CHESTERFIELD COUNTY, Va. -- From bathing and dressing to eating a meal, Michael Whitten needs a helping hand in almost aspect of his life.

Michael, who weighed just two pounds and two ounces when he was born premature December 4, 1994, lives with Cerebral Palsy.

In the 23 years since his birth, Michael has endured nearly 40 surgeries and countless stares in public from young and old, his mom Brenda said.

Despite his debilitating disease, Brenda said one thing about her son has remained constant.

"If you look through the pictures, like I did yesterday, he always has a smile on his face," she said.

Michael, a 2014 graduate of Meadowbrook High School, said he remained determined not to let his physical limitations hold him back.

One of his favorite pastimes? Field trips.

"We go to WalMart or Aldi or church,” Michael said.

But his excursions are for more than just shopping. He brings home the bacon too.

"We start hearing about that the night before and making sure his purple shirt is washed," Brenda said.

At the gym, Michael cleans the floors with a customized sweeper that attaches to his wheelchair.

"I’m doing good. I’m going to keep on going," Michael said. "They’re not dirty when I get out of there."

"We have to remind him to take breaks," Brooke said. "A lot of members do come in and expect to see Michael. They enjoy his presence."

VCU job coach Tomoya Lamberson said his sociable client has shined in his position at the gym.

"I wish we all had the work ethic of Michael," Tomoya said. "Seeing the smile on his face every day, when I see him [it] puts a smile on my own face."

Brenda said the job has done wonders for her son.

"I knew that this is something that he has wanted to do for a long time,” Brenda said.

This month Michael celebrates one year on the job.

“You can go out and get a job if you want one. More freedom,” Michael said. “Independence. Independence helps me a lot.”

Michael Whitten on his road to independence. Which happens to be the most spotless streets in Central Virginia.

Michael said he wanted to work his way up the chain at Planet Fitness and hoped to one day to be assistant manager.