Man in Henrico incest case kills 3, including baby, before turning gun on himself 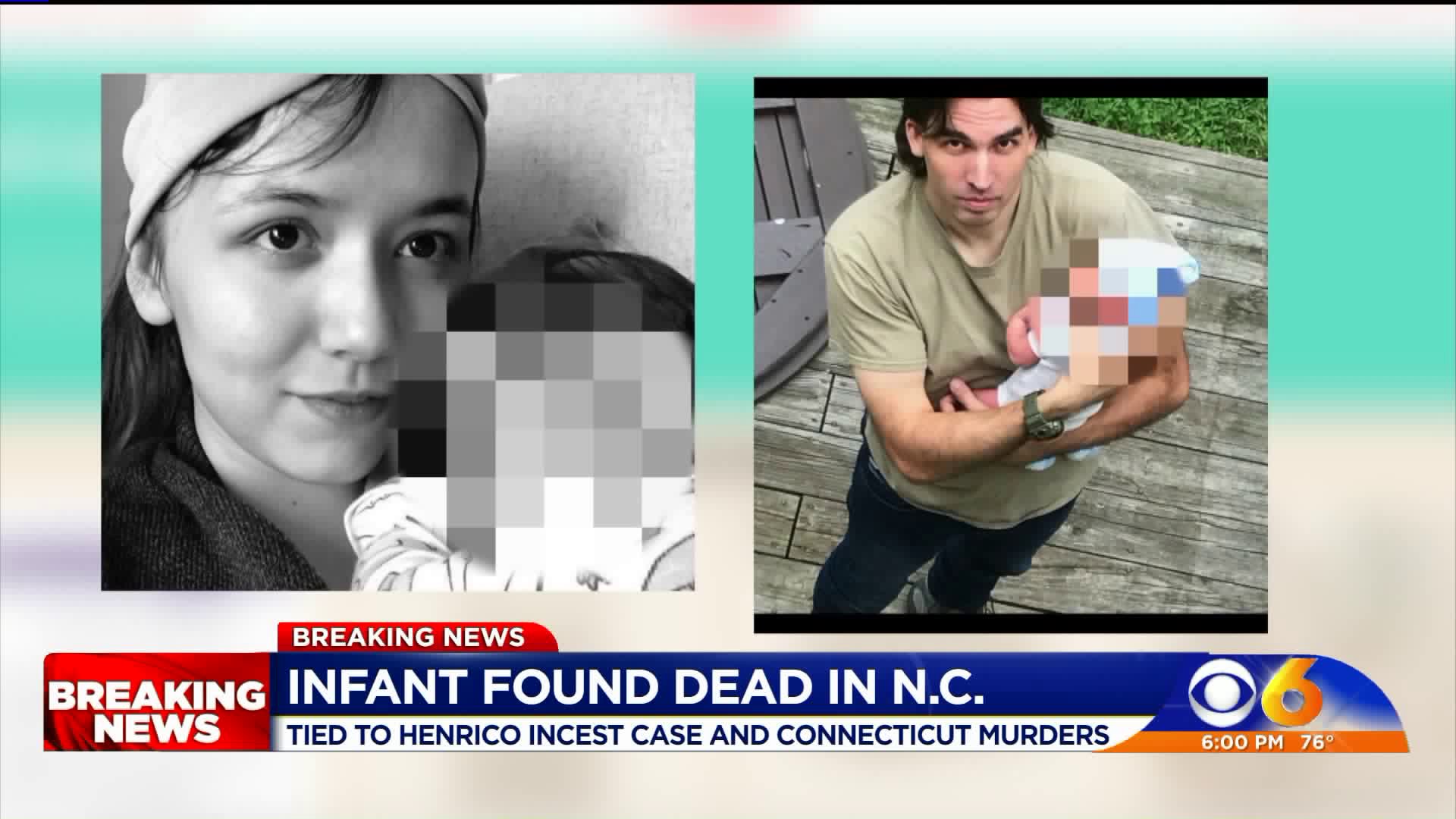 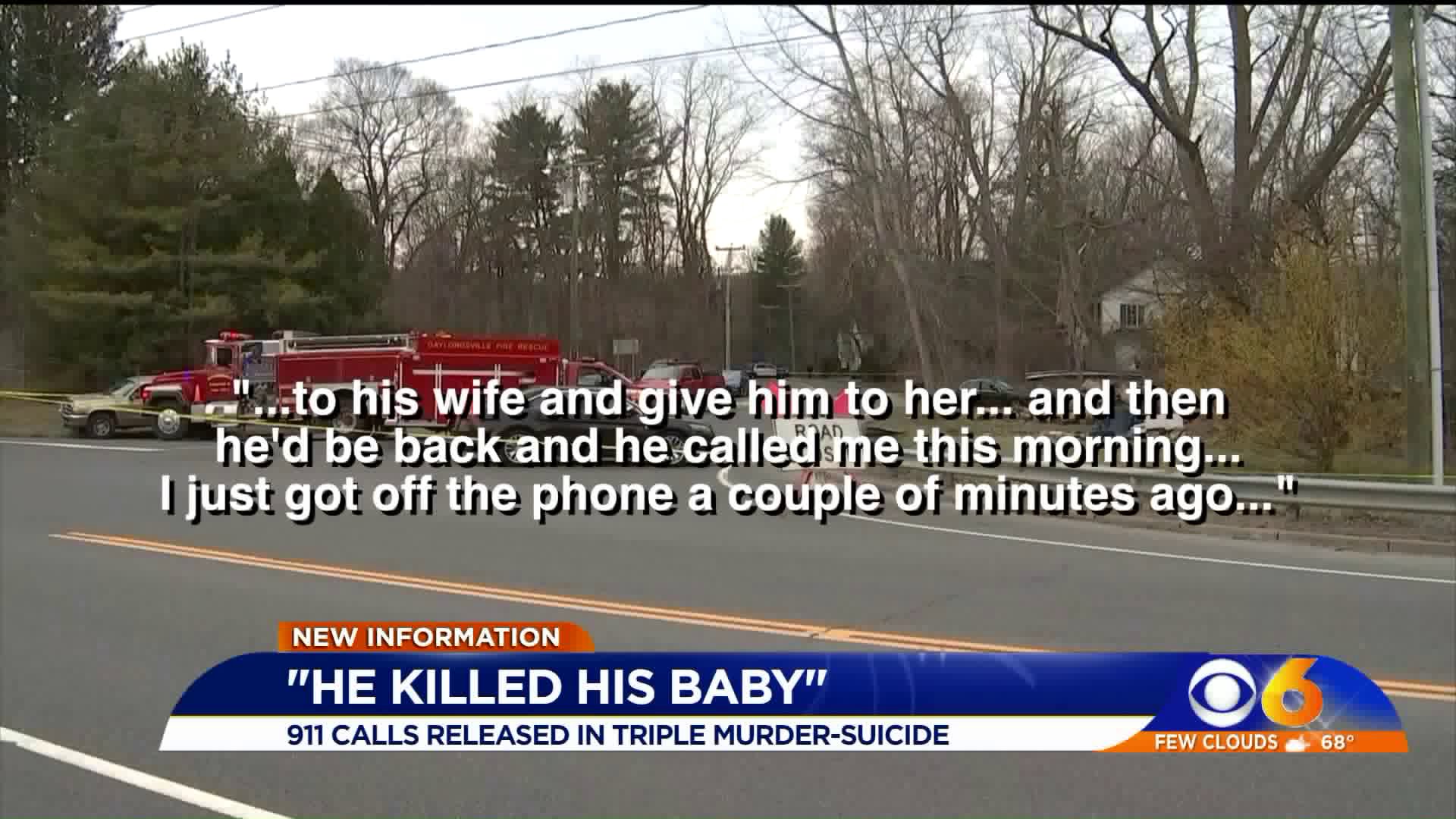 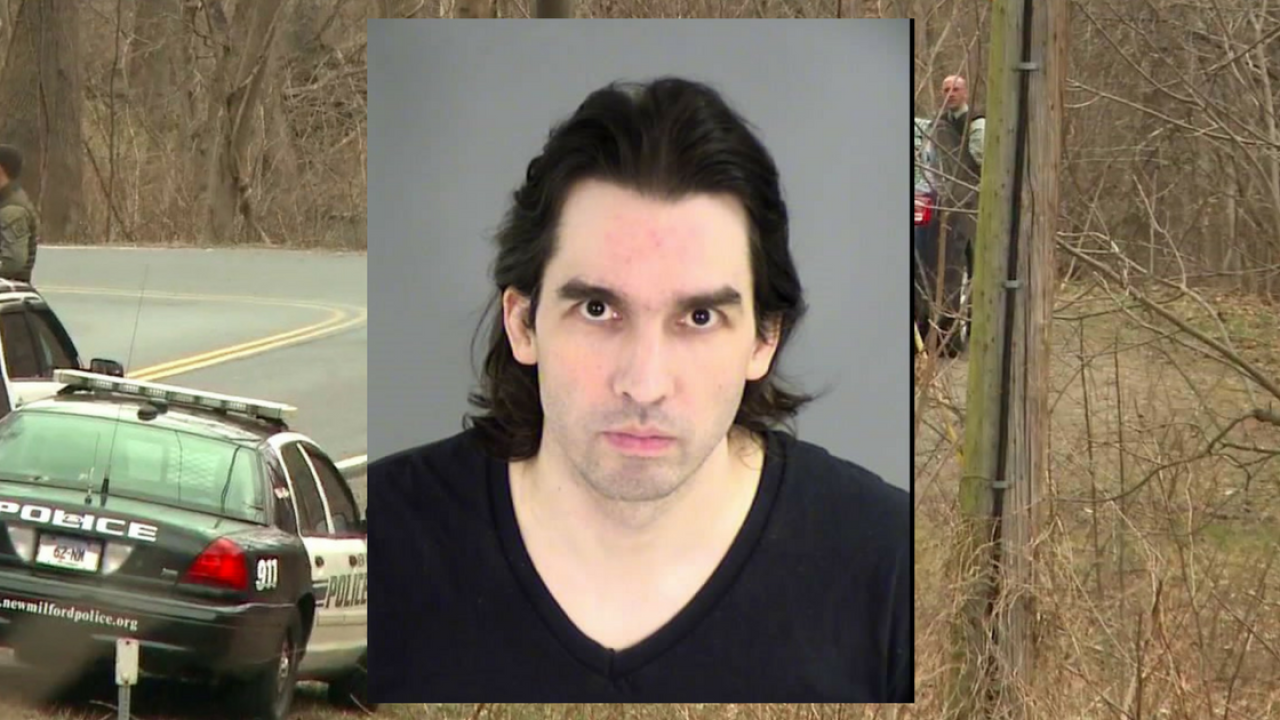 HENRICO, Va. --  Steven Walter Pladl, accused of impregnating his biological daughter, killed her, their son, and her adoptive father before he killed himself on Thursday, according to his defense attorney. The series of murders revolved around the relationship of Pladl, 42, and his biological daughter Katie Rose Pladl, 20, who were charged with incest in Henrico County after Katie gave birth to their son in September 2017.

The first murder occurred at 106 Earlston Court in North Carolina, where 7-month-old Bennett Pladl was discovered dead around 9 a.m. when police responded to a welfare check, according to Knightdale Chief of Police Lawrence Capps. Then in New Milford, Connecticut, police found a man and a woman shot to death in a pickup truck, after a passerby reported the shooting, according to affiliate FOX 61.

Katie and her adoptive father, 56-year-old Anthony Fusco were found murdered in Connecticut, Capps confirmed at a press conference Thursday.

Pladl was found just miles away in Dover, New York, in a light blue mini-van with North Carolina registration. According to Lieutenant Larry Ash, spokesperson for New Milford Police, they found the murder suspect with a self-inflicted gunshot wound.

Investigators are working to establish a timeline of events.

North Carolina authorities said Steven's mother contacted police for the welfare check Thursday, the morning after Pladl picked up his son from her care.

In a 911 call obtained by WNCN in Raleigh, Steven's mother said her son admitted to killing his wife and child.

“Oh God, he told me to call the police and I shouldn't go over there,” Steven's mother told the dispatcher.

“He killed his baby and he's (baby) in the house,” the caller said.

“His wife broke up with him over the phone yesterday...” the caller continued. "I can't even believe this is happening."

On March 16, Pladl, who was released on an amended bond by Henrico County Judge Stewart Williams, was not allowed contact with Katie Pladl or his two children who live in Henrico. As a condition of his bond, he could no longer reside at the 106 Earlston Court home he shared with Katie, where the infant was found dead Thursday.

Katie, age 20, was also previously jailed in Henrico after the couple was extradited to Virginia. She was released on Feb. 28, with a $12,000 secured bond and ordered to avoid contact with Steven. The conditions of her release were that she must reside with her adoptive parents, who live in New York, but  she was allowed to travel outside of the state.

“My understanding is that when Katie Pladl and Steven Pladl were arrested, that my client’s mother moved into that house to take care of their biological son,” said Rick A. Friedman II, the Chesterfield defense attorney who was represented Steven.

“If any judge or any prosecutor or defense attorney involved in any of these cases believed that the Pladl child would be in harm’s way, there would not have been any bond,” Friedman said. “The professionals care too much about children."

The couple reportedly married in July 2017 and their son was born a few months later, in September.  The arrest warrant indicated that the couple intended to marry after he was divorced in June 2017 and online pictures were captioned as wedding photos between the couple.

“I too have seen postings that they were married, my guess would be that it would not be legal under North Carolina or Virginia law for two people who are biologically related to get married,” Friedman said.

The relationship between Steven and Katie began when they met as adults. Former wife Alyssa was 17 and Steven was 22 when they had Katie and opted to put her up for adoption.

Eighteen years later, Katie located her biological parents -- who lived in the West End of Henrico County. She ultimately moved in with them, and called the pair mom and dad, Alyssa said.

Before Katie moved into Alyssa and Steven’s Henrico home, she lived in New York with her adoptive parents, Kelly and Anthony Fusco. Katie, an artist, said in her online portfolio that she planned to attend Dutchess Community College in August 2016 and focus in online advertising.

Instead she moved to Henrico, and a short while later, Alyssa and Steven separated with the intent to divorce.

Alyssa said she had no idea about the sexual relationship between Steven and Katie until she read one of her other daughter's journals where she found drawings of a pregnant Katie. She also said her daughter had written that Steven was making her call Katie her step-mom.

"There are no words to describe the sense of betrayal and disgust I'm feeling," she told DailyMailTV. "I waited 18 long years to have a relationship with my daughter - and now he's completely destroyed it."

Alyssa later took out protective orders against Steven, so he could not go near her or their two younger daughters. She said she believed Steven brainwashed and manipulated Katie.

In addition to the incest charge, Steven and Katie were charged with two counts of contributing to the delinquency of a minor.