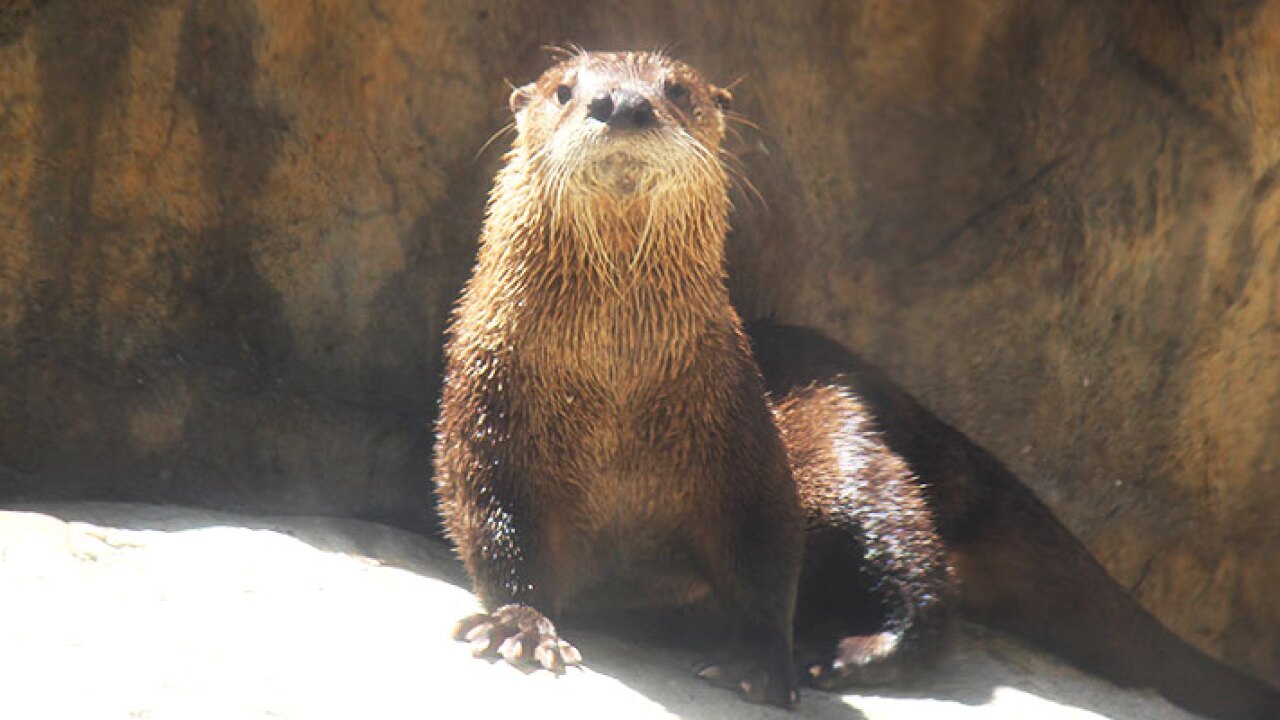 RICHMOND, Va. — Ella, a river otter who arrived at Maymont last May, has died, according to a park spokesperson.

“Ella was a spunky and energetic girl,” Maymont Aquarist Delaney Sheire said in a blog post. “She never failed to put a smile on my face, especially when playing with clam shells and straw piles.”

Ella died Sunday after she was taken to Wellesley Animal Hospital for an oral/dental exam over the weekend.

“She was exhibiting behaviors that were indicative of tooth sensitivity and pain,” a Maymont spokesperson said. “Sadly, she did not survive the procedure due to complications while under anesthesia.”

A preliminary necropsy did not indicate any abnormalities, according to Maymont.

Results of a more in-depth necropsy are pending.

“We experienced an emergency during her anesthesia for the root canals,” veterinarian Dr. Kelly Gottschalk said. “Her heart stopped unexpectedly and there was a quick buildup of carbon dioxide.”

Ella and a male otter named Louis arrived at Maymont last May after the park’s two longtime otters Neptune and Pandora died within weeks of each other.

The search for another otter depends on several factors, said Joseph Neel, the manager of zoology at Maymont.

“What would be best for Louis, ensuring that our facility can accommodate a quarantine system, and the availability of an animal,” Neel said.

Maymont has a policy in place that their mammalian and avian animal acquisitions are not collected from the wild.

If Maymont were to acquire another otter, it would have to be on a 30-day (minimum) quarantine, which would entail testing for possible diseases/parasites, behavioral and feeding observations, as well as vaccinations.

Otters are social animals, Neel explained, but in captivity, “it would be a slow introduction and progress would depend on observed behaviors and reactions to one another.”

“In the meantime, Louis appears to be doing well; the aquarists continue to work with his training regimen,” Neel said. “Additionally, we are increasing his enrichment activities to ensure that he is continually stimulated.”