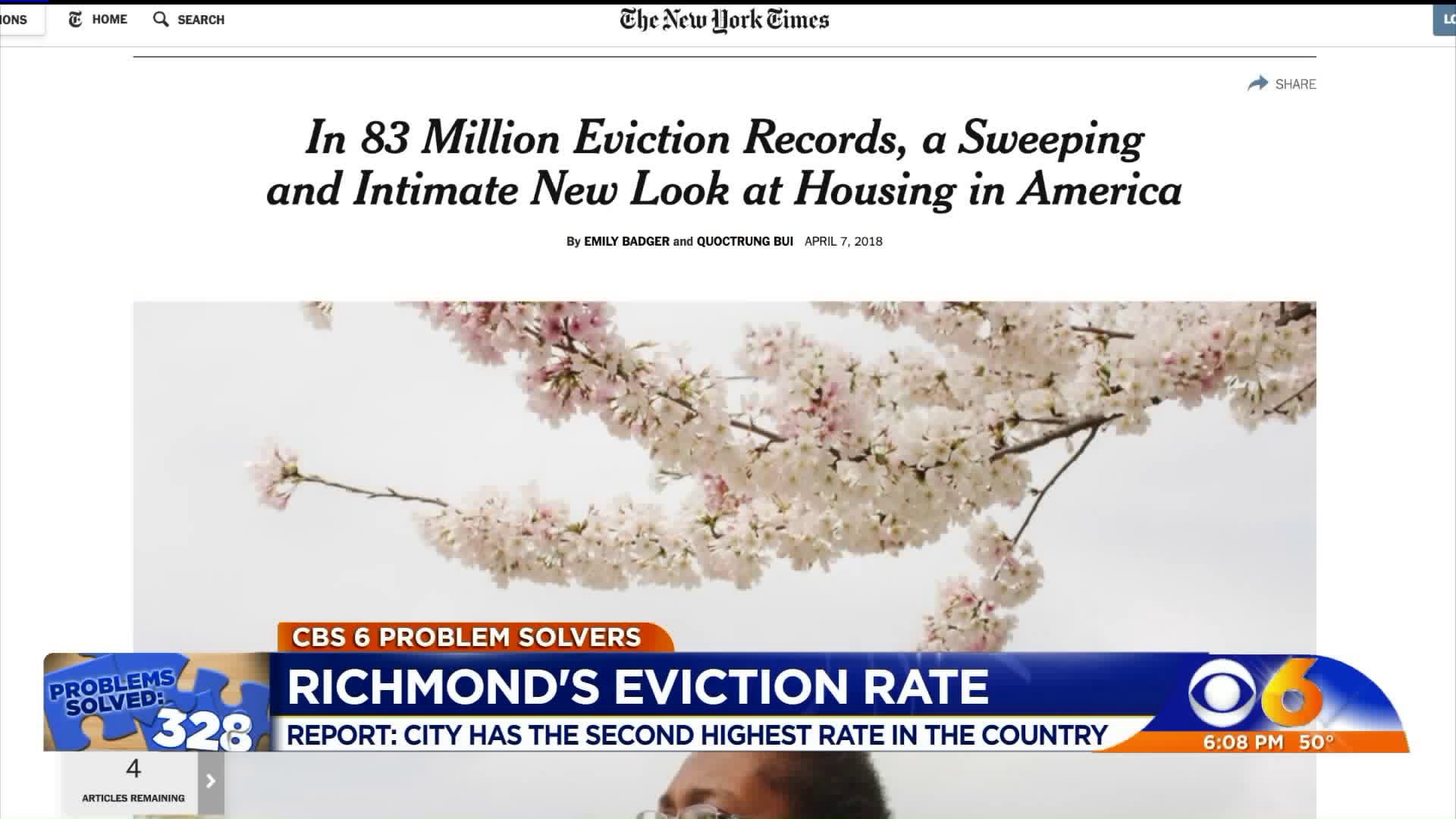 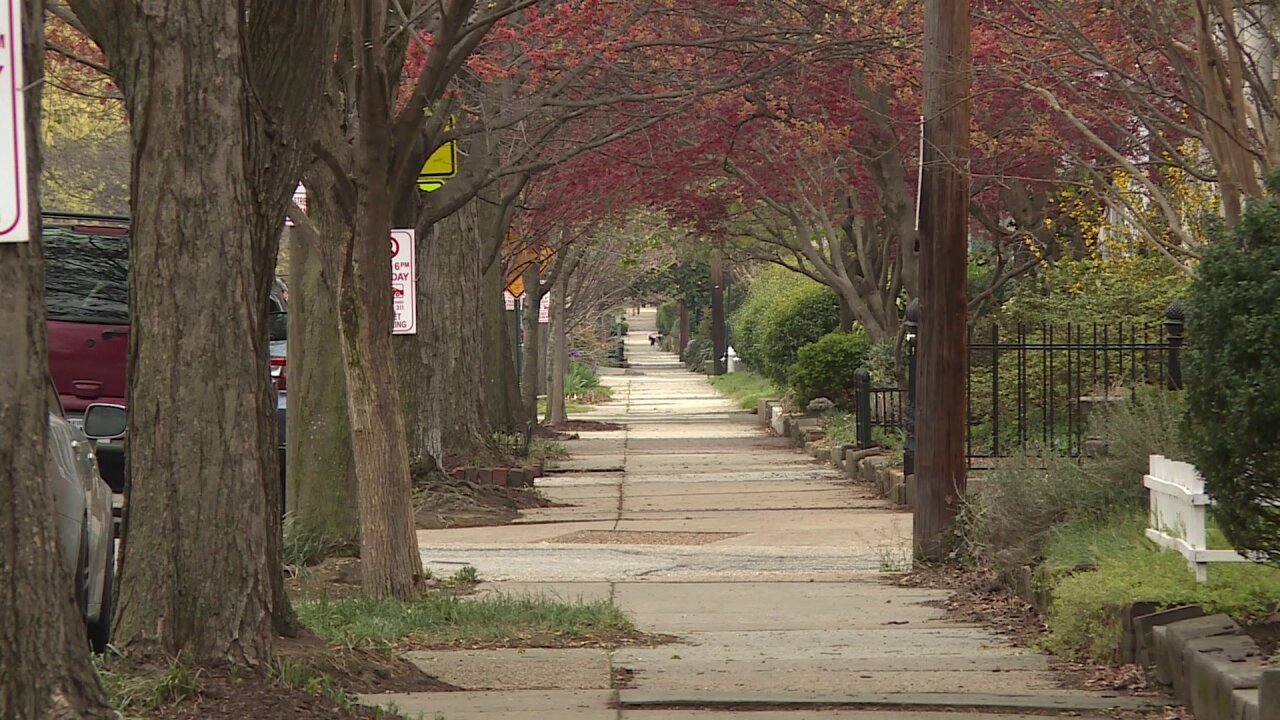 RICHMOND, Va. -- Ebony Lanier works hard to give her son a stable home life because she will never forget the time in her childhood when her family was evicted from their New York City apartment.

“They just pack you up and send you out on the street,” Lanier said.

So far, she’s made her rent payments on time in Richmond, but, according to a recent article in the New York Times, Richmond has the second highest eviction rate of all large cities in the country.

“Richmond is a Pandora’s box of all of the things that would contribute to a high eviction rate,” Wegbreit said. “You’ve got a shortage of affordable housing, you've got poverty, you've got racial segregation, you've got laws that are not favorable to tenants, and a legal system that is not very user-friendly to tenants.”

The article refers to data compiled by a team of sociologists at Princeton University.

It found Richmond had 6,345 evictions in 2016, meaning for every 100 units rented, a little over 11 of the renters experienced eviction.

“It is because there is a shortage of affordable housing and so an enormous percentage of tenants in Richmond are paying well more than 30 percent of their income for rent,” Wegbreit said.

In the smaller city categories, the data shows Petersburg has even higher eviction rates, at roughly 17.5% and 15% respectively.

But, Patrick McCloud, who heads up the Virginia Apartment Management Association, claims the data cited by the New York Times is misleading.

“They cited the unlawful detainer action as their ‘eviction’ as opposed to the actual eviction, which is the resident moving out of the unit and the sheriff showing up to move them out of the unit,” McCloud said.

According to data compiled by his office using data from the Richmond Sheriff’s Office, Richmond’s eviction rate in 2017 was just 3.7 percent.