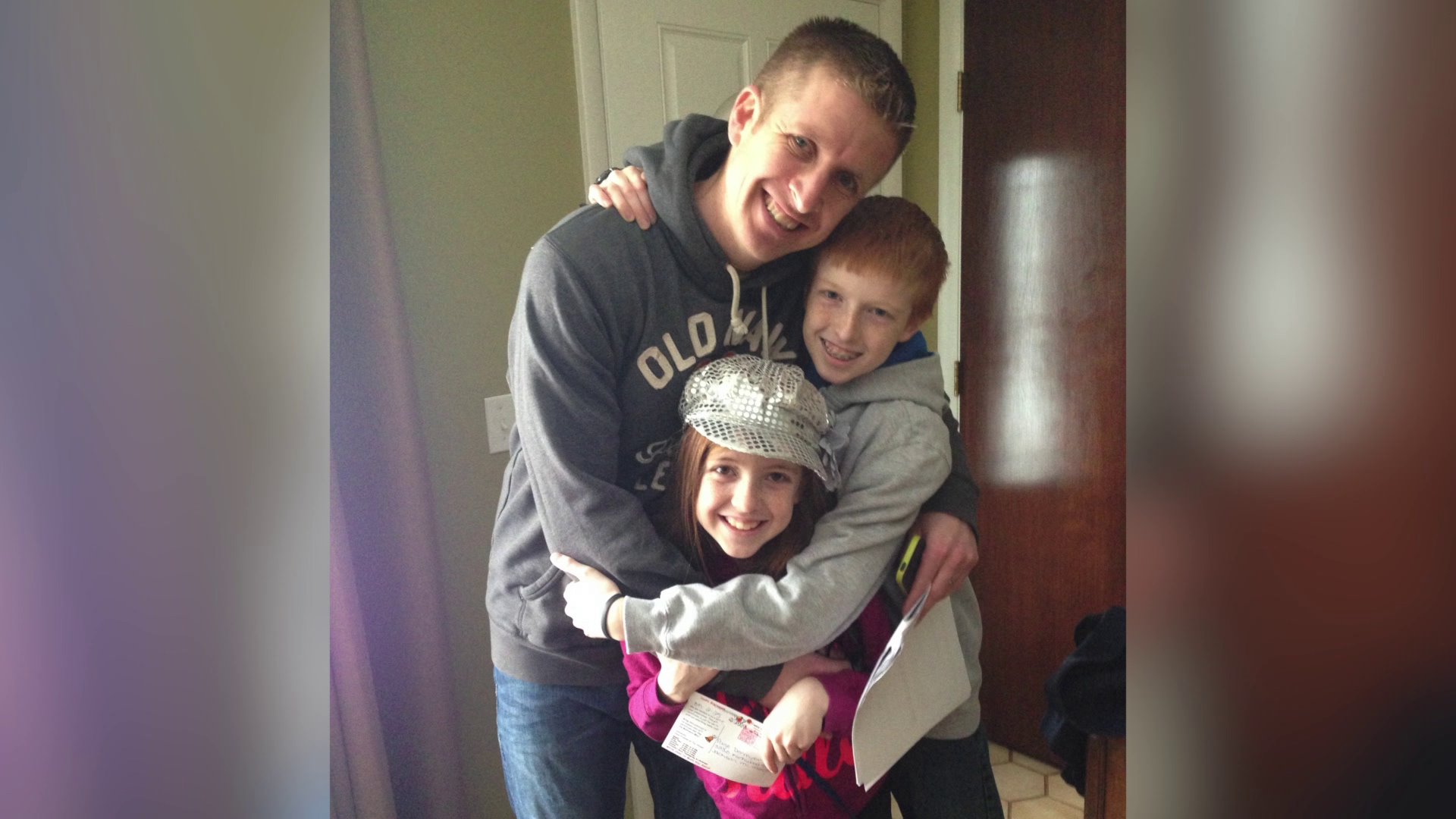 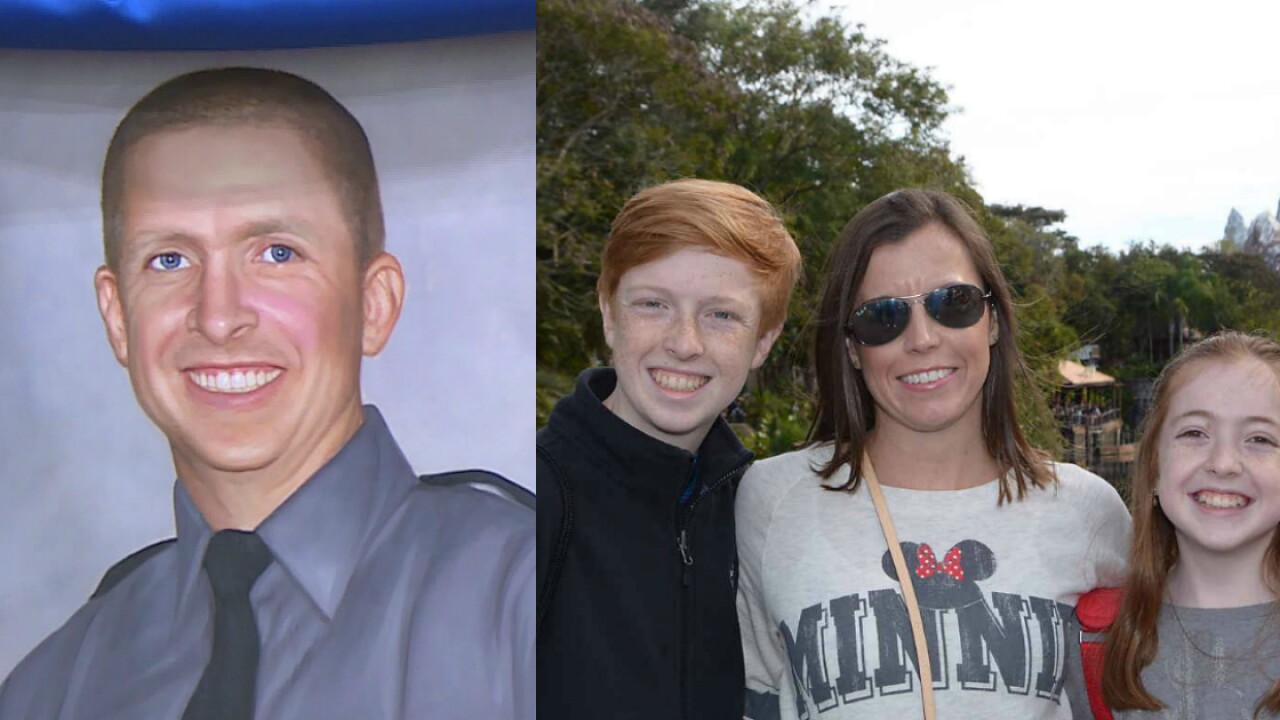 RICHMOND, Va. -- Two years after a Virginia State Police trooper was fatally shot during a tactical training exercise at the Greyhound bus station in Richmond, his widow is sharing her family's day-by-day journey to honor the beloved lawman and father of two.

“I think still, to this day, we take it one day at a time," Michelle Dermyer, Trooper Chad P. Dermyer's widow, said.  "And every day that we wake up and do what we need to do to get through the day, we continue Chad’s legacy and honor the life that he lived.”

A portrait was unveiled in honor of slain Trooper Chad Dermyer during a memorial service in Chesterfield.

The 37-year-old was shot and killed on March 31, 2016, while taking part in a tactical interdiction training operation at the bus station. Dermyer approached a man and verbally engaged with the individual when he was shot. He later died at VCU Medical Center from the injuries he sustained.

The "Chad Shelf" in the Dermyer home.

Michelle Dermyer said she remembers that Thursday afternoon like it happened yesterday.

"Someone with VSP came to my work and drove me to VCU Medical Center," she said. “And then having to tell my children that night when they came home,  that their father had been shot and killed. It’s a day that will stay with me for the rest of my life.”

The family has a special way that they keep Trooper Chad front and center in their home.

“I have a shelf that I bought that my son put together, shortly after he was killed, that we have mementos of things that were given to us at his funeral," Michelle Dermyer said. "We’ve got pictures and badges... We call it our Chad shelf. ”

Michelle Dermyer said her husband would have been surprised by the influence he had on the public during his lifetime and after his passing.

“It’s amazing and I don’t think that Chad even realized the impact that he had on others," Michelle Dermyer said. "Anytime someone knows who he is and what had happened, they will share a story of how he touched their lives in a special way."

Trooper Dermyer's widow said he was a hero that was "truly a one-of-a-kind man."

"Chad was a man of honor and integrity. He was an amazing man, an incredible father and the most wonderful husband," Michelle Dermyer said. "And it is important for my kids and I to continue his legacy and make sure he is never forgotten. He died a hero that day and he was always be remembered for that."

Michelle Dermyer and her two children.

Two years into her journey, Michelle Dermyer shared the major lesson she has learned: life is truly a gift.

"We must live it and make the most of each and every day because we are not guaranteed tomorrow," Michelle Dermyer wrote. "I honor my husband and the 16 years we shared together by moving forward in life because I know it's what he would want me to do. I've stepped outside my comfort zone and embrace this amazing life I've been given. I do it for Chad, our kids and myself -- and I can honestly say I am proud of how far I have come these last two years. I continue to keep my head held high and make sure my husband and hero is never forgotten because his life mattered.​" 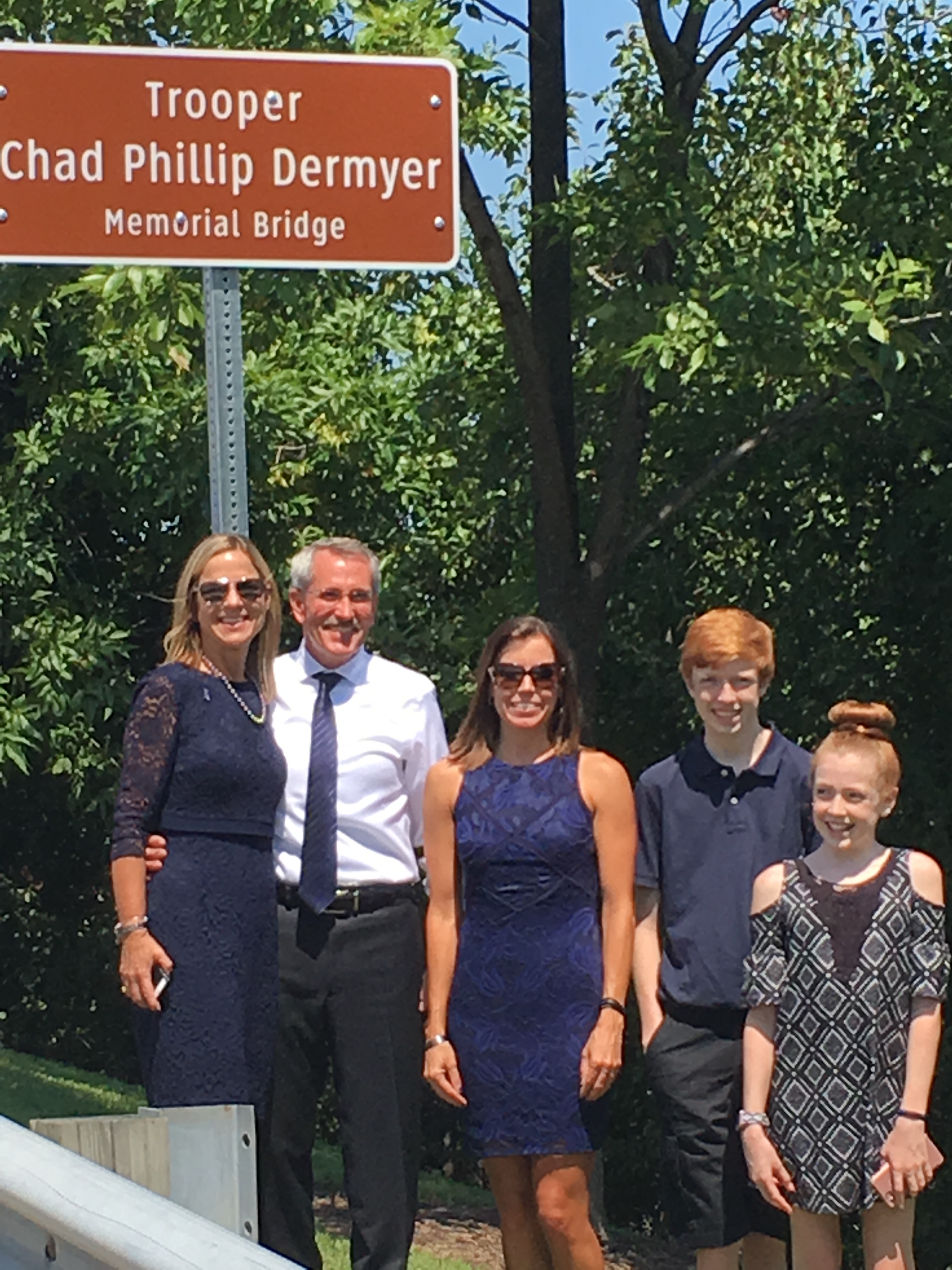