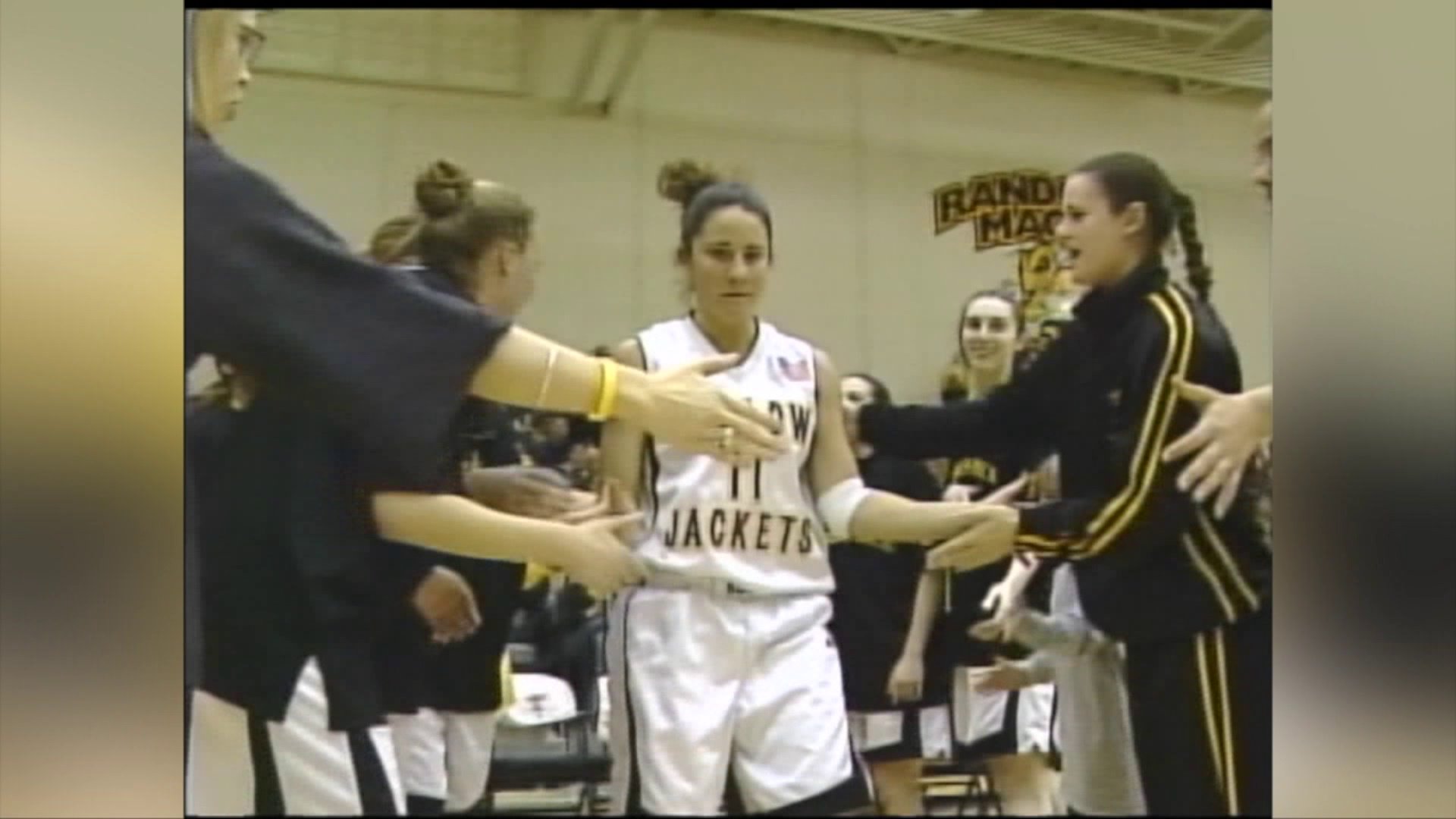 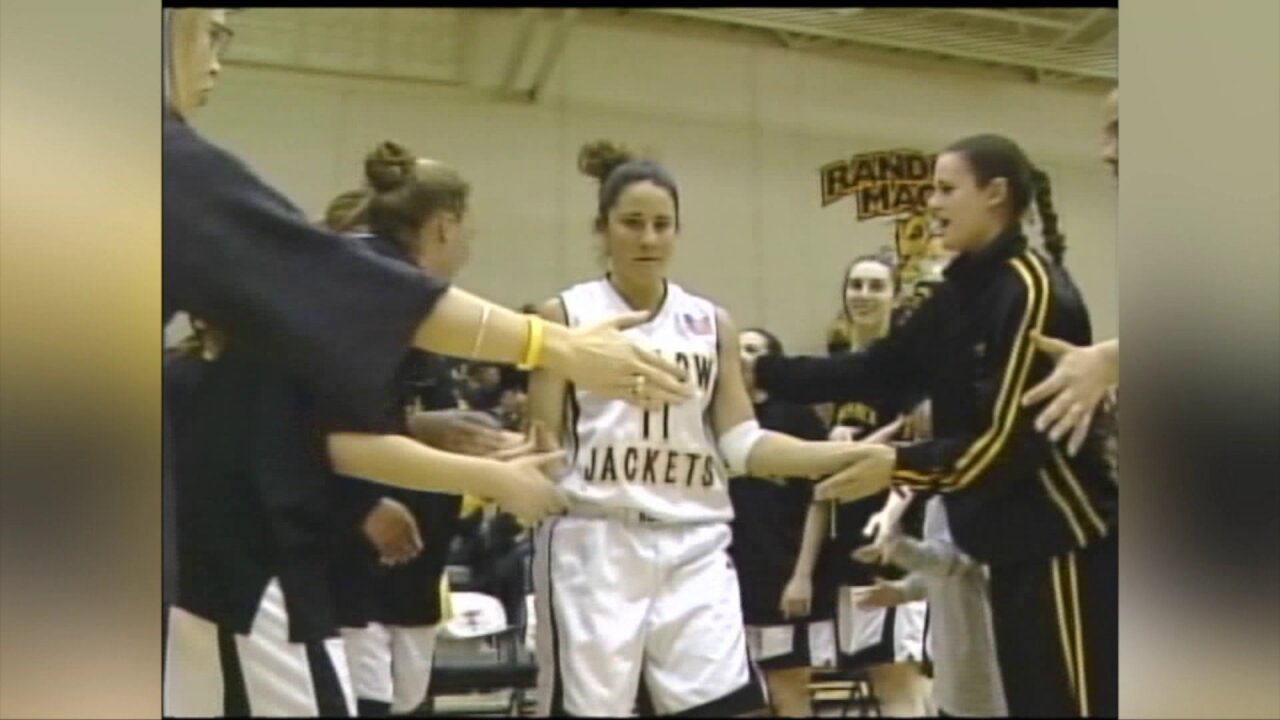 RICHMOND, Va. -- When the Monument Avenue 10K kicks off on April 14, the full force of the Richmond Sportbackers will be in effect, running one of their signature events of the year.

At the helm of those efforts will be Megan Silva Schultz, the Sportsbackers director of events, doing dozens of things that will go unnoticed by the average runner or spectator.

"I play a utility role," Silva Shultz explained recently. "I work as our medical liaison with our partners at Bon Secours and the city of Richmond Fire department, Ambulance Authority. I'm available to put out fires as needed."

It's not exactly how she envisioned putting a business degree from Randolph-Macon to use when she graduated, but it was another part of her college experience prepared her perfectly for this role.

"You can see a lot of the qualities that made her such a great basketball player as an event director here at the SportsBackers," said SportsBackers Marketing Director Scott Schricker. "Very, organized, hard working, tireless."

Schricker added jokingly that as an event director, Megan is a great basketball player. Maybe one of the best Richmond has ever seen.

Coming out of Hermitage High, Megan was a district player of the year, and an all-state selection, good enough to be recruited by some division I schools. But one Sunday afternoon, she visited Randolph-Macon and a coach who had been watching her since her first games at Hermitage.

"Just the things that she did consistently on the court was just so impressive as a freshman," said longtime Randolph-Macon women's coach Carroll LaHaye. "I kept saying to myself, we have to get that player to Randolph-Macon."

The division III campus in Ashland just felt like home, and for the next four years, Megan re-wrote it's record books, putting up more points, assists and steals than any player in school history, male or female.

The Yellow Jackets won 99 games in her four years, made the national title game in 2005 and the elite 8 in 2006. Megan was named the Honda National Athlete of the Year following her senior season.

You will learn none of this information talking to Megan herself.

"A lot of the people that we work with on a daily basis that might know her and think they really know her don't even know that about her," said Megan Capito, a development manager and a former teammate at Randolph-Macon. "They probably know she played basketball at Randolph-Macon but not the success that we had as a team or that she had individually."

While she remains an active supporter of Randolph-Macon, Silva Shultz now spends her energy with the SportsBackers and as the mom of twin 2-and-a-half-year-old boys. It was chasing after them one day that almost caused her to miss a somewhat important phone call from Eddie Webb, the director of the Virginia Sports Hall of Fame.

"I get this random call from a 757 number," Silva Shultz remembered. "I answer it because I'm not sure what's going on. Eddie asks 'Do you have time?' and I'm like 'I don't! These kids are in opposite directions.' He said 'No, I think you're going to want to make time.'"

Webb was informing her that she will be a member of the class of 2018, and will become just the second division III athlete to be inducted into the Hall. It's an honor she shares with her parents, her husband and every teammate she had in her four years in Ashland.

"All of us could not think of someone more deserving for this honor, especially for a Division III female athlete," Capito said. "We're just so excited for her."

"I'm so proud of Megan and what she's accomplished and what she continues to do in her daily life," LaHaye added.

That includes remaining an active supporter of Randolph-Macon. Megan brings her boys back to campus on a regular basis where they can see their mom immortalized for achievements they do not yet understand.

"One of the coolest things I love doing with them is taking them to Randolph-Macon and seeing them enjoy the campus," said Megan.

"They don't know anything about what it says. It's just like 'there's mama!'"

Silva Schultz has gone back regularly to speak to current teams at RMC and gives them a similar message each year. Four years of college go by very quickly and you have to make the most of them.

This year's induction ceremony at the Virginia Sports Hall of Fame will take place on Friday, April 6 at the Sandler Center in Virginia Beach.