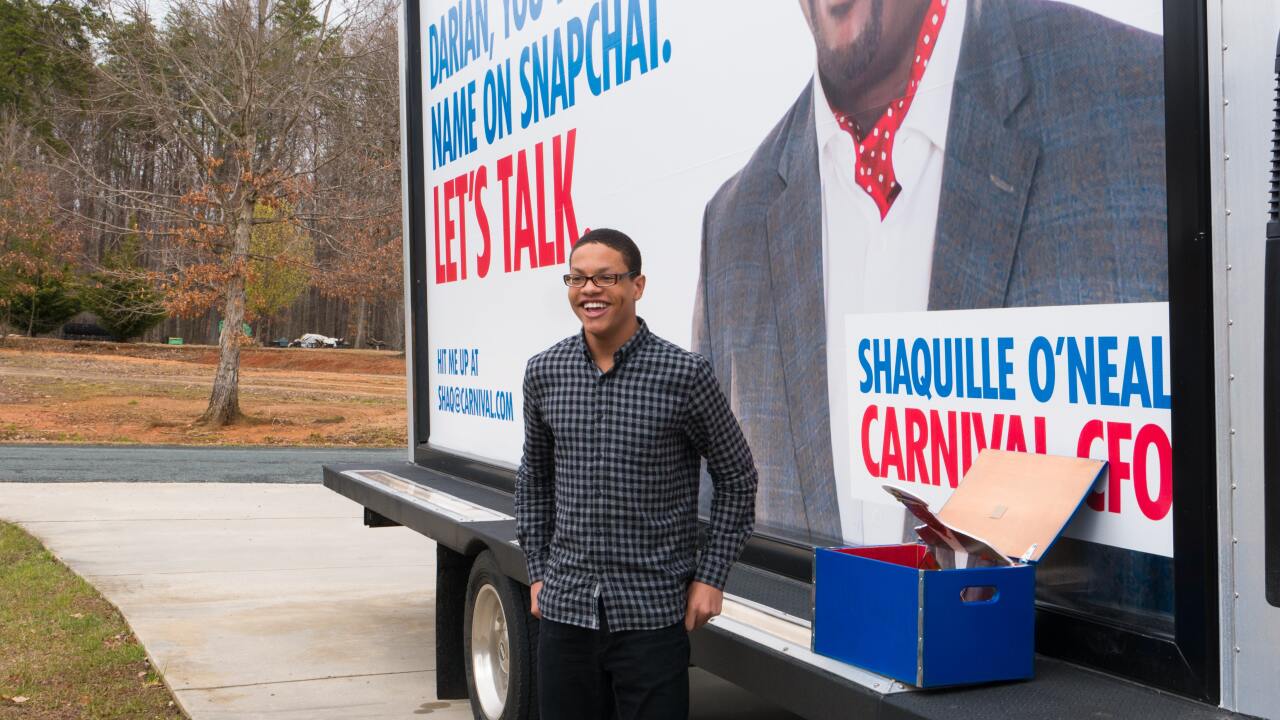 PRINCE EDWARD, Va. — A Virginia teen from Prospect in Prince Edward, certainly played his cards right when he created a Snapchat handle named after Carnival Cruise Lines. Darian Lipscomb, 16, considers himself a super fan of the cruise ships. Lipscomb has been cruising since he could walk and has already sailed on four Carnival cruises.

The cruise line became interested in getting that handle in place before the inaugural voyage of its newest ship, Carnival Horizon. So they made Lipscomb an offer hard to refuse —a free voyage aboard Carnival’s newest ship, in exchange for the @CarnivalCruise Snapchat handle.

Carnival traveled to Prospect to surprise the teenager with the opportunity to hand over the social media handle. They planted mobile billboards and signs throughout the town featuring the line’s newly appointed “CFO” (Chief Fun Officer), NBA Hall of Famer Shaquille O’Neal. Signs featuring the larger-than-life Chief Fun Officer in a captain’s hat were placed in conspicuous spots around town.

The following day, Carnival surprised Lipscomb in person at his home, to officially extend the invite for him to sail aboard Carnival Horizon.

Lipscomb accepted Carnival’s offer and will depart Prospect bound for Barcelona on March 31, to experience his fifth Carnival cruise and first-ever sailing  to Europe aboard Carnival Horizon.

Carnival will capture Lipscomb’s fun-filled journey and share it with fans across the line’s social channels.