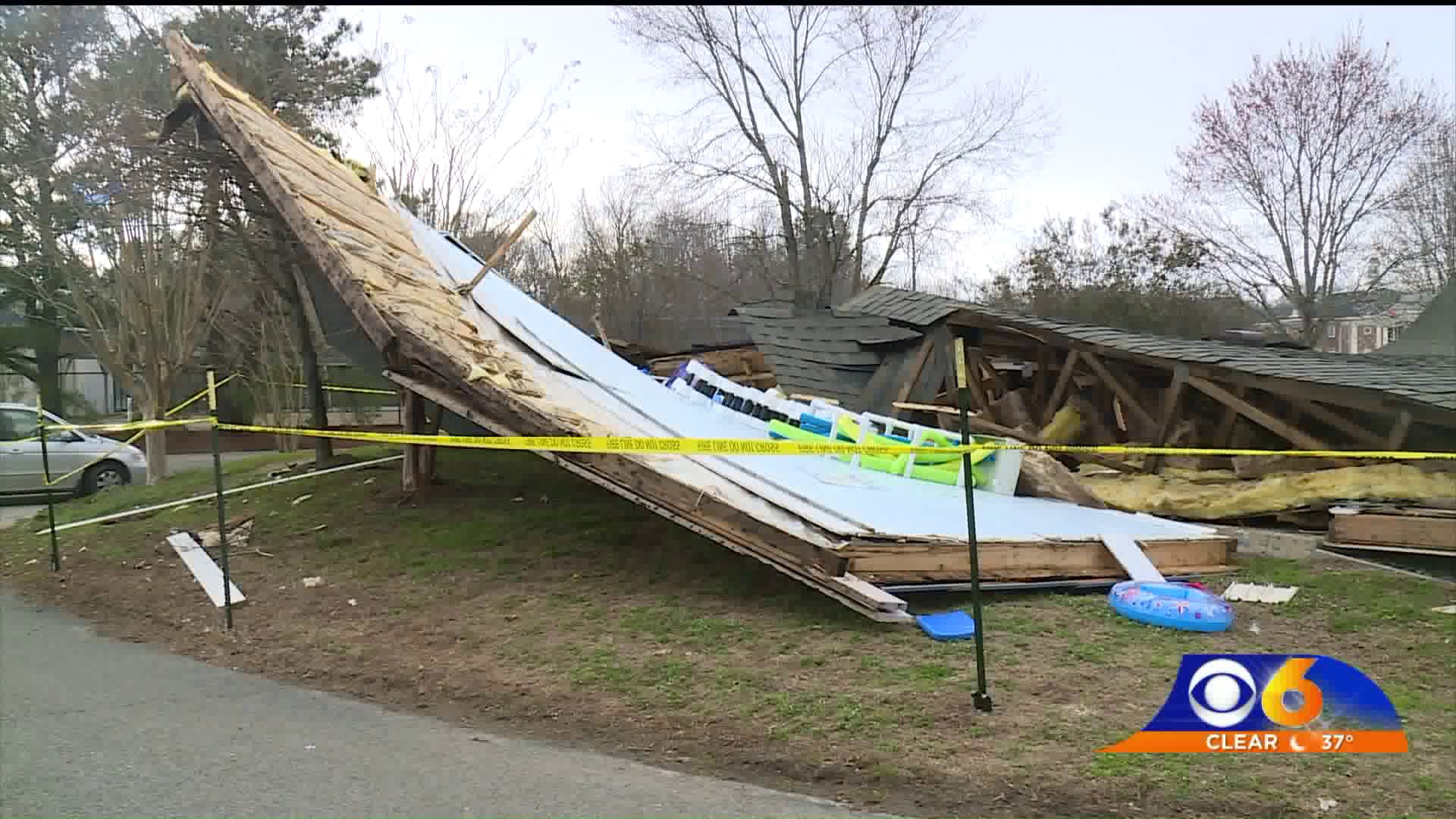 TAPPAHANNOCK, Va. -- A pool house collapsed at a popular gym in Tappahannock over the weekend.

It happened at the aquatics facility at River City Fitness at 1025 Hobbs Hole Drive.

One of the owners of the business told WTVR CBS 6 that they noticed some warping on the building on Friday, so they closed the pool facility.

When they arrived Sunday morning, they found the structure “flattened.”

"Thank God the pool area had been closed since Friday so no one was hurt," reads a message on the business' Facebook page. "Although the other areas of the building, including the locker rooms, lobby and fitness area were unaffected, River Fitness will remain closed for a few days while we have the building checked out. We will be opened again as soon as possible..."

There has been no word yet when the facility will reopen.