Parkland student survivor throws up on stage, then finishes her speech 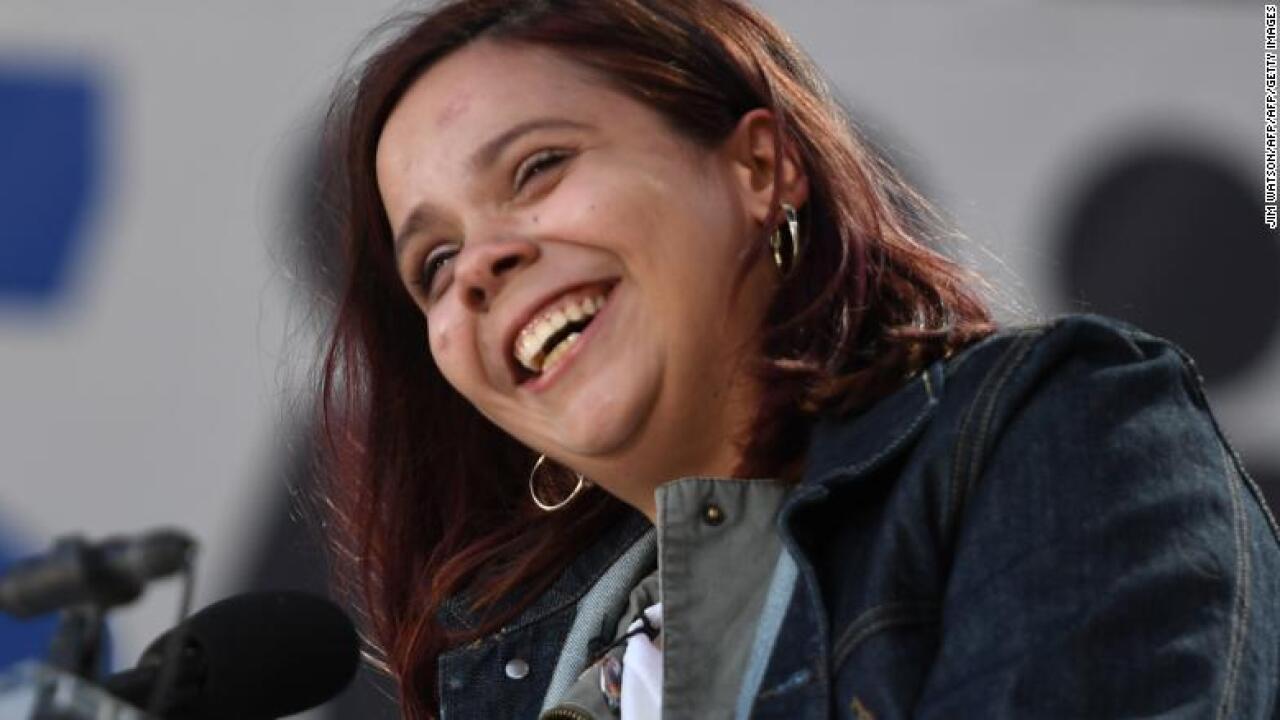 The March for Our Lives participants are articulate and organized, so it’s easy to forget that many of them are teenagers who might be overwhelmed by the weight of the moment.

Samantha Fuentes, who was wounded in the Marjory Stoneman Douglas High School shooting, proved that Saturday afternoon when she threw up behind the lectern in the middle of an impassioned speech to thousands in Washington.

Fuentes bounced back up and proclaimed, “I just threw up on international television, and it feels great!”

Then she continued with her speech, saying: “Our mission is simple, and our visions are unbeatable. Let’s keep the guns out of the hands of the wrong people and keep them in the hands of the safe and the reasonable … so either you can join us or be on the side of history who prioritized their guns over the lives of others.”

She asked the crowd to join her in singing “Happy Birthday” for one of the 17 Parkland victims, Nicholas Dworet. Fuentes said he was shot in front of her.