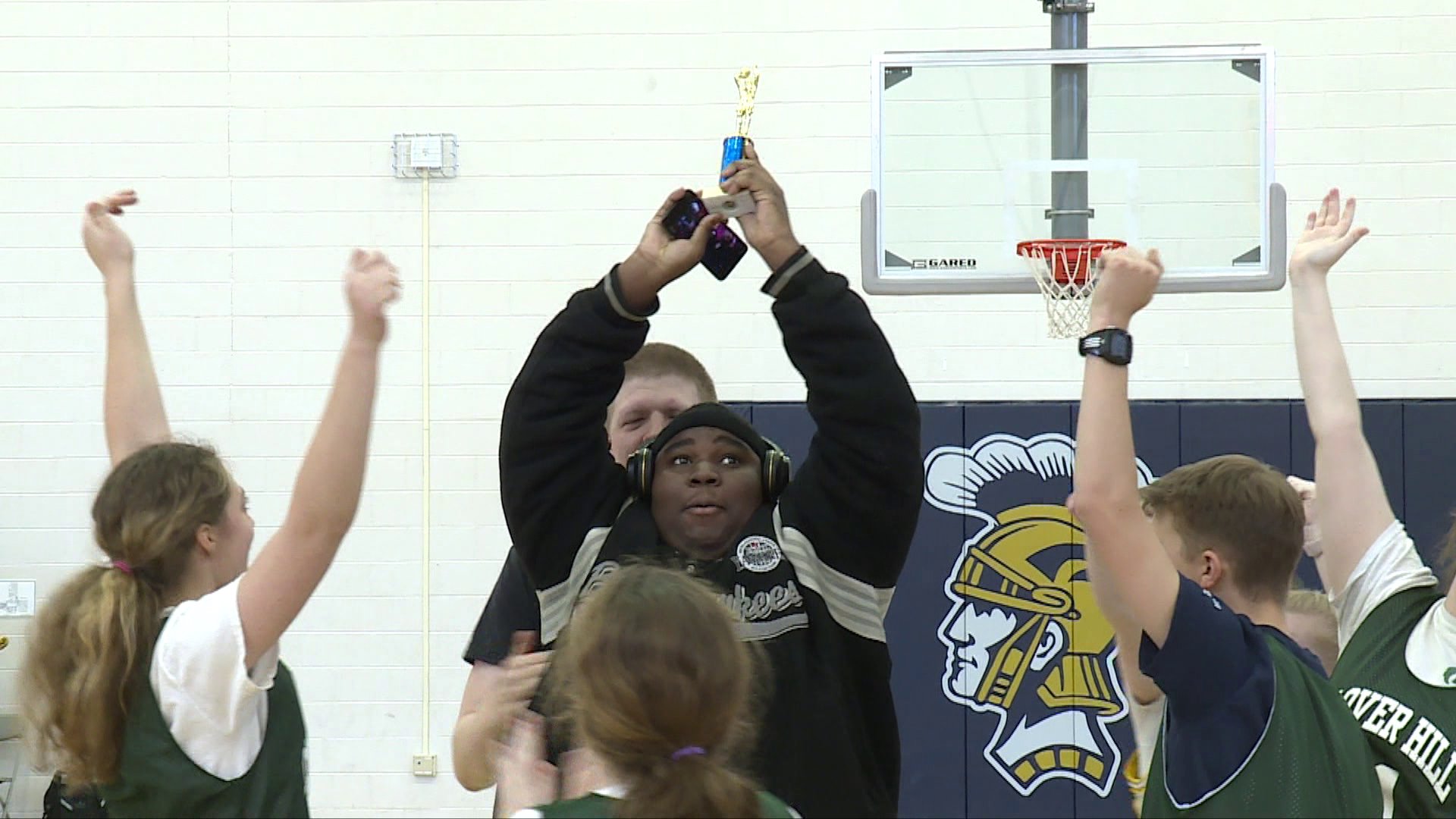 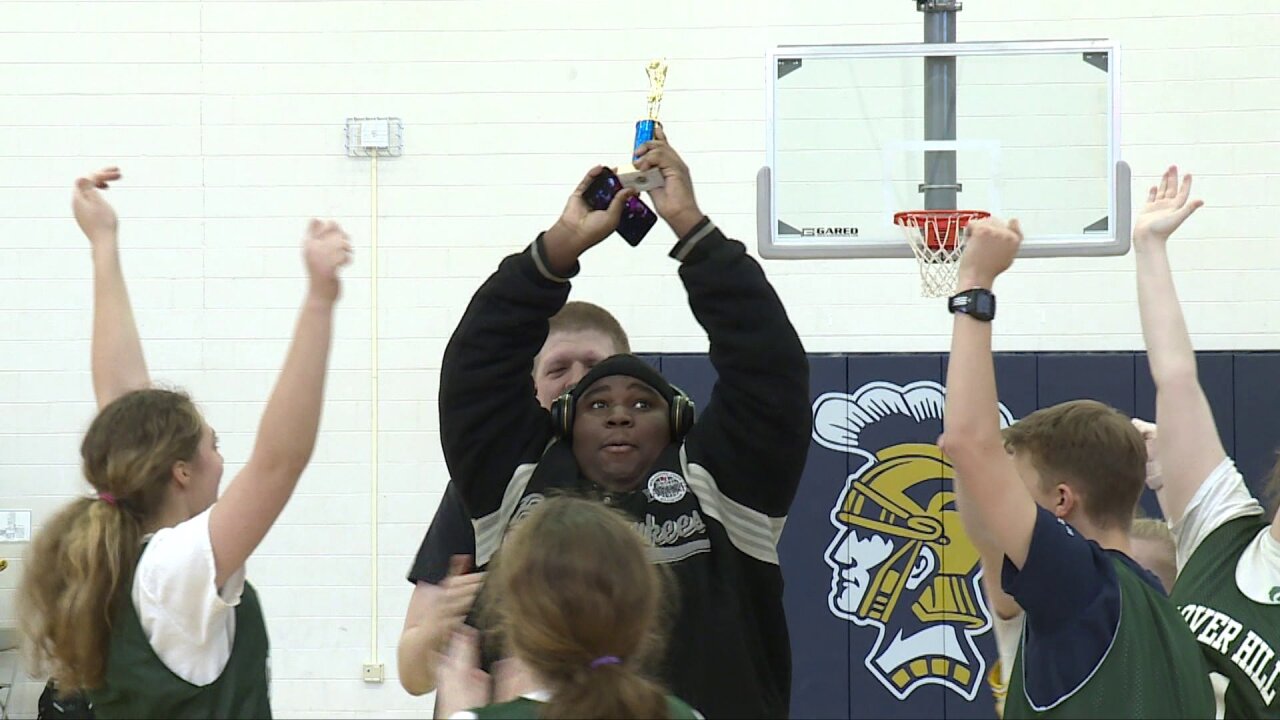 CHESTERFIELD COUNTY, Va. -- Every March, the sounds are the same.

Basketball courts across the country have been humming with activity since Thanksgiving, but in March, the atmosphere is different.

"This is what they look forward to the most out of their entire year," said Randy Early, a teacher and coach at James River High. "We start school in September and they start asking me 'When do we start basketball?'"

The gym at Midlothian High is no different in any of those regards....but it is different in one very important aspect.

This year, Midlothian hosted the finals of the Medford League. Started back in the 1970's it's a basketball league in Chesterfield schools for the intellectually and physically disabled. It's original goal was to give kids who might not have the chance otherwise an opportunity to get involved in basketball and being part of a team.

It has since expanded to Powhatan, Cumberland and Amelia and what it has become is so much more.

"This is all about participation and making our students part of the fabric of their school communities," said Early who also coaches James River's Medford team.

"They get such a big thrill out of this stuff," added Midlothian Medford and varsity boys coach David Brohl. "It's not even really being on the court, but it's getting their name announced and just having people cheer them on."

The cheering is what gets your attention. Games usually take place during lunch hours at each individual school, and they have become some of the biggest events of the week, drawing capacity crowds with the athletes getting back just as much as they give.

"It's just a feel good activity," said Clover Hill girls varsity and Medford coach Cindy Gay. "Everyone has a wonderful time doing it."

Gay then turned to one of her players, Tyrik Williams to ask for his thoughts on the league. "What are the two rules of Medford? You remember?" Gay asked him.

Tyrik had his eyes on his stat line, but was quickly corrected by his coach. "No!" Gay reminded him with a smile. "Try your best and have fun!"

"Winning goes out the door here" Brohl added. "The only reason we keep score is so that the kids see when they make a basket, they get to have points on the board. Our record was whatever it was this year. I couldn't even tell you because it doesn't matter."

What happens on the court is just the beginning. Coaches and teachers have soon realized that the inclusion and interest from the rest of the student body extends outside the gym and into the hallways and classrooms.

"They'll be walking down the hall and teach other kids to say hey, great shot to normally someone they would never talk to: Gay said.  "A lot of the volunteers have never really worked with anyone a little different than them. So they get a little exposure, become a little deeper of a person."

"It really opens everyone's eyes to the possibilities and what can be there if you just try."

"Kids have just been extra kind to this group, to this bunch," Brohl said. "Anytime they see them in the hallway, it's giving them a high five, an extra smile."

Nina Perkins is a Midlothian parent who's son Will is a sophomore. She explained that Will was reluctant to try basketball with the Medford program, even though he had spent years watching his sister play the sport.

"He was so accustomed to being in the background," Perkins said. "After the first game, he was all in. I still get goosebumps when I come to these games."

"You can't be anything but uplifted by watching the joy our students get by playing basketball," said Early.

Many of the Chesterfield Medford athletes will now turn their training and attention towards this year's Special Olympics. Richmond will again host the Virginia state games June 8-10.