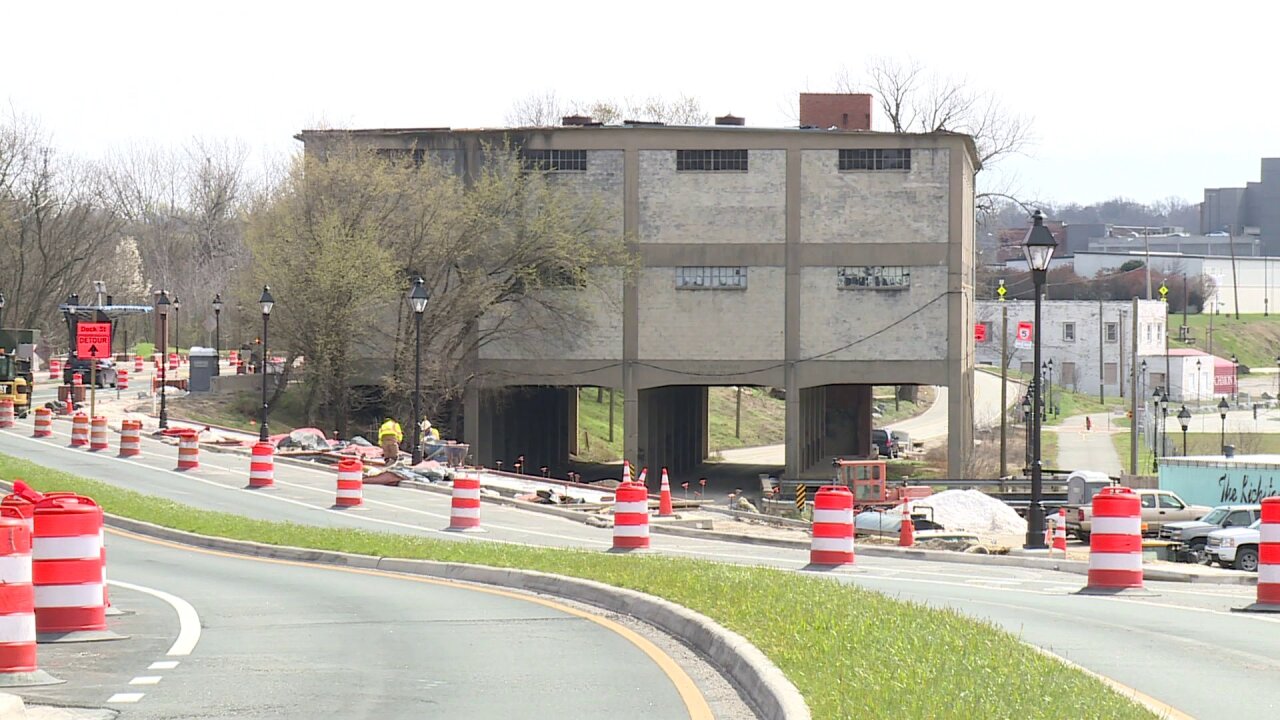 RICHMOND, Va. – Stone Brewing is working to design a new building after a report determined the structural integrity of the historic Intermediate Warehouse Terminal #3 will not support the proposed renovation for Stone’s World Bistro & Gardens restaurant and taproom.

The bistro-style restaurant and beer garden is the phase two development in Stone Brewing's agreement with the City, it follows the 200,000-square-foot brewery and distribution center that opened in 2016 in Fulton.

Richmond’s Economic Development Authority (EDA) owns the 1937-built warehouse at 3101 E. Main Street. The old sugar warehouse was built on stilts over Wharf Street, which will soon be permanently closed off to traffic, from Ashe St. to Nicholson St.

Google satellite shows the changing area around the building. The entire stretch of Wharf Street pictured will be closed to traffic eventually.

Over the past year the Stone and the EDA have worked on the design of the 30,000-square-foot facility, according to an ordinance that was on the finance committee’s agenda but which was pulled at the last minute ahead of the Thursday meeting.

A geotechnical report completed within the last six months by Timmons Engineering detailed structural deficiencies that would make the cost of structural enhancements and addressing floodplain issues not feasible, according to the EDA.

“The project team has undergone an rigorous design process, which has led to a finding that the structure of [the] existing building cannot support the proposed renovation,” City officials with EDA said.

An ordinance sponsored by Mayor Levar Stoney seeks to amend the agreement Stone made with former Mayor Dwight Jones in 2014, by amending the definition of phase two facility. The amendment would allow for the demolition of the existing structure and construction of a new building.

The EDA has appropriated $8 million to develop the phase two project, which will be repaid through lease revenues. Any costs that exceed this amount will be borne by Stone.

At a proposed 12,000-square-feet, the new facility would be half the size of the current terminal. According to the city, tearing down the building would not conflict with the City’s Riverfront Plan.

Stone called the discovery disappointing, in a statement released to CBS 6.

“In close consultation with the city and our engineering firm we have come to the realization that it is simply not feasible to move forward with our original plan for an interesting adaptive reuse of the building – something that always excites us,” said Dominic Engels, Stone Brewing CEO.

In 2017, Stone founder Greg Koch toured the warehouse and laid out the company's vision for the Bistro.  The original opening of the Bistro was planned for 2019 and was bumped up to late 2018. Now Stone representatives said the opening date is still to be determined.

“Stone is still absolutely committed to bringing a fun and cool bistro to the site and we are working on that now, so stay tuned,” Engels said.

The new ordinance to amend the agreement has not been filed with the City Clerk yet.