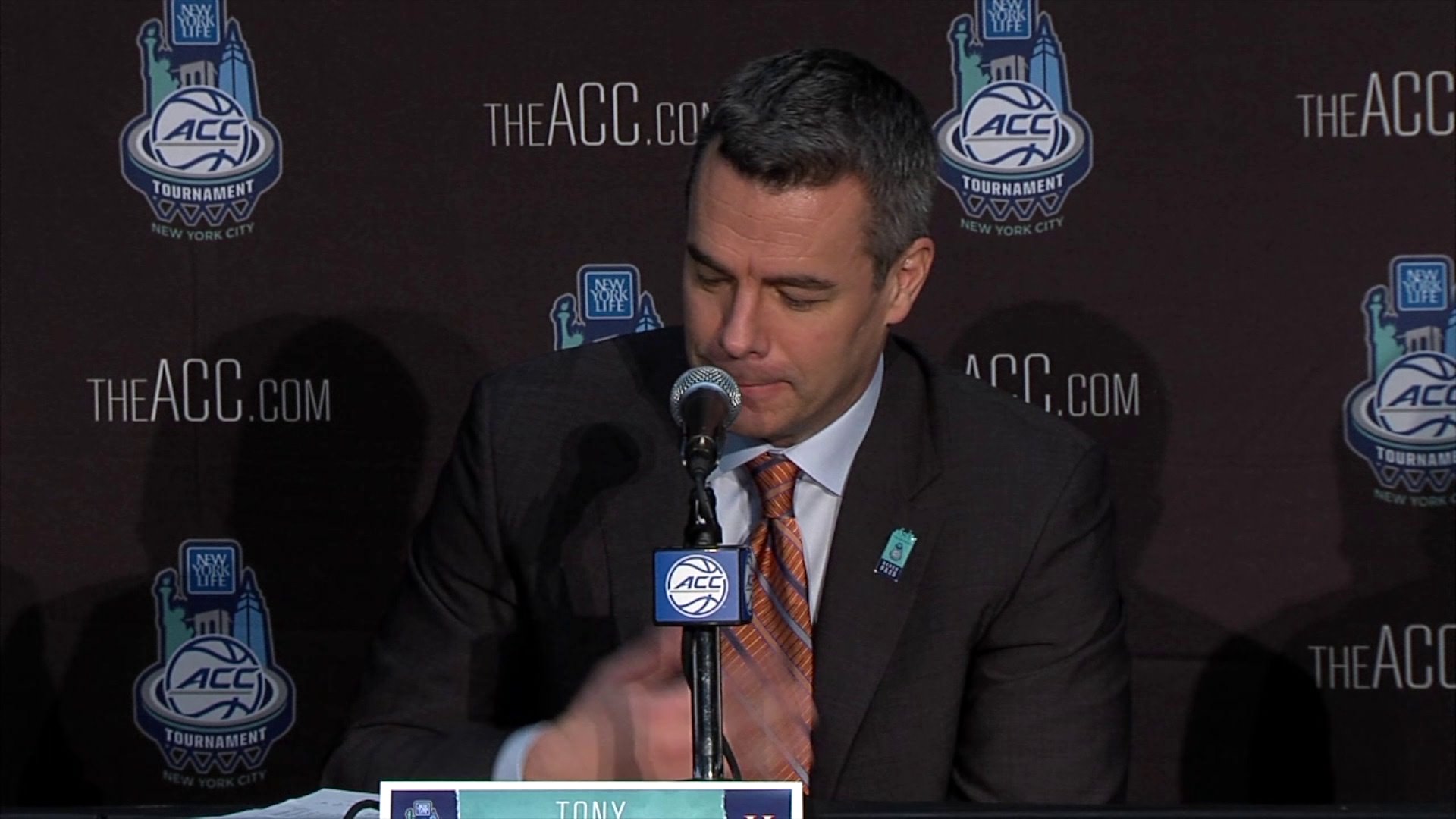 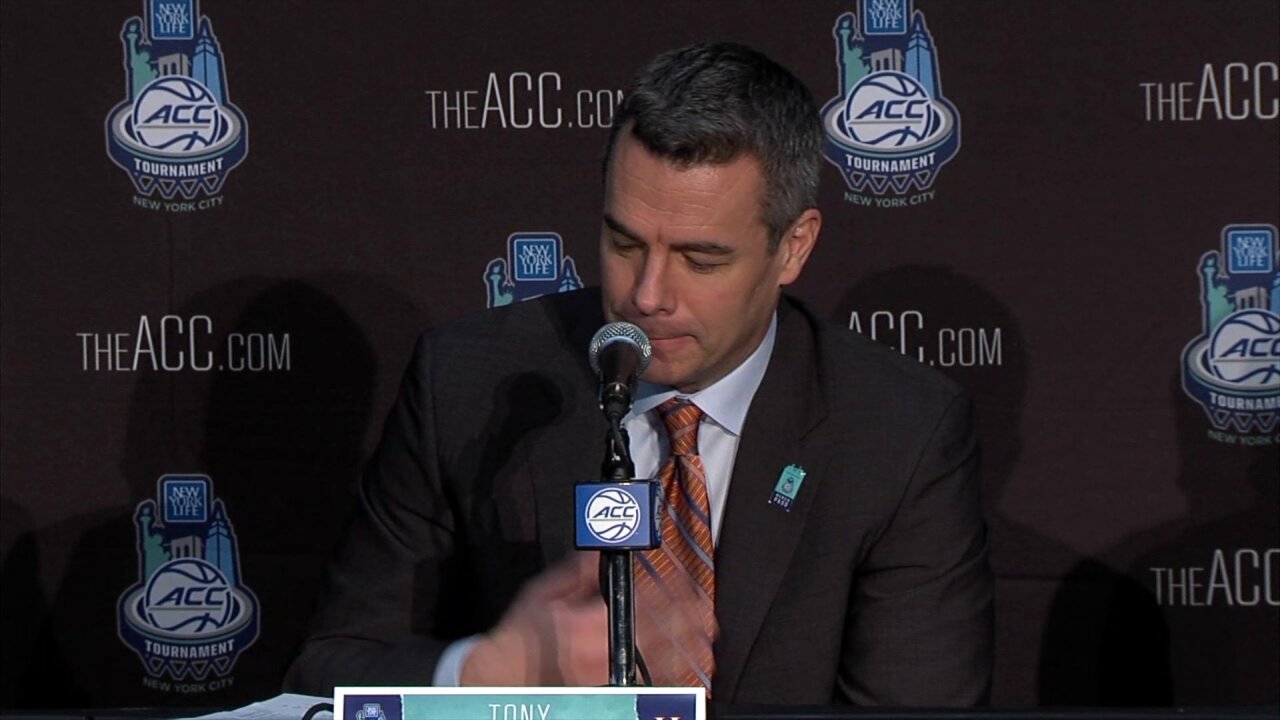 BROOKLYN, NY -- The Virginia Cavaliers have made the ACC semifinals in four of the last five years. To make tomorrow night's title game, they will have to get past 4th seeded Clemson in a game you will see on CBS 6 Friday at 7 p.m.

The Tigers 90 points was well more than double what they scored in their only regular season meeting with the Cavaliers this year in a 61-36 loss that saw them score just 13 second half points.

"What's the average of those two?" Clemson head coach Brad Brownell jokingly answered when asked about that scoring disparity. "We'll take the average (tonight). They (UVa) just do everything really well. They're unbelievably sound."

The first meeting of the season came just days after the Tigers lost senior forward Donte Graham to a season ending knee injury. Brownell was quick to point out his team is different, and more experienced in playing without Graham this time around.

"I do think our team is in a better place" Brownell said. "We had to tweak some things in our offense just to try an take advantage of other situations where we were using Donte in our offense and we've gotten better at that."

For the Cavaliers, their effort against Louisville was the 30th time this season they had held an opponent to less than 50% shooting, and the 23rd time they held an opponent under 60 points.  Kyle Guy led UVa with 19 points even with a brace on his leg after suffering a sprained MCL against Notre Dame last Saturday.

"All week in practice I was trying to get used to it" said Guy who hit on 4 of his 6 3 point attempts. "There's definitely a mental part to it where you sort of feel safe with it on. It didn't really bother me that much."

Since becoming the first ACC team to ascend to the top spot in the nation after not being ranked in the pre-season, the Cavaliers have absorbed the best that every opponent has had to give. They do not expect that to tail off especially now that the post season is well under way.

"We know we're going to get everybody's best shot" said Cavaliers forward Devon Hall. "Going into it, we have to have a mindset of trying to come out and punch first. We've got to play like that every possession."

"Records are out now and teams play at a high level" said Tony Bennett, the ACC coach of the year. "You saw Pitt play Notre Dame close. You saw the swings in the Virginia Tech-Notre Dame game, so you just try to lock in."

"I think our guys understand how we have to be."