Teen entrepreneur to treat 100 girls to the movies: ‘I hope they feel inspired’ 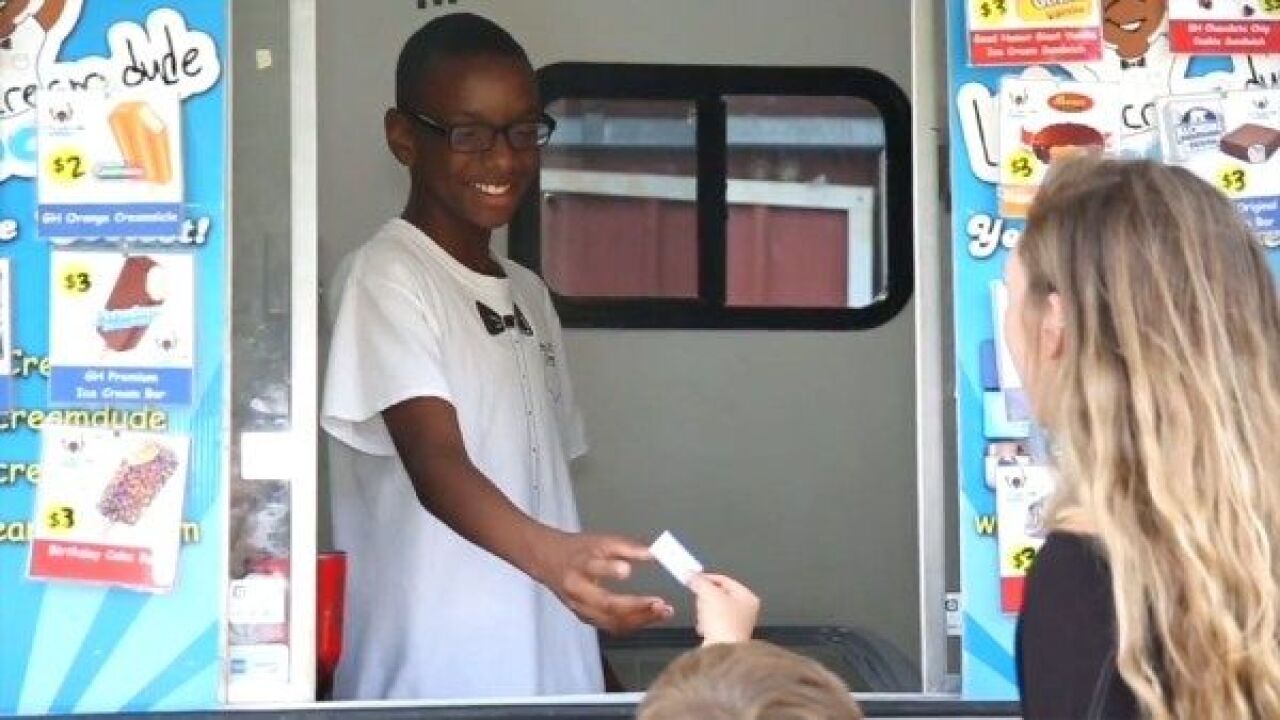 So much so, Beau started his own mobile business – Lil’ Ice cream Dude – at just 8 years old.

“I knew not only did I love it but I knew that 99% of the world loved it too. There’s very few people who don’t love it too. So I’ll always have something to sell,” he told WGCL.

But as much as this 13-year-old loves ice cream, he also loves giving back.

And this Sunday, Beau is treating 100 girls to a special screening of Disney’s “A Wrinkle in Time.”

He raised $5,000 to host the event at the urging of his friend and stem advocate Taylor Richardson.

“She not only did her own go fund me campaign to raise money for girls to see ‘A Wrinkle in Time’ but she also challenged other people do to do the same,” said Beau. “So I wanted to do 100 girls in my hometown.”

The girls must have an interest in STEM education -and were selected by local teachers.

They’ll be treated to a red carpet event – complete with dinner and a goodie bag that includes a copy of the book.

“I hope they feel inspired just by seeing the movie. And seeing meg because she’s a strong, smart, powerful, brave character and I hope that they can relate and get a positive vibe,” he said.

Since starting his business, Beau has raised more than $15,000 for charity, which is one of the reasons he convinced his parents to buy him an ice cream cart.

“I know sometimes someone may just want money but you can tell when people may need some money or some food or something. And you never know how they got in their position so you want to be considerate,” he said.

Beau hopes Sunday’s screening will encourage the girls to stick with stem and become the next big innovators.

“STEM girls can be the designer of a new iPhone,” said Beau. “Find a cure for cancer, design the space craft that takes Taylor to Mars and maybe make a futuristic ice cream, you never know.”