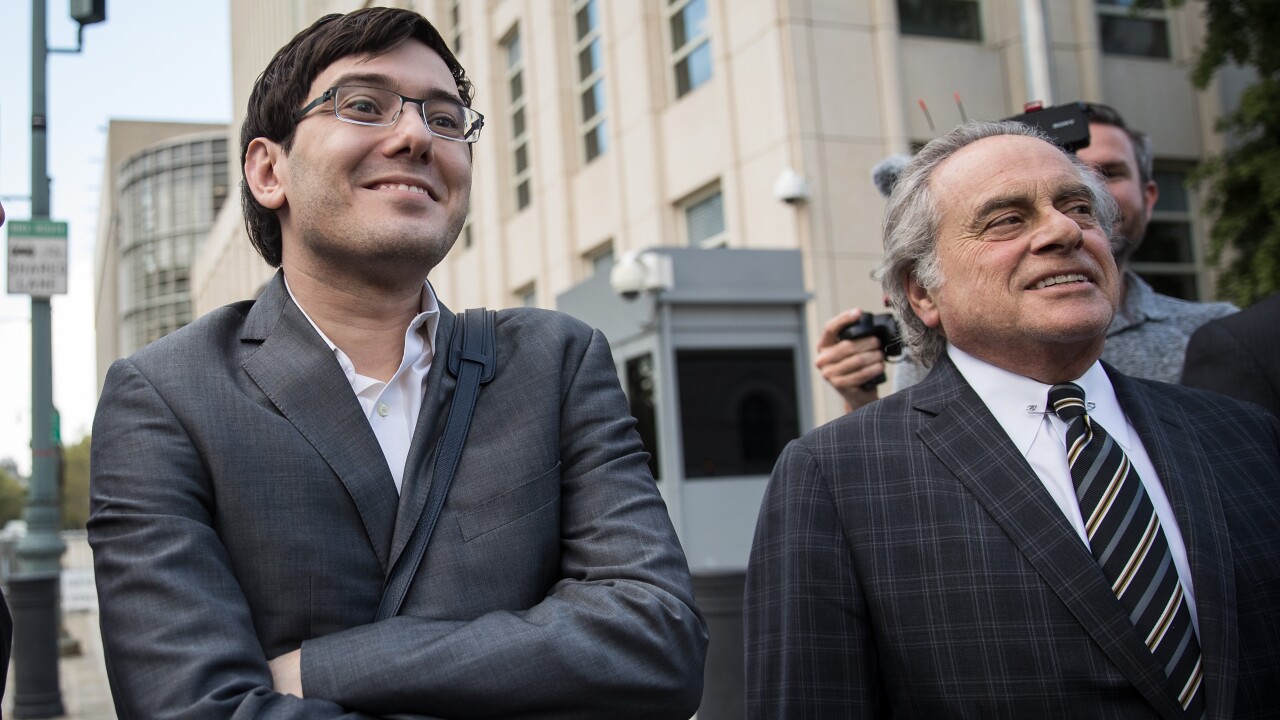 NEW YORK — Martin Shkreli was sentenced to seven years in prison on Friday for defrauding investors out of more than $10 million.

Shkreli, who gained notoriety for inflating the price of a life-saving drug, had faced up to 20 years behind bars for mismanaging money at his hedge funds.

He was convicted on August 5, 2017 of securities fraud and conspiracy in what prosecutors said amounted to a Ponzi scheme. Shkreli called the charges “a witch hunt of epic proportions.”

During his sentencing on Friday in Brooklyn federal court, Shkreli, 34, broke into tears and pleaded with the judge for leniency.

“I look back and I’m embarrassed and ashamed,” he told the court. “I am terribly sorry,” he said to his investors, “I lost your trust.”

At his trial last year, Shkreli often wore a smirk and was chastised by the judge for his behavior, including for an incident in which he told reporters that the prosecutors on the case were “junior varsity.” He also ignored the advice of his lawyer by commenting on the trial via social media and YouTube.

Shkreli’s lawyer Ben Brafman, told reporters on Friday he thought the prison sentence was too severe.

“I’m disappointed that the sentence wasn’t less than seven years. But Martin’s fine and he will be fine,” he said.

Prosecutors said that between 2009 and 2014, Shkreli lied to investors at MSMB Capital and MSMB Healthcare about how well the funds were doing, and that while he was CEO of Retrophin, he used the pharmaceutical company as a piggy bank to pay off MSMB investors and to cover personal loans and other debts.

After his conviction, he was released on $5 million bail.

In September, Judge Kiyo Matsumoto revoked his bail after Shkreli took to social media to offer $5,000 to anyone would bring him a strand of Hillary Clinton’s hair.

Earlier this week, Matsumoto ordered Shkreli to forfeit about $7.4 million in assets, including a one-of-a-kind Wu Tang Clan album. He was also ordered to hand over a Picasso, and an album called “Tha Carter V” by Lil Wayne.

His fraud conviction had nothing to do with the controversy that made him famous. While he was chief executive officer of Turing Pharmaceuticals in 2015, he jacked up the price of the life-saving drug Daraprim, a treatment for HIV patients, from $13.50 a pill to $750.

The price hike sparked a public backlash that landed him on Capitol Hill, testifying about drug prices. He sneered through the proceeding and pleaded the Fifth Amendment.

The Federal Bureau of Prisons will decide at which federal prison Shkreli will serve his sentence.