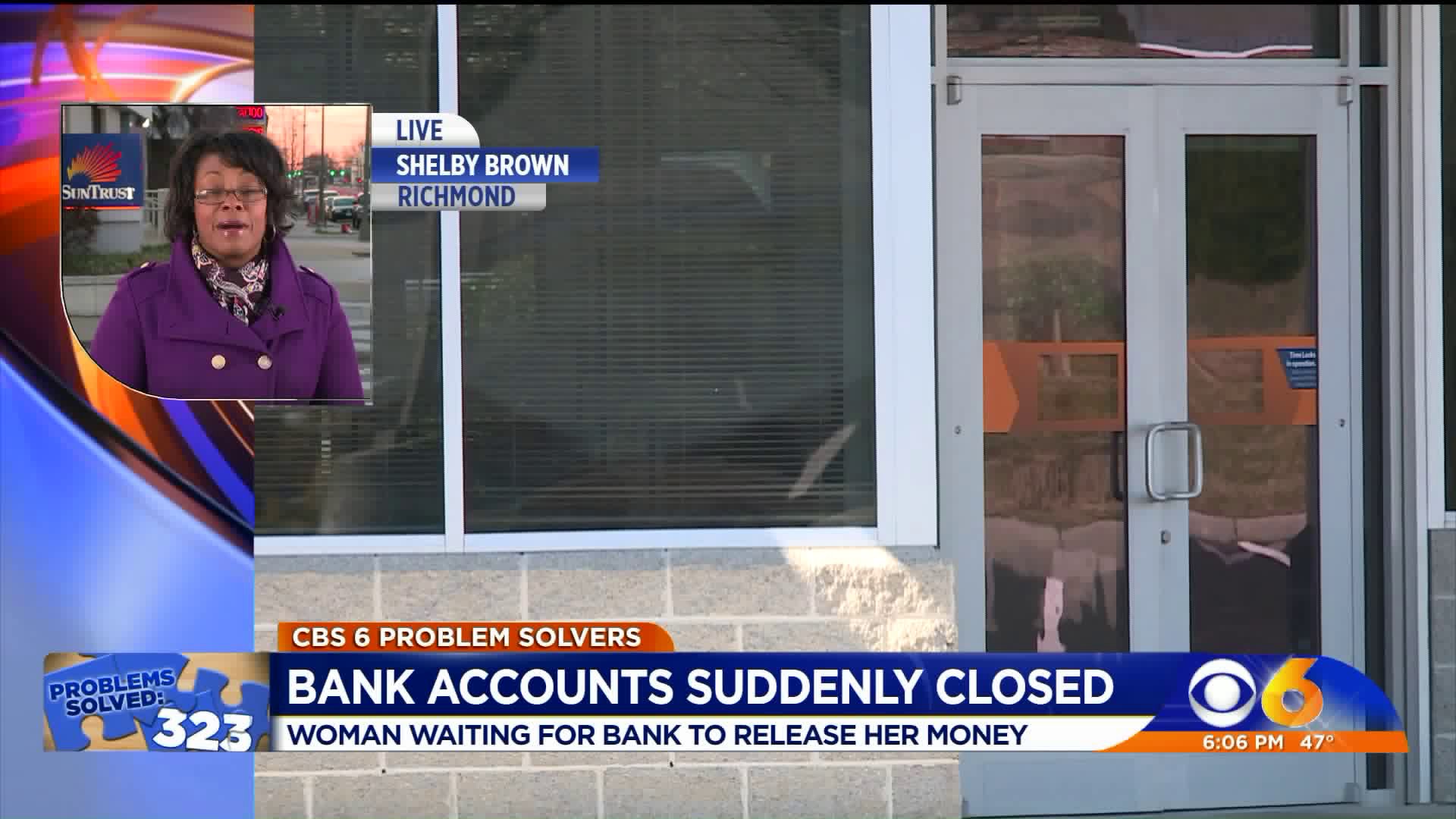 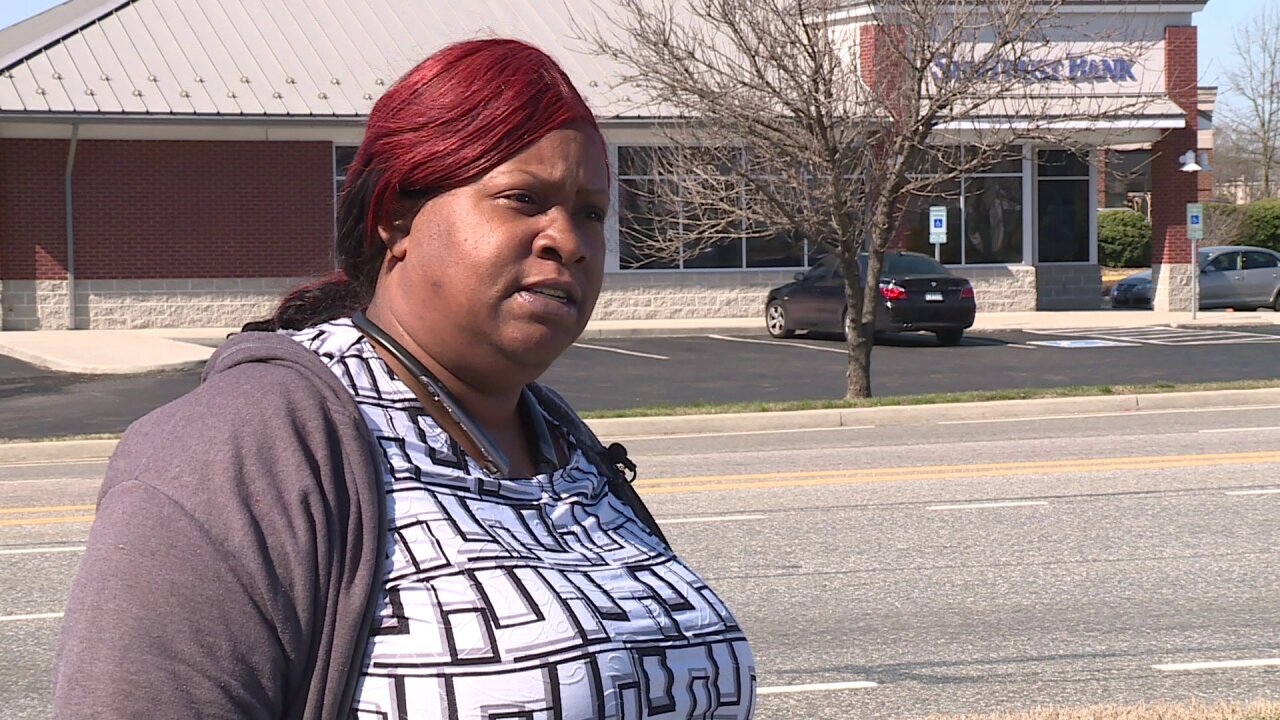 RICHMOND, Va. -- Sherika Binns contacted the  CBS 6 Problem Solvers for help to access money she said is in her SunTrust bank account.

“I used my card on a Monday with no problems," Binns said. "I went back later that day to make a deposit and was told that my accounts were frozen. Then they closed them. I asked why and the couldn’t tell me.”

The Disputanta woman is a single mom and small business owner. She said this ordeal has negatively impacted her.

Binns says when no one could explain why her accounts were flagged, she visited two separate SunTrust branches to find out more, but ran into a brick wall. At this point, she has no idea why they’re closed and now remain under review.

CBS 6 asked her if she had any tax lien, garnishment, that might affect her account and she said no. She also added that no one has mentioned anything to her about fraudulent activity.

The Problem Solvers contacted the bank to find out more. A spokesperson there said they would investigate. Later, he added that they are unable to speak about any of their customers’ accounts. The bank representative did add that they are abiding by all of the rules and regulations for deposit accounts.

He said the bank will directly contact Binns to deal with this.

Binns said she can’t afford to wait another day because she is unable to take care of her personal and business affairs without her money. At this point, she just wants her money so she can move on with her life.

“I have to pay tuition for my three year old daughter and  I have everyday household expenses. I want them to know that you are e still holding my money and not telling me why, but I need my money” Binns explained.

Problem Solvers also reached out to the Virginia Bankers Association. A spokesperson there agreed to speak with Binns. She said they plan to also contact the bank on her behalf and walk the customer through the process until she gets to the bottom of this dilemma.