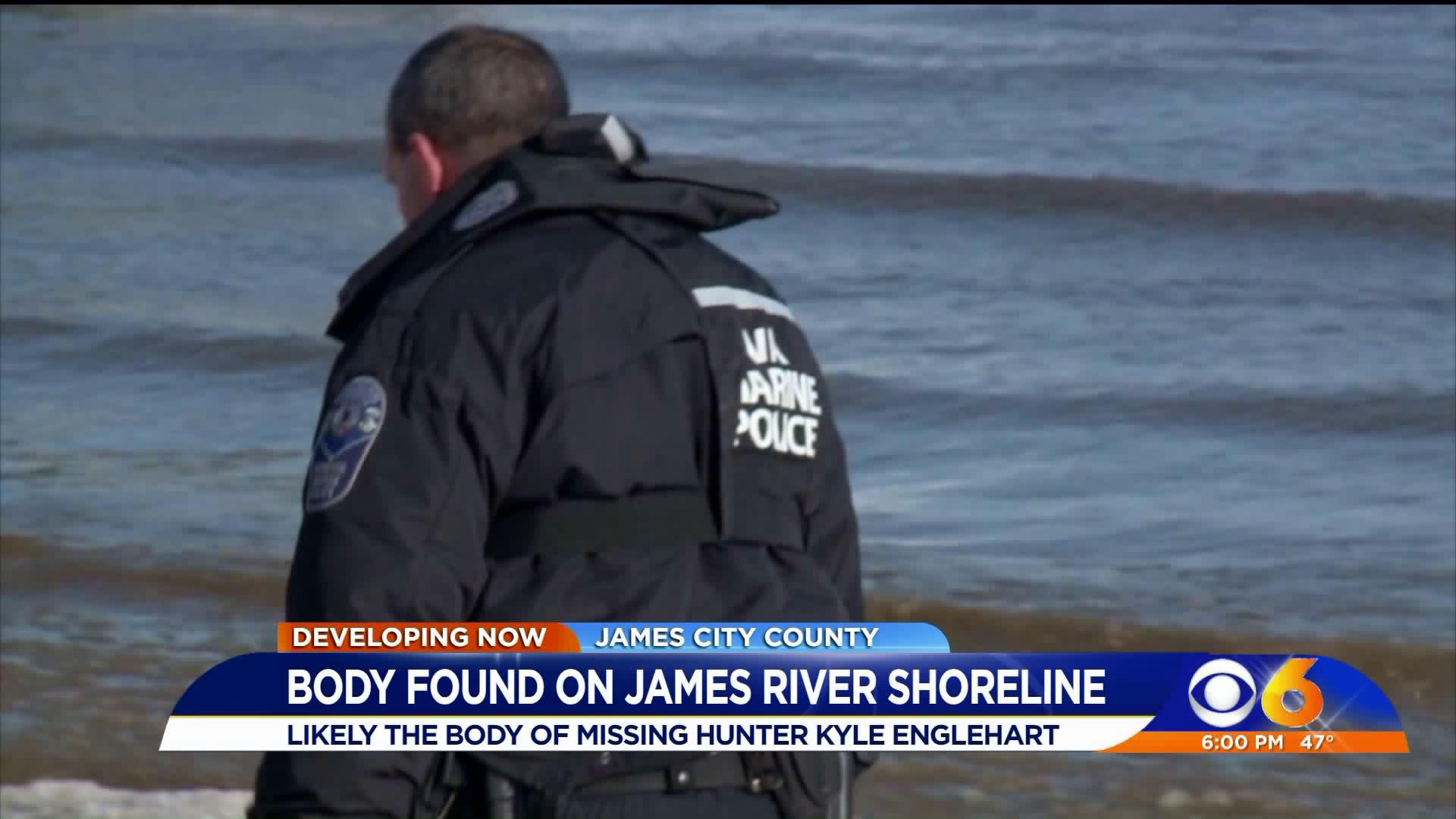 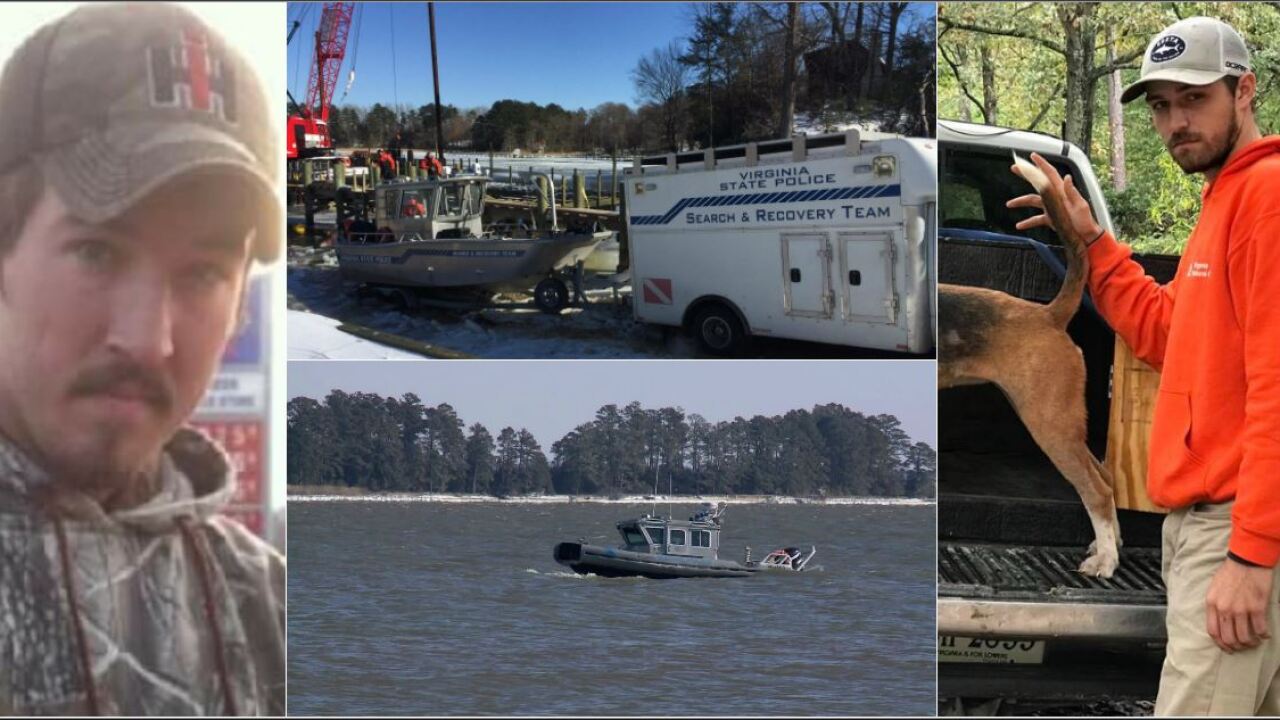 JAMES CITY COUNTY, Va. – Officials with the Virginia Department of Game & Inland Fisheries believe a body that was recovered on the shoreline of the James River in James City County on Friday is that of missing boater Kyle Englehart.

Englehart and Austin Savage were reported missing on January 3, after their 16-foot john boat never returned to the Jamestown Yacht Marina.

A Virginia State Police helicopter discovered the hunter’s capsized boat the day after they disappeared.

The body of Savage, 20, was recovered Sunday, March 4, on Tyler’s Beach in Isle of Wight County. Savage's cause of death was determined to be drowning.

Savage is from Hampton and most recently worked maintenance at Varina High School.

Englehart, 29, graduated from Varina High School and lives in Charles City County where he worked as a farmer, according to friends and his social media accounts.

The night Englehart and Savage disappeared, a massive winter storm hit the Hampton Roads region of Virginia dumping snow and keeping temperatures in the teens.

The body has been transported to Norfolk Medical Examiner’s Office pending identification ​and cause of death.