Barbie turns 59: A look back at her evolution 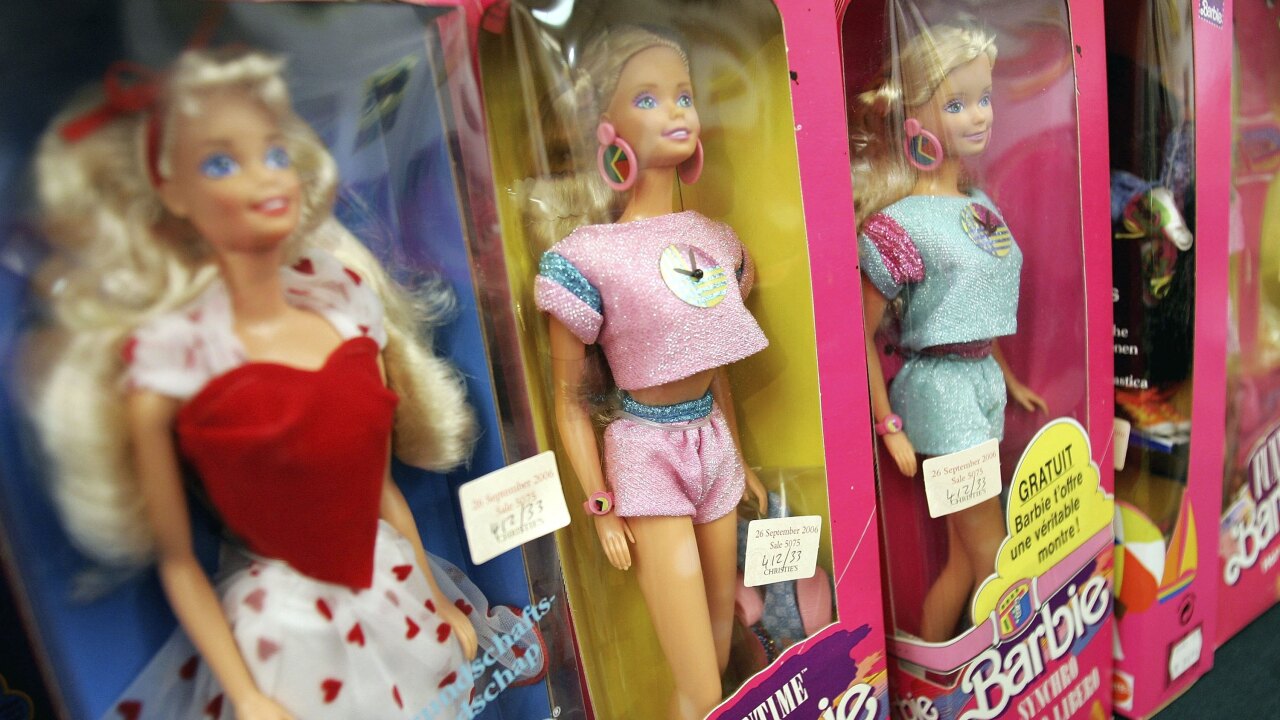 LONDON – SEPTEMBER 26: Pink boxes of barbie dolls lie at Christies South Kensington as part of a collection of 4,000 barbie dolls that will be auctioned today on September 26, 2006 in London, England. The collection is the biggest in private hands to be auctioned. (Photo by Chris Jackson/Getty Images)

NEW YORK CITY — Barbie, America’s most famous doll, turns 59 on Friday. In the past six decades, the blonde icon has been praised as a role model while also facing her fair share of controversies.

On March 9, 1959, Barbie was unveiled for the first time at the American Toy Fair in New York City. She was created by Mattel co-founder Ruth Handler, who noticed that her daughter Barbara was choosing to play with paper dolls over traditional baby dolls.

Barbie’s dolled up debut was met with doubt, as she was one of the first dolls with adult features. Modeled after Marilyn Monroe and Elizabeth Taylor among other 1950s stars, Barbie was dressed in black and white stripped swimsuit and her hair was pulled up in her signature ponytail. She retailed for just $3.

As the times evolved, Barbie has kept busy. She’s had over 180 careers, becoming a nurse in 1961, and an astronaut during the space race. During the 1990s, she was a baby doctor, a firefighter and a pilot. And in the past few years she’s been a director, a scientist, a game developer and the president.

But Barbie has also been criticized, most notably for her unrealistic body proportions. In the 1960s, one Barbie model came with a dieting book that said “Don’t Eat.” And in the early 1990s, one of Teen Talk Barbie’s programmed phrases was “Math class is tough.”

And in honor of International Women’s Day, this week Mattel announced new dolls based on historical and modern-day women will be released, ranging from Frida Kahlo and Amelia Earhart, to Patty Jenkins and Chloe Kim.