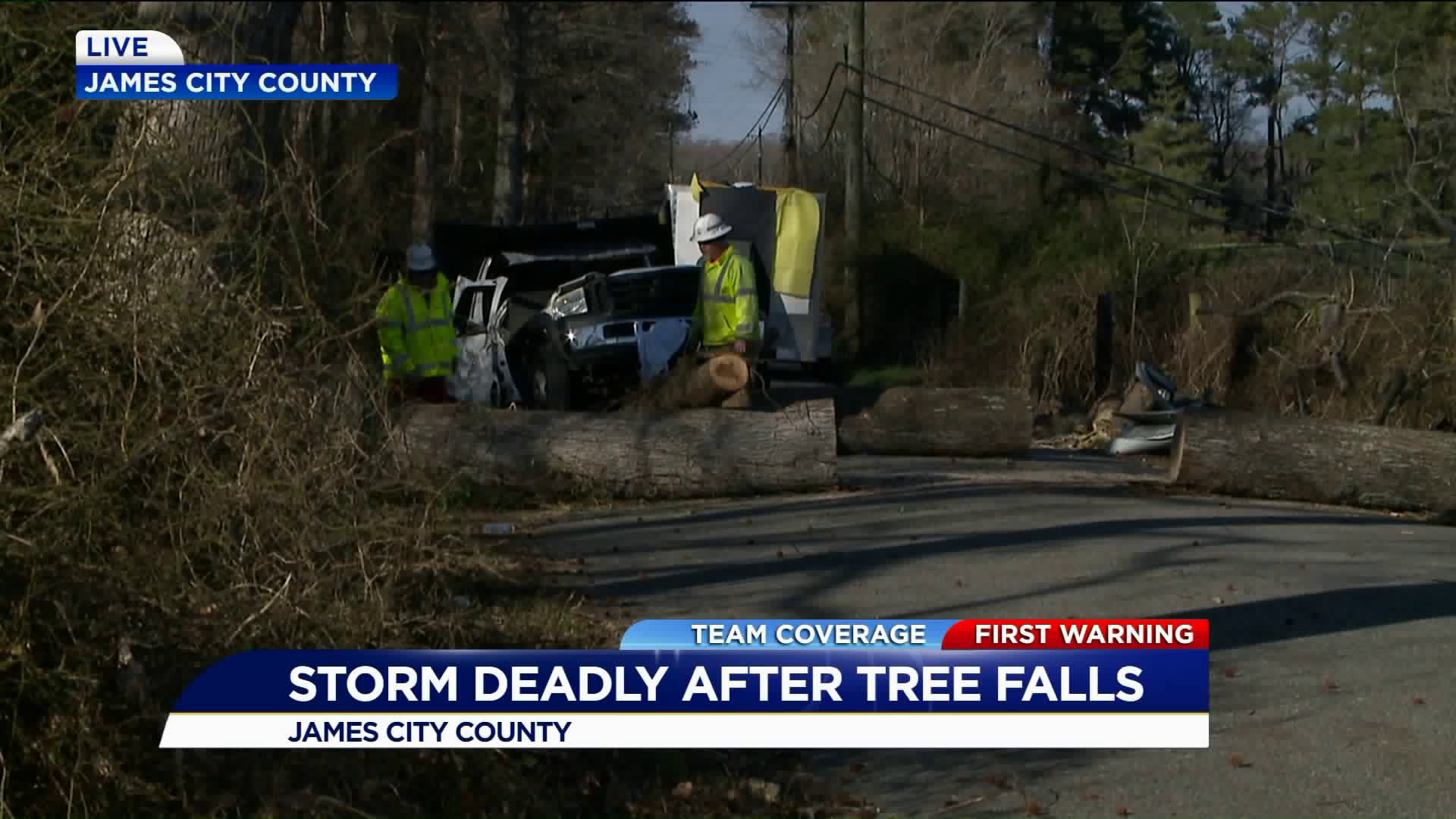 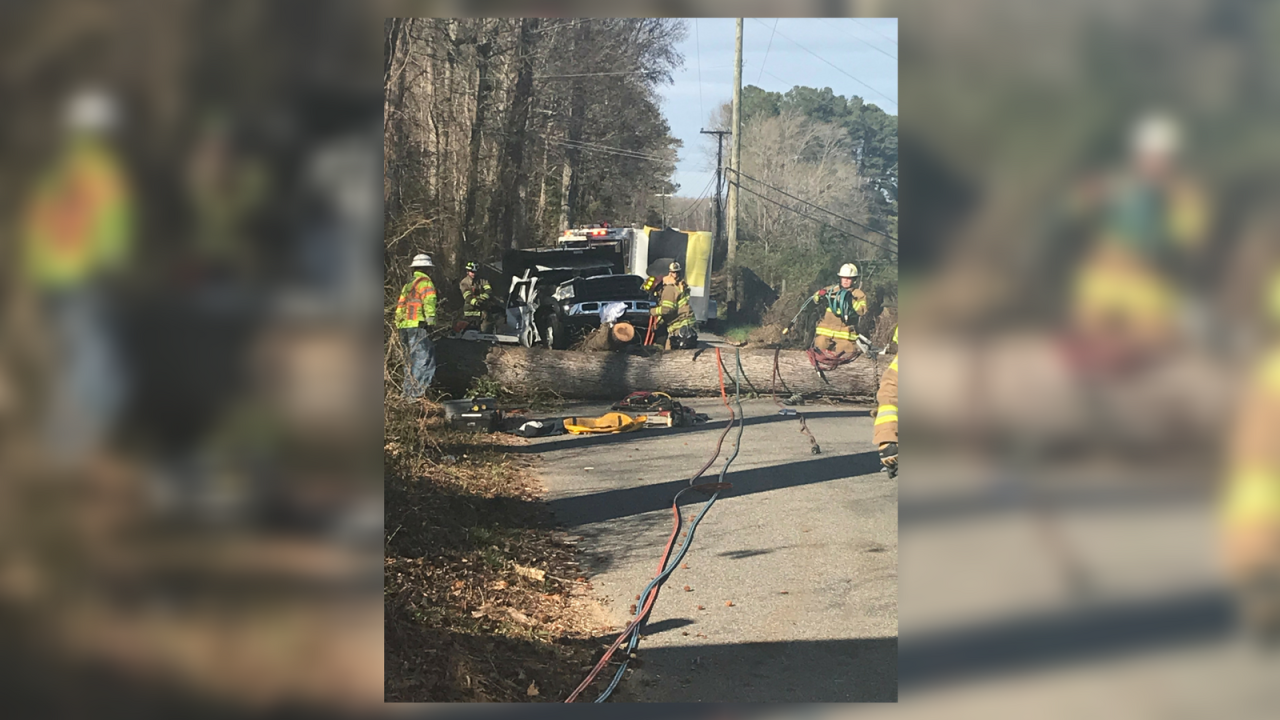 JAMES CITY COUNTY, Va. -- One man was killed and another was trapped for hours after a tree fell on their truck Friday afternoon in James City County, according to police.

Police said the call came in just before 1 p.m. when a Bones Tile truck pulling a trailer on Newman Road was hit by a large oak tree, police said.

The driver of the vehicle, who is the owner of the company, was trapped in the truck for more than two hours while James City County and York County Fire Departments worked to free him. He was taken to VCU Medical Center with serious injuries.

The passenger of the vehicle was pronounced dead of the scene. He was later identified as 44-year-old Shawn Gregory Walker of Poquoson.