Rescuers use bare hands to dig man out in California avalanche 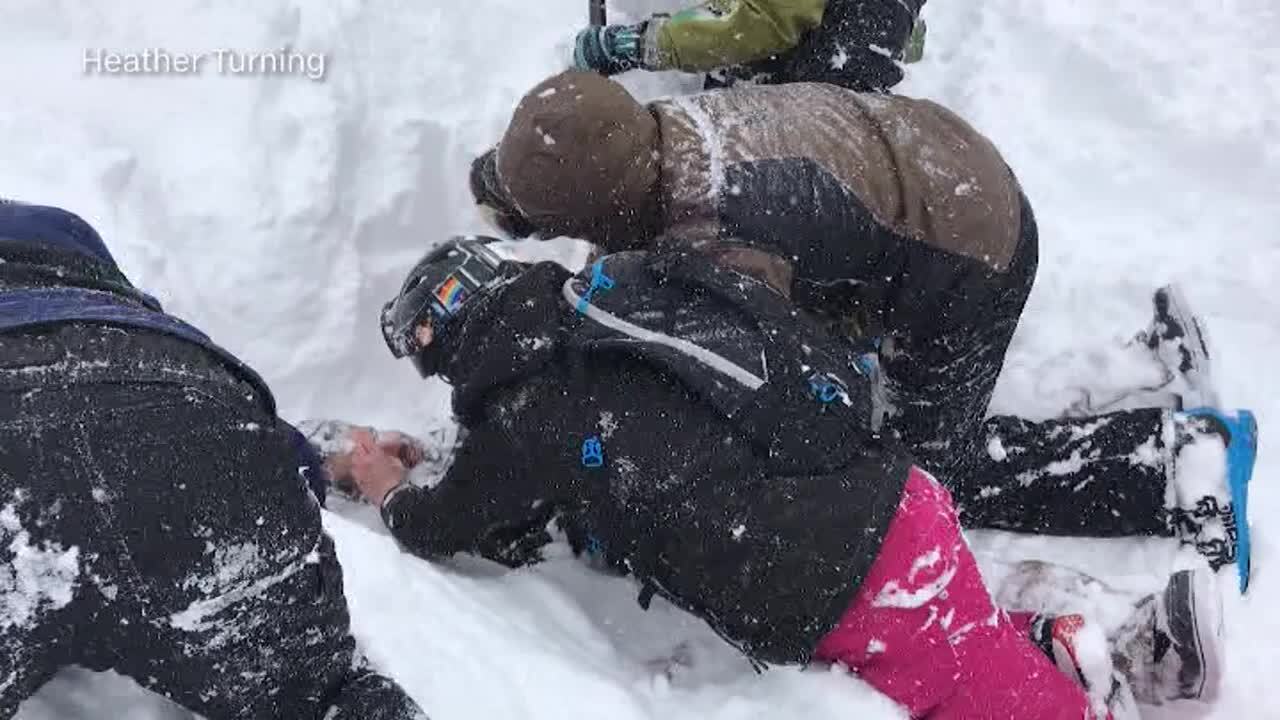 Rescuers used bare hands and shovels to dig out a man buried in snow after an avalanche at a ski resort in California.

Another person was treated and released, while the other three were unharmed, authorities said.

Heather Turning was spending her birthday snowboarding at the resort when the avalanche hit. She was among those who helped in the rescue.

"It looked like a blazing cloud of snow coming down," she said. "It went pretty fast."

As the avalanche settled, she heard a woman yelling, " 'My husband, my husband! ' " she said.

People saw a tip of a snowboard in the snow and raced toward it, she said. Everyone started digging furiously around it, gingerly removing snow from the man's face.

A video by Turning shows a handful of rescuers using shovels and bare hands to pull out the man as his head peeks out of the snow.

When a blizzard struck earlier, she said, everyone was excited to hit the slopes. The weather was overcast and snowing -- a perfect day to go skiing.

"Crowds were literally woohoo-ing constantly, you're high-fiving every stranger you see," Turning said.

But then came the avalanche.

Authorities launched a search effort that included ski patrols, police, emergency responders and rescue dogs, the sheriff's office said. Officials cleared the scene after they had accounted for everyone.

It's unclear what triggered the avalanche, but authorities are investigating.

The Squaw Valley ski resort was closed for the day Friday following the incident.