Man kills himself near White House 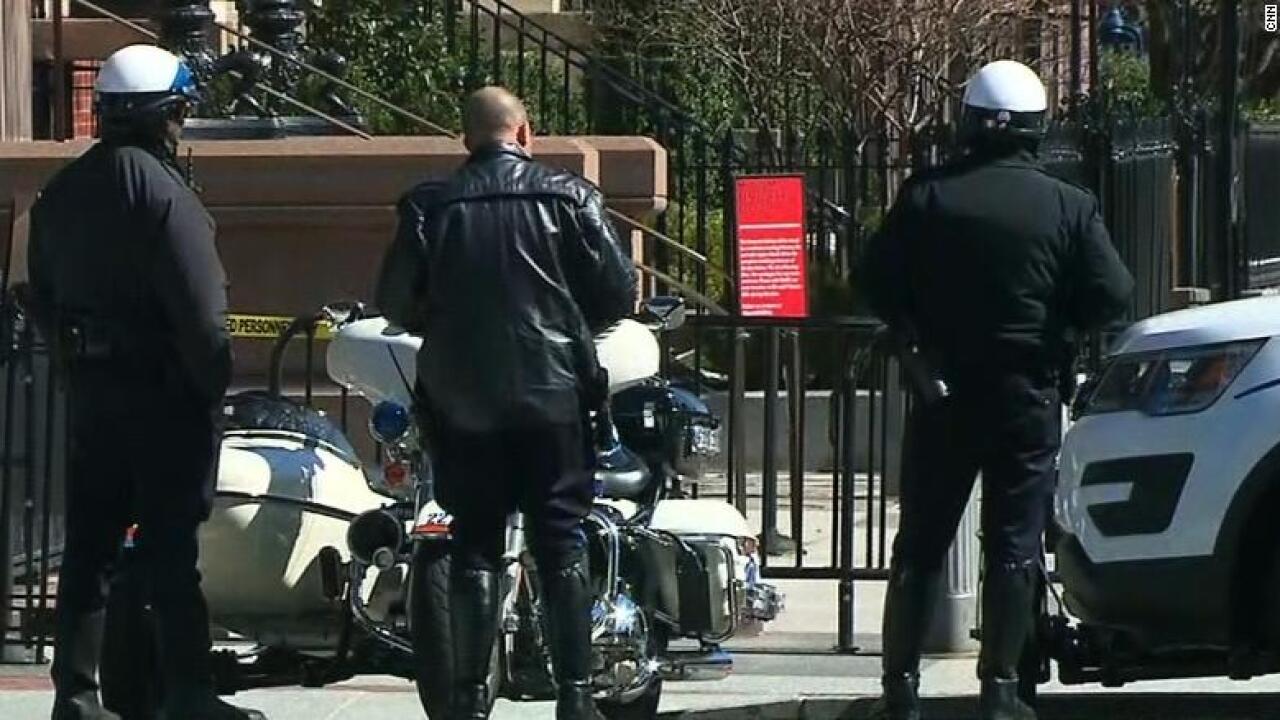 A man shot himself in the head in front of the White House at just before noon Saturday, a Secret Service spokesperson has told CNN.

“Secret Service personnel are responding to reports of a person who allegedly suffered a self-inflicted gun shot wound along the north fence line of @WhiteHouse,” the Secret Service tweeted as the incident unfolded.

The man approached the fence line, removed a concealed handgun and fired several rounds, none of which appear to have been aimed at the White House, a Secret Service spokesperson said.

A law enforcement source told CNN the shooter shot his phone before shooting himself. No suicide note was found, but incoherent sentences were found in a book recovered on the scene, the source said.

The man has since died; no one else was injured in the incident, the Secret Service spokesperson said.

President Donald Trump and first lady Melania Trump were at Mar-a-Lago in Florida, at the time and are scheduled to return to Washington on Saturday afternoon for the annual Gridiron Club Dinner.

“We are aware of the incident,” deputy press secretary Hogan Gidley said. “The President has been briefed. I refer you to the Secret Service for any more information.”

The Washington, DC, Metropolitan Police Department is taking the lead in the investigation, the Secret Service spokesperson said. Law enforcement authorities have identified the victim but are withholding the man’s name pending notification of his family, the spokesperson said.

The Secret Service also tweeted that pedestrian and vehicular traffic around the White House has been affected by the incident.

Law enforcement personnel spent about four hours Saturday afternoon searching a maroon Honda Accord with an Alabama license plate parked on the street near the Capital Hilton hotel, a few blocks from the White House, a Secret Service source said. After officers blocked off the area, a bomb squad swept the car, and law enforcement personnel removed several items from it, including what looked like pictures and documents from a cigar box, before towing the car away, the source said.