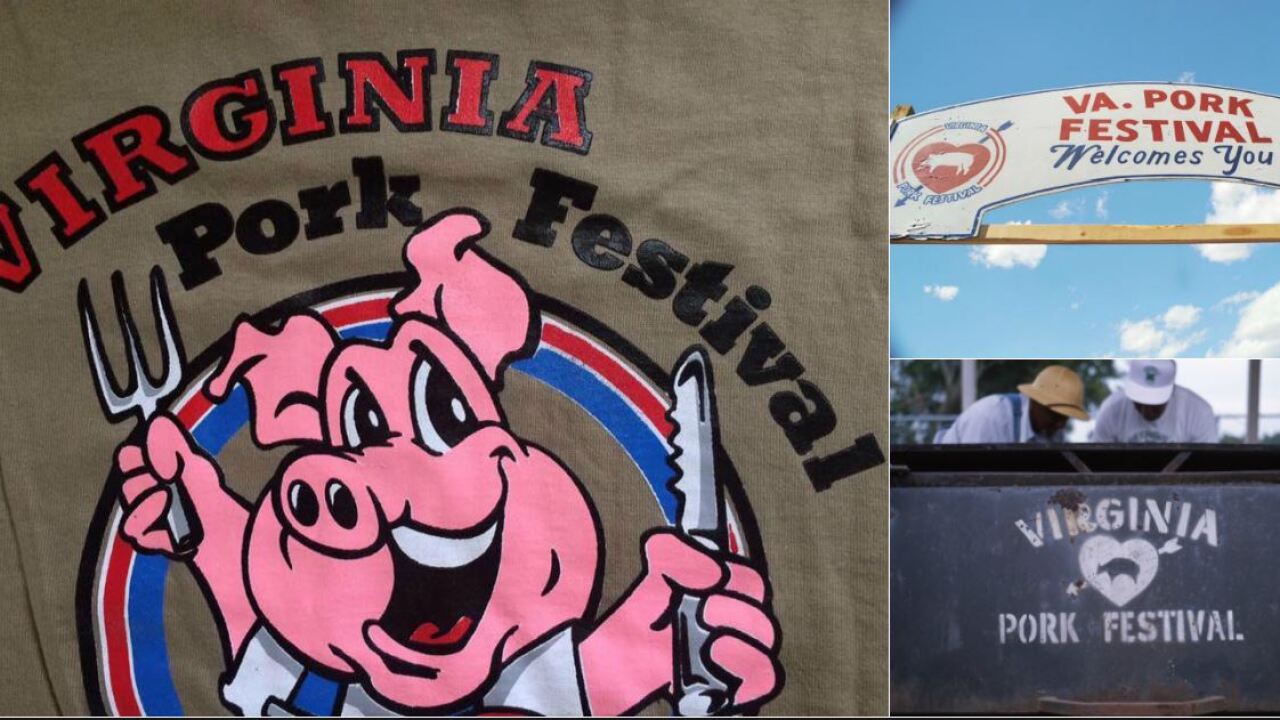 “After the board voted not to have it… I cried all the way home,” Hall said.

While the Virginia Pork Festival attracted approximately 7,000 people to Emporia last year, the numbers just did not add up to keep the festival going, she said.

“Last year‘s ticket sales were down, we feel because of a storm that was coming in the forecast,” she said. “We did not have the ticket sales we would have liked the day of and the day before the festival.”

Attendance, she added, had been slipping over the past 15 years.

But it was not enough.

Since news of the festival’s cancellation hit social media last week, festival fans have reached out and shared their sorrow.

“Many people commented on the Facebook post that they would have been glad to have helped,” Hall said. “Maybe so, but when it comes down to it, the same few volunteers are the ones that show up.”

In addition to having a hard time finding new volunteers, Hall said new sponsorship was hard to come by.

“Since the beginning, sponsors of this festival were feed, seed, and affiliated with pork production,” she said. “The small pork farmer has all but disappeared.”

Festival goers are not the only ones missing out this year.

So too are the non-profit organizations that benefited from the festival.

“After the festival was over, the Virginia Pork Festival wrote each nonprofit group or organization [that volunteered] a [donation] check,” she said. “They in turn, gave it back to their individual communities in some shape or form, whether it was a scholarship, buying equipment for a fire department, or helping a homeless family.”

Despite the hardships, Hall said the Virginia Pork Festival has not yet ruled out a return in 2019.

“Keep checking back on our social media to see if there are any changes,” she said. “We greatly appreciate any and all that have ever attended a Virginia Pork Festival. I know it was a tradition, yearly, with a lot of people and they will miss it a lot. We are already missing it. I believe that Emporia will truly miss it after June 13, the second Wednesday of June. It was not an easy decision to make.”