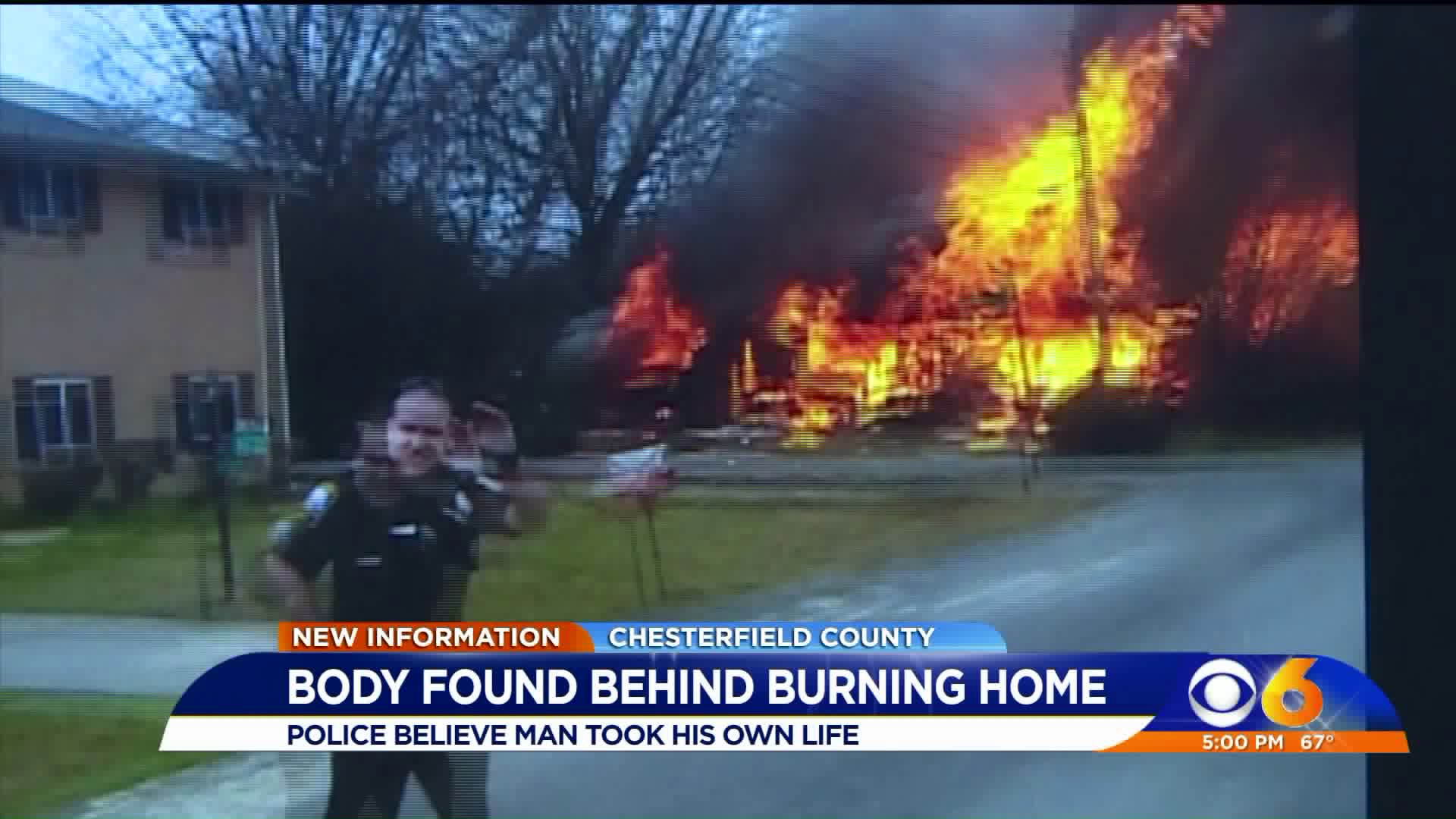 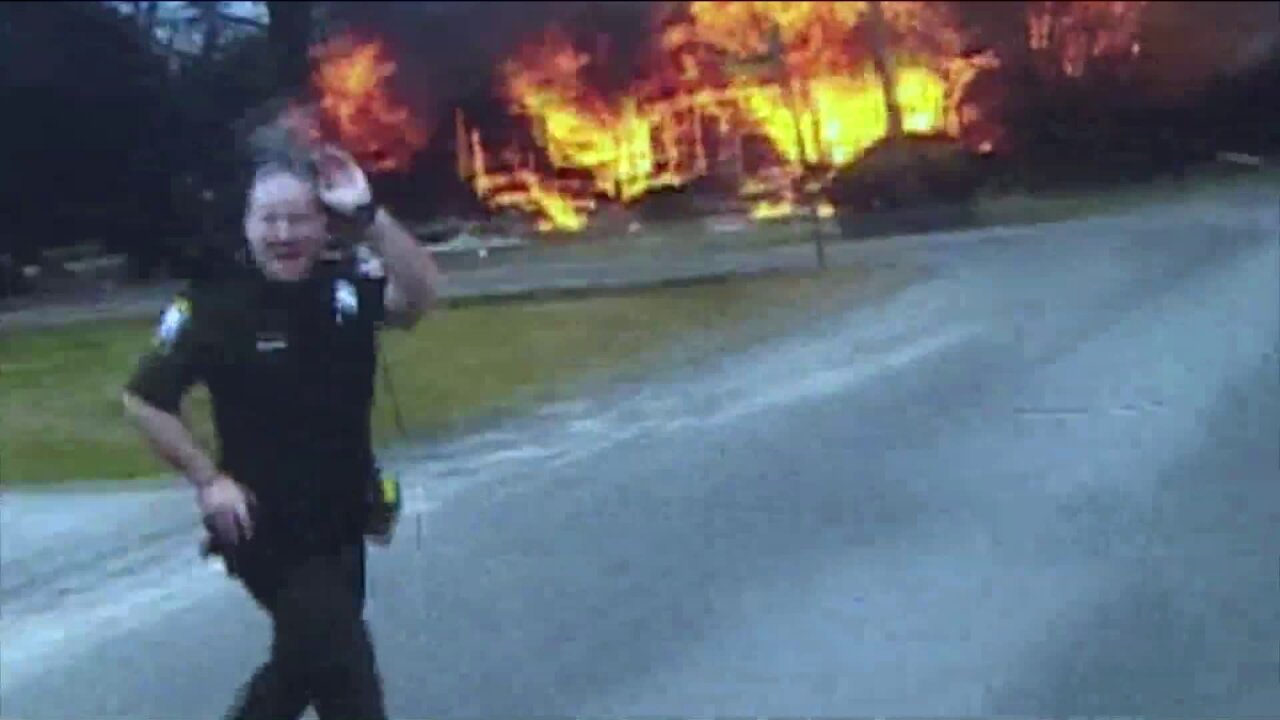 The man, police believe, took his own life.

Chesterfield Police were called the 3400 block of North Street, in Ettrick, to check the welfare of a suicidal person.

When police arrived at the home, they encountered a man outside the house.

The man ran into the backyard and police heard a pop.

They then discovered the home was on fire.

While officers investigated the man's death and searched the area for potential suspects in the shooting, Chesterfield firefighters responded to battle the house fire.

Police discovered there was no second suspect.

"A male who was deceased in the back yard from a gunshot wound," said Lt. Peter Cimbal, Chesterfield County Police.

The home eventually collapsed as a result of the fire.

"It was enormous, it was big, the house shook, the windows rattled," said Yonzhel Mahone.

"I felt the heat standing on my porch," said Dewey Cashwell.

Both Virginia State University and Ettrick Elementary School are in the area of North Street home. Initially they went on lock down as police searched for a possible gunman.

The deceased man's name has not yet been released.

While described by some as a recluse ,those who did know the man there said they are profoundly sad over what has happened.

"To see a young mind, young brilliant mind, snapped out in his prime, a individual that had the opportunity to do great things for himself, his community and the world in general and now he's gone," Cashwell said.