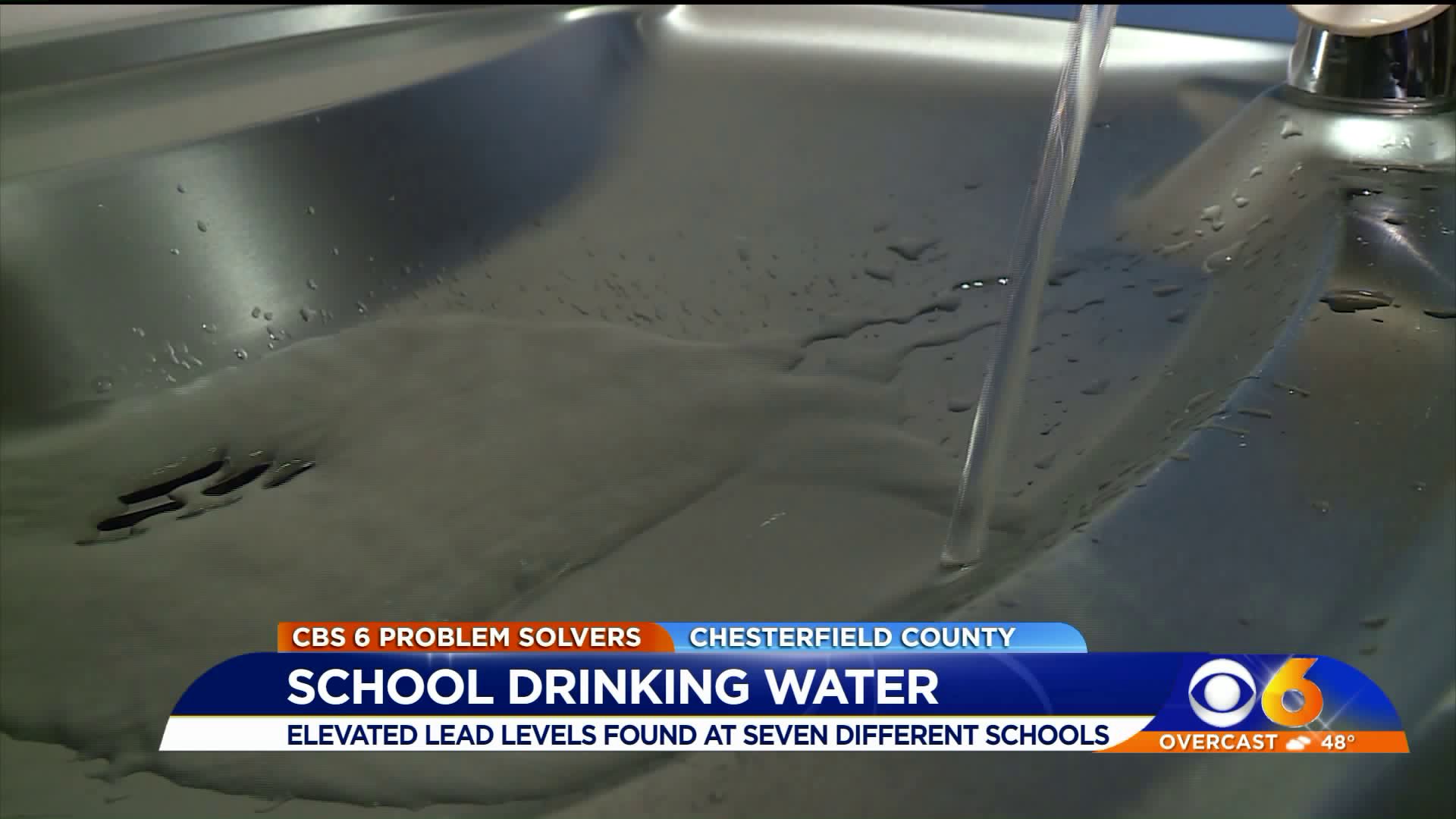 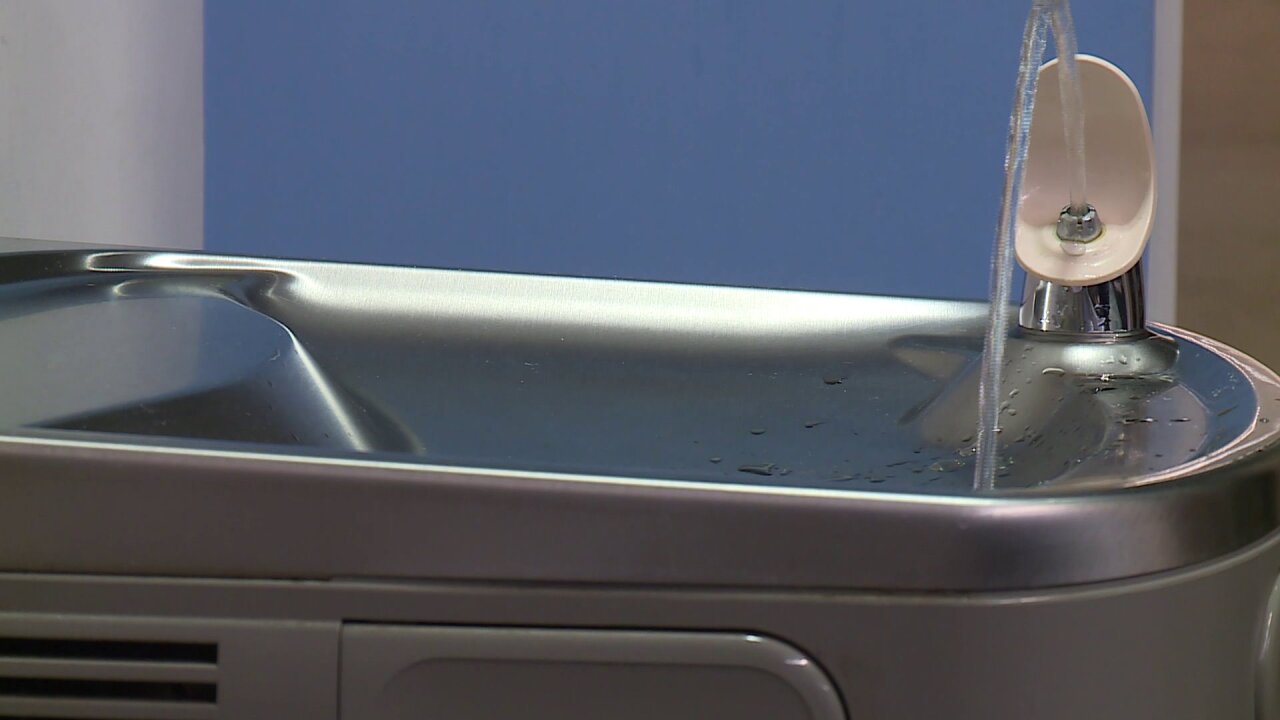 A state law passed in 2017 required all school systems test drinking water in schools built in or before 1986.

In response, a spokesperson for Chesterfield Schools said they went above and beyond by testing water sources in schools built in 1987 or earlier.

According to the letters, the accepted drinking water standard for schools is lead levels fewer than 20 parts per billion.

But, the school system said they discovered elevated led levels at water fountain in 7 different schools as part of the state mandated testing.

The highest reading was at Salem Middle School where a water fountain in the girl’s locker room showed a lead level of 56.5 parts per billion, which is more than twice the acceptable level.

At Midlothian High School, three different water fountains in the school showed elevated lead levels, but the letter did not share exact numbers.

A water fountain at Providence Middle School registered a lead level of 29.2 parts per billion.

At Bellwood Elementary School, a water fountain showed a lead level of 25.3 parts per billion.

And, in Bird High School, a water fountain registered a lead level of 21 parts per billion.

In a letter sent back in November of last year, the school system alerted parents to a lead reading of 34 parts per billion at Gates Elementary School.

Friday, CBS 6 learned the seventh and final school is Swift Creek Middle School which registered a lead level of 44 parts per billion.

In the letters, Chesterfield said they took all of the water fountains offline, except for one that had already been replaced due to renovations at the school.

The school division said they will continue to proactively test all water sources, and they are going to work with the General Assembly to advocate for changes related to the water testing law.

In their letters they said, "If these issues can be found even in a few locations in Chesterfield County, then we believe it should be required to have all sources tested across the state."