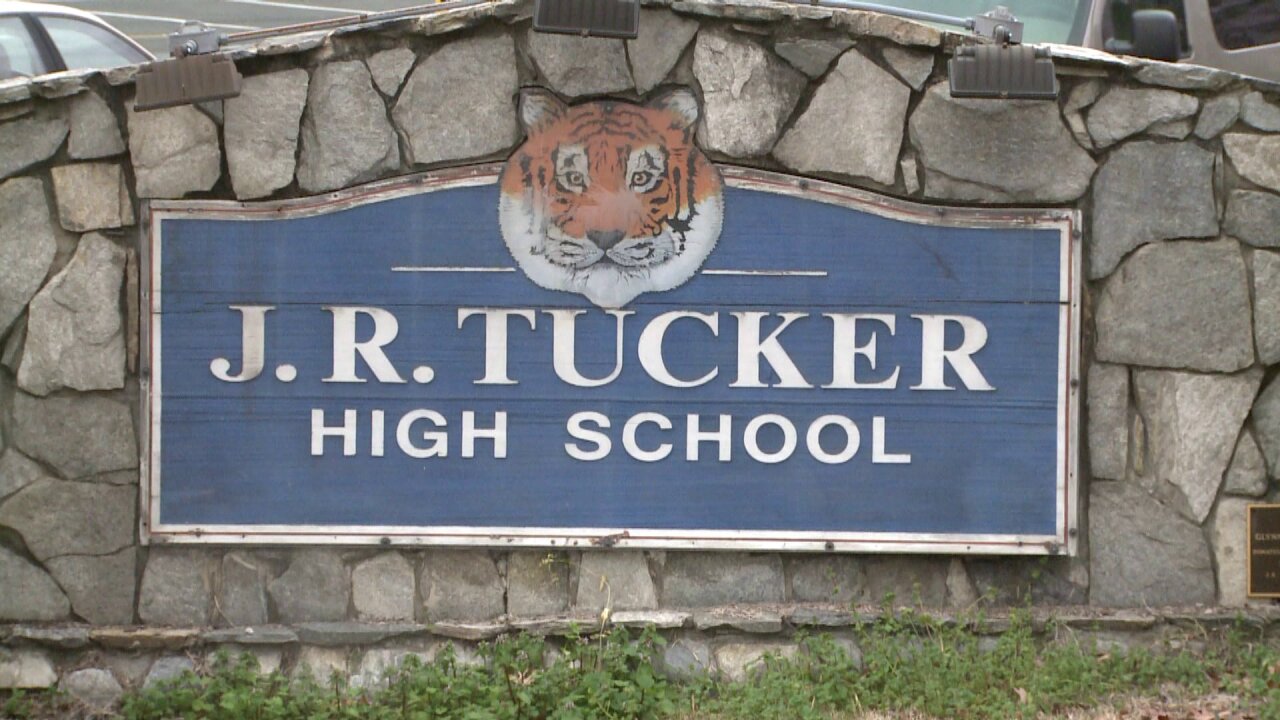 Tucker was built in 1962. It has never been renovated and is slated for a complete, $55 million renovation.

HENRICO COUNTY, Va. -– The 56-year-old J.R. Tucker High School has been thrust into the spotlight as Henrico County officials start to dialogue that replacing some older schools, instead of renovating them, may be a better option for the county.

Recently, Assistant Superintendent Al Ciarochi presented to the Henrico School Board a proposal for a $10,000 feasibility study that will scrutinize the possibility of temporarily relocating J.R. Tucker students six miles away to the former Best corporate offices on Parham Road, near Interstate 95. The move would occur if Tucker were to be replaced instead of renovated, the latter of which $55 million is already funded by the county’s 2016 bond referendum. The cost of a new school is estimated to be around $80 million.

County Manager John Vithoulkas called the mammoth, 93-acre parcel bought by the county for $6.2 million in December 2011 one of Henrico’s most valuable available properties; it was valued at $26 million in 2009.

The feasibility study is simply just the first step in a much longer process of ideally replacing some schools, something which several board members and county officials called innovative. The 2016 bond referendum allocates $272.6 million to renovate eight schools and build or expand four new schools.

“Part of this has stemmed from the cost of school renovations in comparison to school replacements, as well as how a replacement may impact economic development and community revitalization,” Ciarochi said.

“Which I think this is a drastic shift in policy, that we might head this way,” said Three Chopt representative Michelle Ogburn, who expressed hope that the county would move away from its 16 campus style schools.

Supervisor Patricia S. O’Bannon of the Tuckahoe District, originally presented the idea to replace Tucker.  O’Bannon said her initial concern was student safety, and that she has always considered the campus-style school, sandwiched between Broad and Parham, to be in a “vulnerable location.”

But additionally, she said, are the needs for space, and innovation. Replacing the campus-style school at landlocked Tucker would provide more field and parking space.

O’Bannon credited former interim superintendent Harvey Hinson for helping “us think more forward.” She recounted that Hinson said maybe the county should think more like business, who “usually, after 60 years tear down a structure, because you can’t renovate something but so many times before it needs to be torn down.”

Forty-one of Henrico’s 72 schools are at least 50 years old, according to the county.

“Campus-style schools were a popular style of construction in a different generation,” Andy Jenks, Henrico County Schools spokesman. “If someone is looking to build a new school in Virginia, I don’t think you would see them choose that as a design.”

“Safety would be one reason, efficiency would be another,” he added.

“WHY NOW,  WHY TUCKER?” ASKS SCHOOL BOARD REPRESENTATIVE

Tucker High, built in 1962, according to officials, has never been renovated. The school is slated for a full scale renovation, which includes everything except the athletic fields.

The board approved the study, though Varina district representative John Montgomery opposed, and questioned why the Best building was currently available, but was not during the multi-million dollar renovation of Henrico High School, in 2013.

“Is there something about the area around Tucker that is more susceptible and more inviting for economic development and revitalization, than say the community are Henrico High,” Montgomery asked. “What about Henrico High School community is not deserving?”

Supervisor John Montgomery, of Varina District, at the closed work session on Feb. 8.

He also pointedly asked if the county made any offer to do a feasibility study to replace Varina High School, built in 1962, “for economic development in Varina.”

“Not to my knowledge,” responded Ciarochi.

Vithoulkas, who became county manager after the Best parcel was purchased, said the original plan was to “move all of our governmental operations from Parham to the Best products site.”

“After an internal study it was made clear that it [moving] would take eight years and cost $80 million,” Vithoulkas said. “While we are cramped…it is a much lower priority than schools.”

He added that the decision to sell the property — currently valued at $8 million — came after renovations started at Henrico High.

O’Bannon, who had been looking at office buildings near Tucker, said it was only recently that Vithoulkas realized the Best building could work. She has told him about her search for available office buildings around the Tucker campus to possibly house students, and “the lightbulb went off in his head.”

The building has garnered some interest on the market. It has working HVAC, a cafeteria, loading dock, elevator, and even a baseball field.

“My thing is caution,” Vithoulkas said, who himself is a Tucker graduate. “We have a guaranteed renovation, anything above and beyond that is going to require a lot of due diligence.”

He also cautioned that there is a significant cost to new construction, and that in addition to the estimated $25 million additional cost for a new school (for a total of roughly $80 million), there will also be the costs of relocating students, and preparing the Best building.

“We have to make sure we don’t spend a lot of money just because the approach is innovative,” Vithoulkas said.

“It would cost a percentage more,” O’Bannon agreed. “If you put more into it, it will last another 60 years.

The first $10 million of a total $55 million allocated for Tucker’s renovation will be released in July, for planning.

Moseley Architects will complete the feasibility study. They will return two planning options for the use of space and the final deliverable with have a floor plan with images for presentation.

The county maintains there are still many unknown factors, even if the feasibility study finds the Best building could be used for a year as a temporary education facility. The biggest factor will be finding the extra money. But if an offer is made for the Best building before any of this happens, the deal could be off the table.

Vithoulkas also said use of the building for Tucker’s replacement would be a one time scenario; ultimately he wants tax revenue from the building. Tuckahoe Middle was slated for renovation, and the other remaining schools to be renovated are elementary schools.

“If we go down this road, there is going to have to be a second or third,” said Lisa Marshall, Tuckahoe School Board representative. “I hope we are starting a trend of starting to be forward thinking…and we see this through the rest of the county.”

“Henrico’s position is ‘let’s do the study and see what comes back,’” Jenks said.