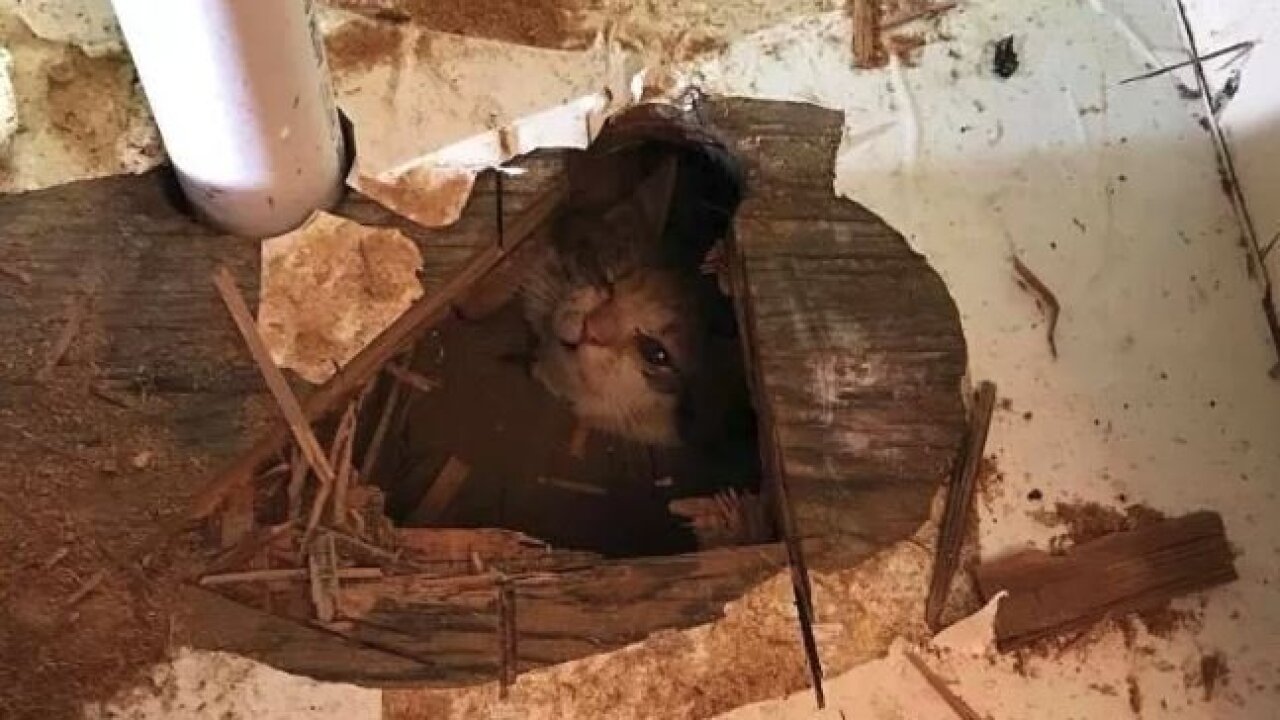 ***Embargo Flint-Saginaw-Bay City*** A kitten had gotten into her crawlspace and up under the kitchen sink, still alive but in some serious trouble.

SAGINAW COUNTY, Mich. — Escaping the snow and cold was a top priority for one cat, but the kitten never expected to be dangling for hours in a tight spot.

“It was bizarre if anything it was just crazy how it could just stay there,” Courtney Neiderquill told WNEM.

Neiderquill came home from work on Feb. 9 hearing a strange noise, an animal in distress. She just wasn’t sure what or where.

“So we looked under the cupboard and you could see there was a tiny hole and its head was popping up through it,” Neiderquill said.

A kitten had gotten into her crawlspace and up under the kitchen sink, still alive but in some serious trouble.

“When they finally cut a little slit and found the body hanging straight down it was dangling by its neck,” Neiderquill said.

As soon as the firefighters freed the kitten from the piece of wood, Saginaw County Animal Care and Control picked her up with a safe place to stay.

She’s pretty much been in Jessica Herzog’s arms ever since, who works at the Saginaw shelter.

“We think that’s she’s probably between three and four months old and as far as her overall health goes she looks pretty good actually for being out on her own for so long,” Herzog said

With all the recent snow storms it’s much more likely that stray animals will try and find shelter in your home.

The shelter recommends reaching out for help if you find yourself in a similar situation.

“She could’ve been injured very badly because she was hanging like that for a while and to be able to get her out the firemen had to use their tools and cut around her to get her out,” Herzog said. “She’s incredibly lucky she’s a strong little girl.”

And that little girl now has a name, Muffin.

She doesn’t know it yet but the house she chose to get stuck in might be choosing her right back.