Conway: I was horrified by Porter allegations 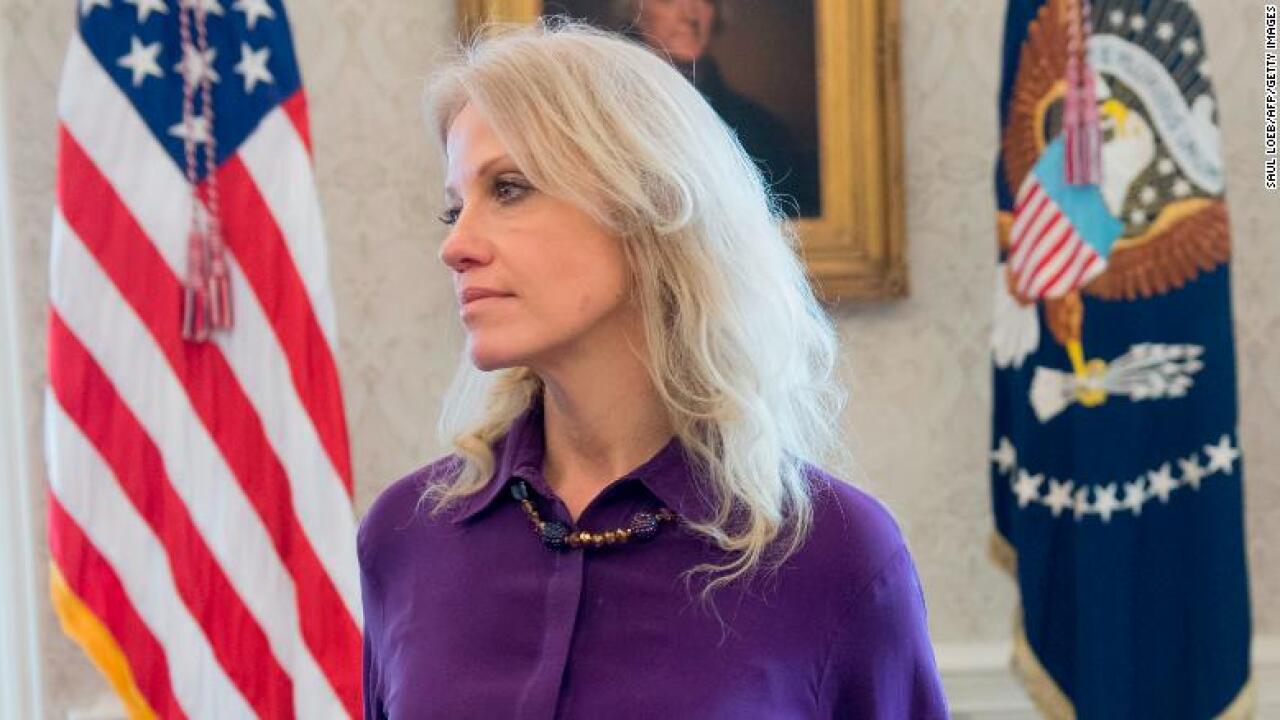 White House adviser Kellyanne Conway says she was “horrified” by recent claims that White House staff secretary Rob Porter abused his ex-wives, adding that she has “no reason not to believe” the women who came forward with the allegations.

“In this case, you have contemporaneous police reports, you have women speaking to the FBI under threat of perjury … you have photographs, and when you look at all of that pulled together, Rob Porter did the right thing by resigning,” Conway said on CNN’s “State of the Union” on Sunday.

“I have no reason not to believe the women,” Conway added.

Conway’s comments stand in stark contrast to remarks from President Donald Trump, who tweeted Saturday: “Peoples lives are being shattered and destroyed by a mere allegation. … There is no recovery for someone falsely accused – life and career are gone. Is there no such thing any longer as Due Process?”

Trump also told reporters on Friday that Porter’s departure was “very sad” and that “he did a very good job while he was in the White House,” but he did not express sympathy for the women Porter allegedly abused, instead focusing on Porter’s claim of innocence.

The allegations of domestic abuse against Porter first came to light last Tuesday. Two of Porter’s ex-wives say they suffered years of abuse, including physical altercations. Porter said he would be resigning from his role at the White House shortly after and has called the allegations “outrageous” and “simply false.”

Porter’s ex-wives detailed the allegations to the FBI over the course of a routine background check, they told CNN. By early fall of 2017, it was widely known among Trump’s top aides — including chief of staff John Kelly — that Porter was facing troubles in obtaining his security clearance and that his ex-wives claimed he had abused them. No action was taken to remove him from the staff, and instead, Kelly and others oversaw an elevation in Porter’s standing.

Both Conway and Short defended how the White House handled the situation. Short told “Meet the Press” that Kelly had learned the full extent of the allegations last Tuesday, “and by Wednesday Rob Porter was out.” Conway said people “should look at the result of how this (was) handled.”

“The result is that, one week ago, Rob Porter was a top aide to President Trump, and today he is out of the White House,” she said.

Last Friday, Kelly made it clear that he would resign if the President wanted him to, a source with knowledge of the matter told CNN.

However, Short told “Meet the Press” that Kelly had not offered his resignation, and Conway told CNN anchor Jake Tapper that Kelly’s job is not in jeopardy.

“I spoke to the President last night, and I told him I would be with you today,” Conway said on “State of the Union.” He said, ‘Tell Jake I have full faith in Chief of Staff John Kelly and that I am not actively searching for replacements.’ He said, ‘I saw that all over the news today — I have faith in him,’ and he does.”

She later said of the President: “He says Gen. Kelly is doing a great job and that he has full faith in him, and I think he looks at the full measure of all of us.”

Former Homeland Security Secretary Jeh Johnson said on “State of the Union” later Sunday morning that Kelly, whom he considers a friend, should try to stay out of the press as Porter’s story unfolds.

“I encourage John to hunker down and do his job, fewer public statements,” Johnson said.

Johnson refused to say whether he would have fired Porter if he were in a similar situation, but noted that “sometimes you have to make the hard choice to move on and find somebody else.”

“When you’re in public office, you have to assume that sooner or later everything is going to get out … and some sort of calculation was made there,” he added.