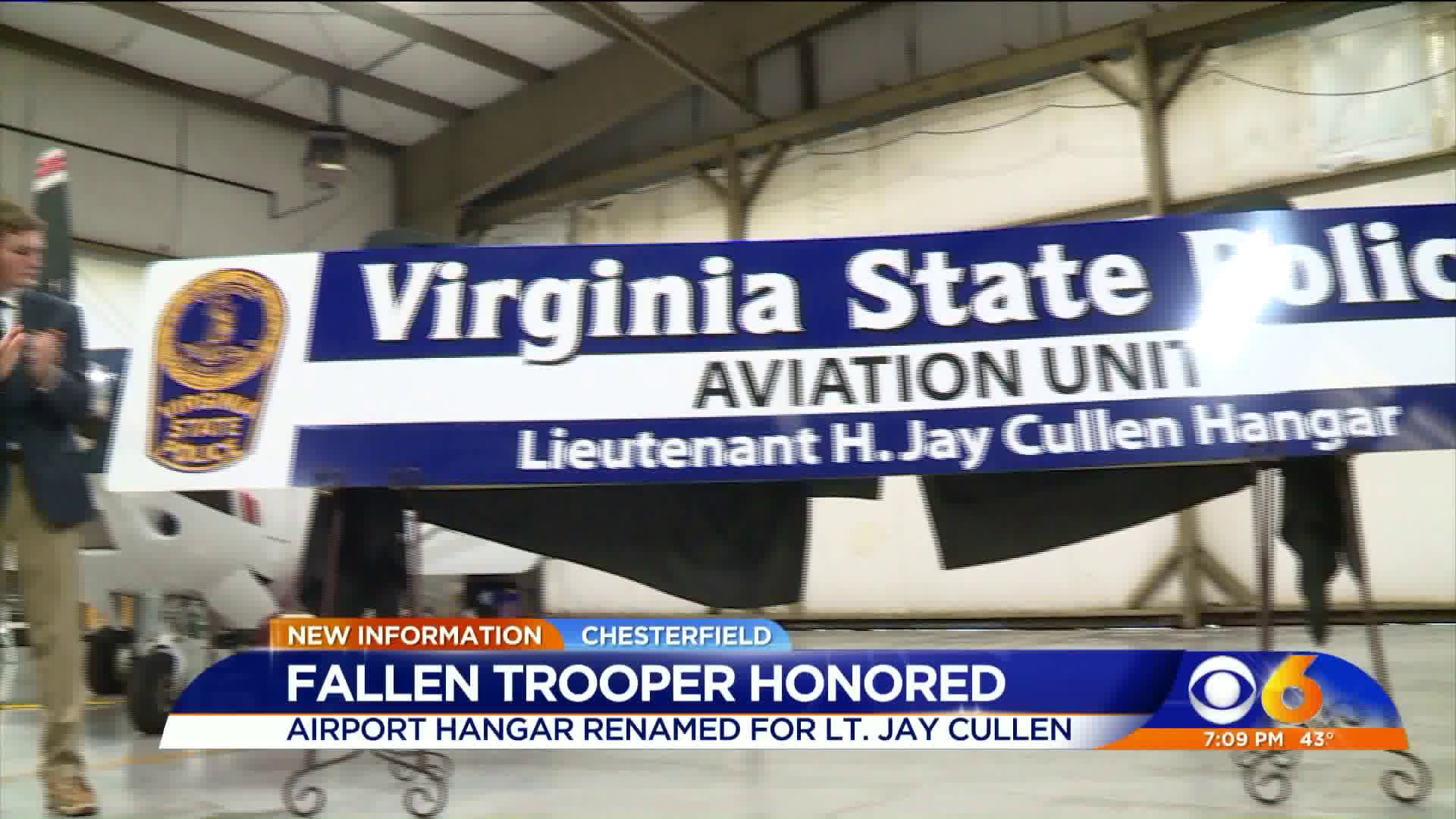 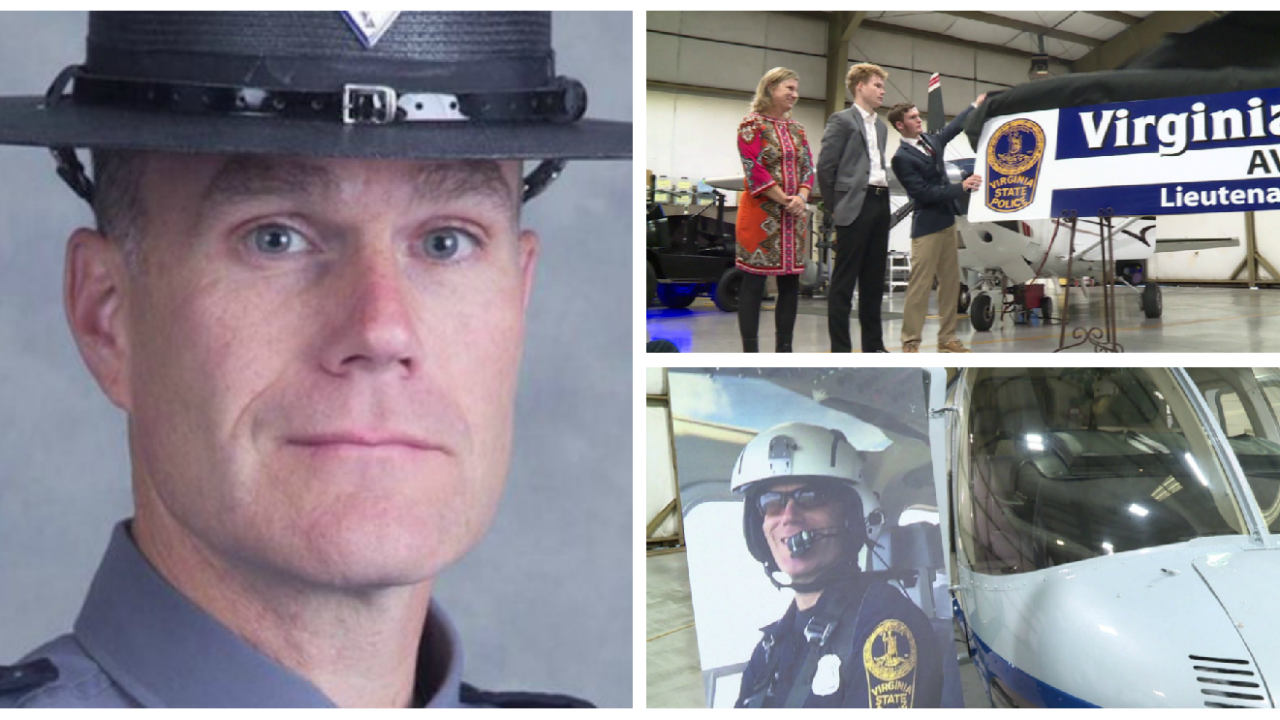 CHESTERFIELD COUNTY, Va. – The State Police Aviation Base at the Chesterfield County Airport has been renamed in honor of Lieutenant H. Jay Cullen, who was killed in the line of duty last year.

The hanger was dedicated to Cullen Wednesday in front of his wife and two sons.

The 48-year-old Midlothian man and Trooper-Pilot Berke Bates, 40, were killed in a helicopter crash on August 12, 2017, during the Unite the Right rally in Charlottesville.

Lt. Cullen and Bates were on their way to provide over-watch for the motorcade of then-Governor Terry McAuliffe, when a Virginia State Police helicopter crashed into a wooded area near a home on Old Farm Road in Albemarle County.

The father of two had served out of the Chesterfield Aviation Base since his promotion to sergeant in 2005.

Lt. Cullen’s wife Karen, spoke at Wednesday's ceremony about what the honor means to her family. 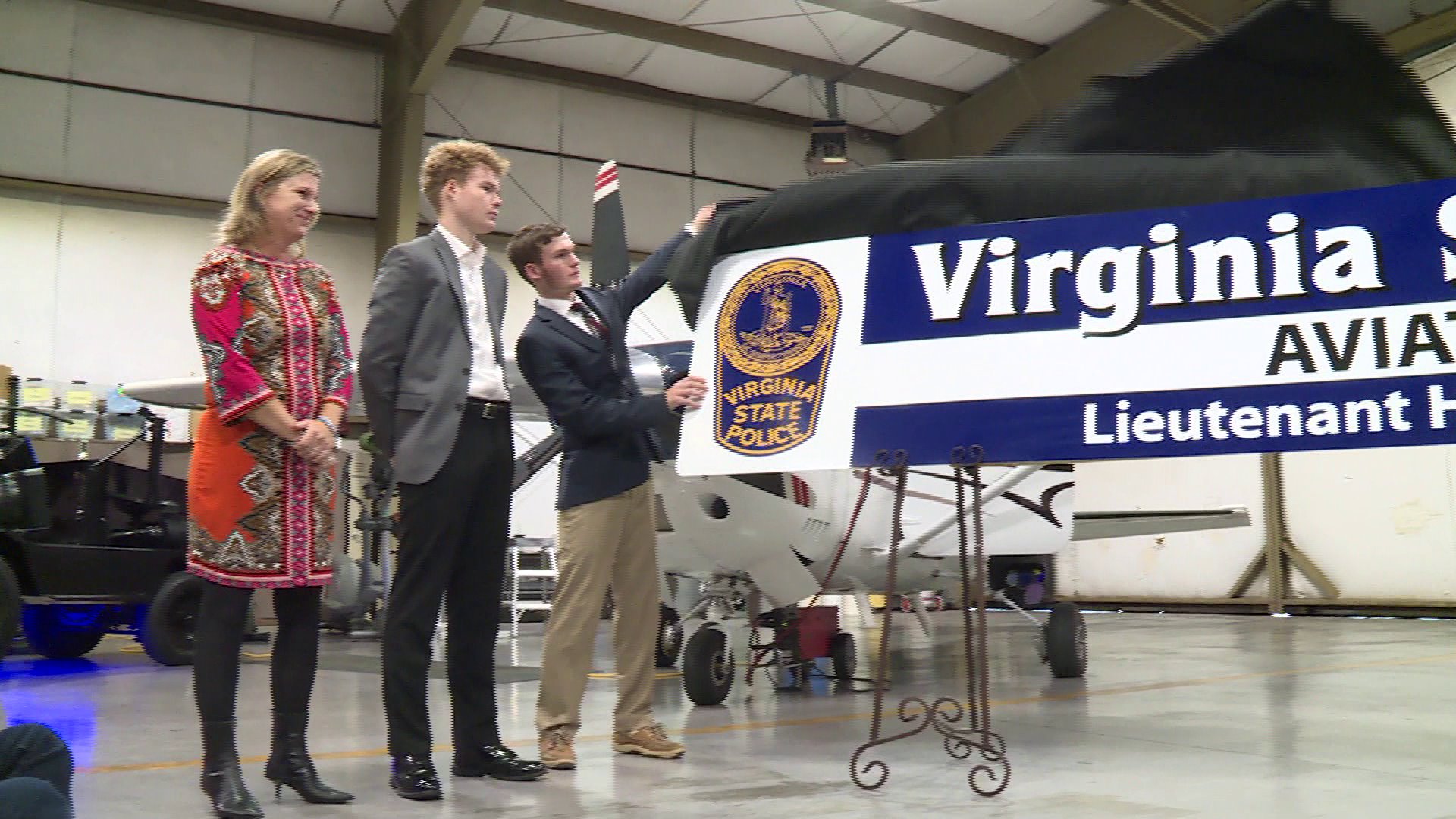 "We love and miss you every day Jay and naming this hanger after you, the Lt. H. Jay Cullen Hanger will serve as a constant reminder of your passion for flying, your dedicate for being an outstanding pilot, and your love of the State Police,” she said.