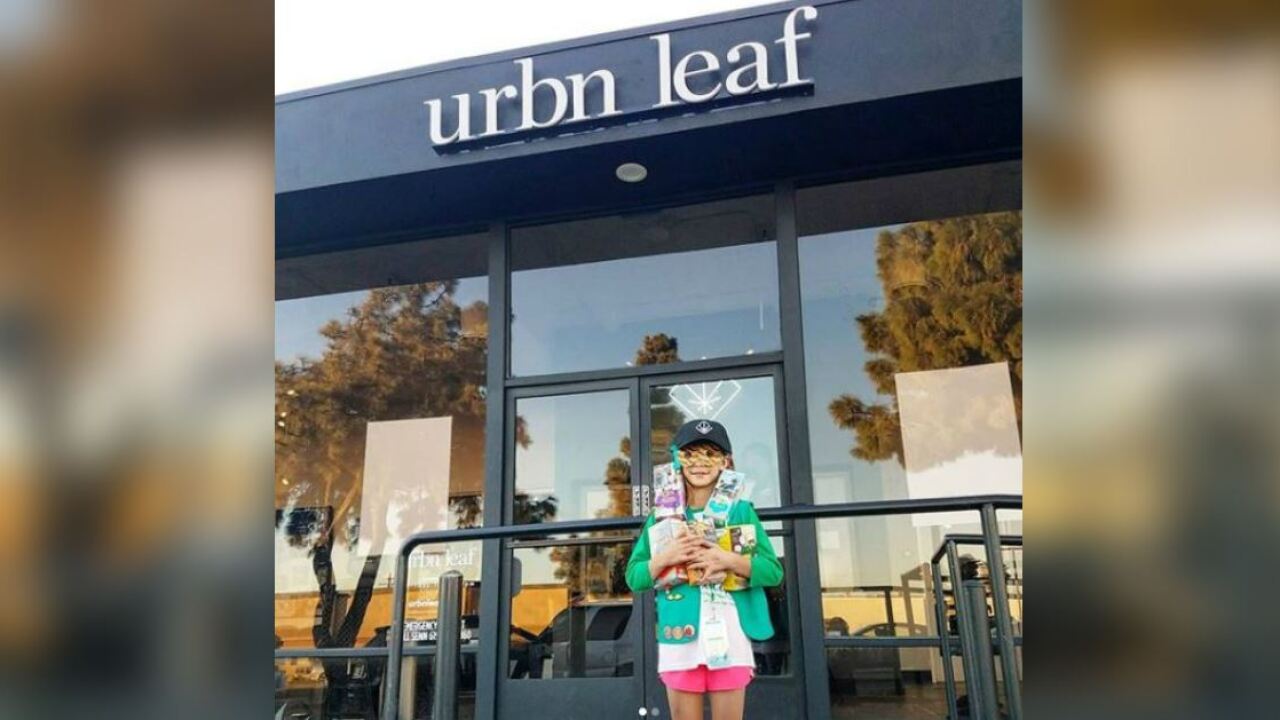 SAN DIEGO — The legalization of California’s marijuana industry and start of Girl Scout cookie sales have created an opportune moment for at least one San Diego girl.

A photo posted on Instagram by San Diego marijuana dispensary Urbn Leaf showed a Girl Scout with an armful of cookies in front of a Mission Bay storefront.

“Get some Girl Scout Cookies with your GSC today until 4 p.m.! Have a friend that wants to #tagalong? Bring them with – shopping is more fun with friends anyways,” the company wrote. “GSC” refers to a product flavored like Girl Scout Cookies.

The scout’s father told 10News his daughter has sold more than 300 boxes in a total of about 6 hours.

Girl Scouts San Diego says booth sales do not start for another week, but that scouts are allowed to sell from wagons as long as they have a parent or guardian present.

“So if that’s what they say they were doing… then they were right within the rules,” said Alison Bushan, of Girl Scouts San Diego.

Bushan said since the scout set up on a wagon and was off the property, the scout was operating within the organization’s rules. Had a booth been set up in front of the business, then a potential problem could occur.

The controversial move of Girl Scout cookie sales at dispensaries has come with changing times around the U.S.

Girl Scouts of America Colorado was prompted to issue a statement in 2014 after a scout reportedly sold more than 100 boxes of cookies in two hours outside a San Francisco dispensary.

“If you are wondering, we don’t allow our Girl Scouts to sell cookies in front of marijuana shops or liquor stores/bars,” the organization’s Colorado branch tweeted.

However, Kelly Parisi, chief communications officer from Girl Scouts of the USA, told the LA Times that each region makes “all decisions on how the cookie program is run. As always, our primary concern is the safety and well-being of the girls we serve.”

Girl Scouts across the U.S. began selling cookies last month and will continue to do so online and in neighborhoods until April.

Get some Girl Scout Cookies with your GSC today until 4pm! 🍃🍪 Have a friend that wants to #tagalong? Bring them with – shopping is more fun with friends anyways. 👭👬👫