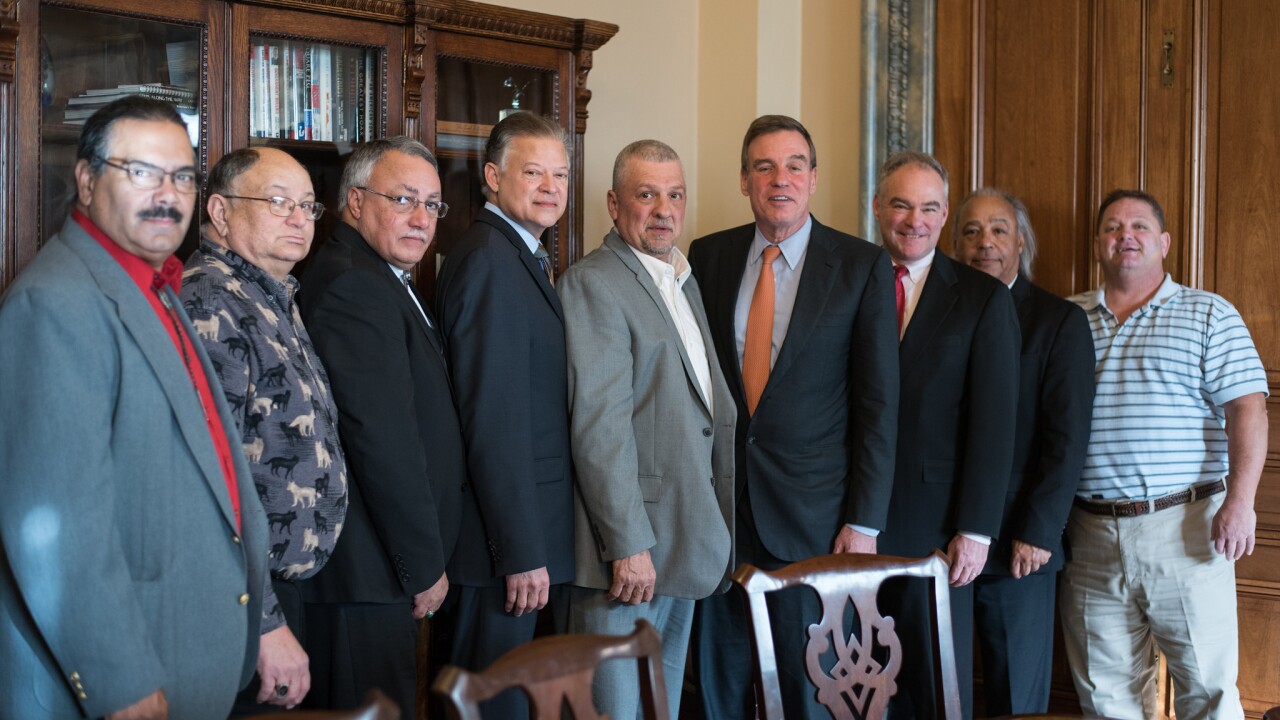 “These tribes have waited far too long for the recognition they deserve. So proud that the president has signed our bill into law,” Senator Tim Kaine (D – VIRGINIA) following the president’s action.

These tribes have waited far too long for the recognition they deserve. So proud that the president has signed our bill into law. https://t.co/bHPhK0qOrV

After decades of delay, Senators Kaine and Warner helped pushed the federal recognition through Congress earlier this month.

“Today closes a chapter on a decades-long pursuit of justice for Virginia’s tribes,” the Senators said in a statement. “Virginia’s tribes have loved and served this nation, and today our country is finally honoring them with the recognition they deserve. We are inspired by the tribes’ leaders who never gave up and thankful to our colleagues Representatives Connolly, Beyer, and Scott, and Wittman for working with us to ensure this was the year that we righted a historical wrong.”

The passage of the Thomasina E. Jordan Indian Tribes of Virginia Federal Recognition Act of 2017 means the Chickahominy, the Eastern Chickahominy, the Upper Mattaponi, the Rappahannock, the Monacan, and the Nansemond will now have the federal recognition.

The federal recognition allows the tribes to:

Have direct relationships with the U.S. government

Repatriate the remains of their ancestors in a respectful manner

In 2016, the Pamunkey tribe became the first Virginia tribe to be recognized by the federal government.