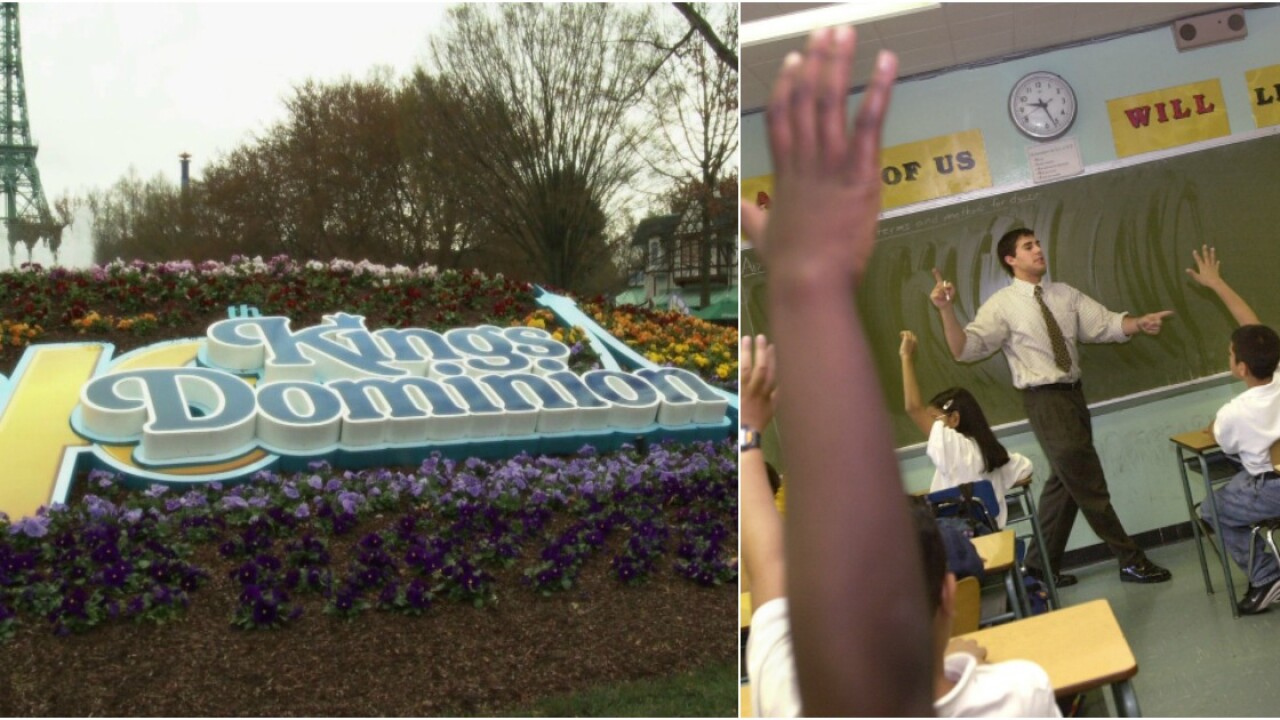 A 1986 law requires school districts to begin their school year after Labor Day unless they obtain a waiver from the state. A WTVR.com investigation in 2017 found that 65% of Virginia public school students already begin the year earlier in the summer.

The House bills that passed would allow local school districts to set their school calendar, so local school boards could either chose to move up their school start times or decide not to. The legislation now heads to the Senate, where the Education Committee tabled similar legislation by a narrow margin.

"It's time for localities to be able to decide what's best for their students and their school boards to make that decision," said Del. Roxann Robinson (R-Chesterfield), who's bill would still require school districts to give students a long weekend for the Labor Day holiday. "Kids who take AP courses, we want them to have that extra time in August, and they'll still get their summer break because they'll be done around Memorial Day."

Twenty-two members of the House of Delegates voted against the bills Tuesday.

Richmond mother of two Marie Marsh said she will deal with any potential changes to the school calendar, as long as the schools respect her family's Labor Day celebration.

"For me, Labor Day has always been everything," Marsh said. "You don't have to worry about celebrating this holiday and going back to school."

A spokesperson for Kings Dominion declined to comment for this story.