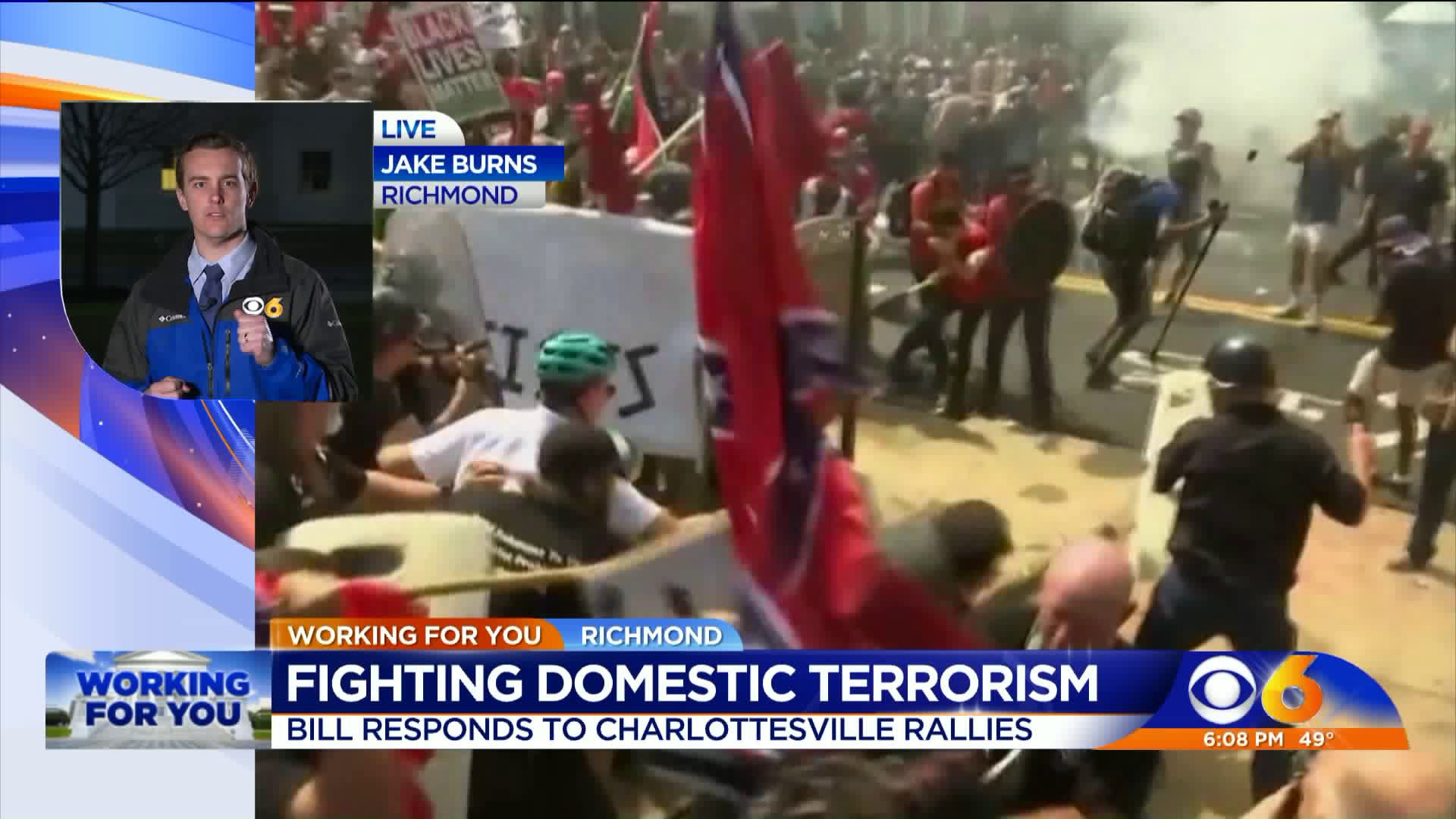 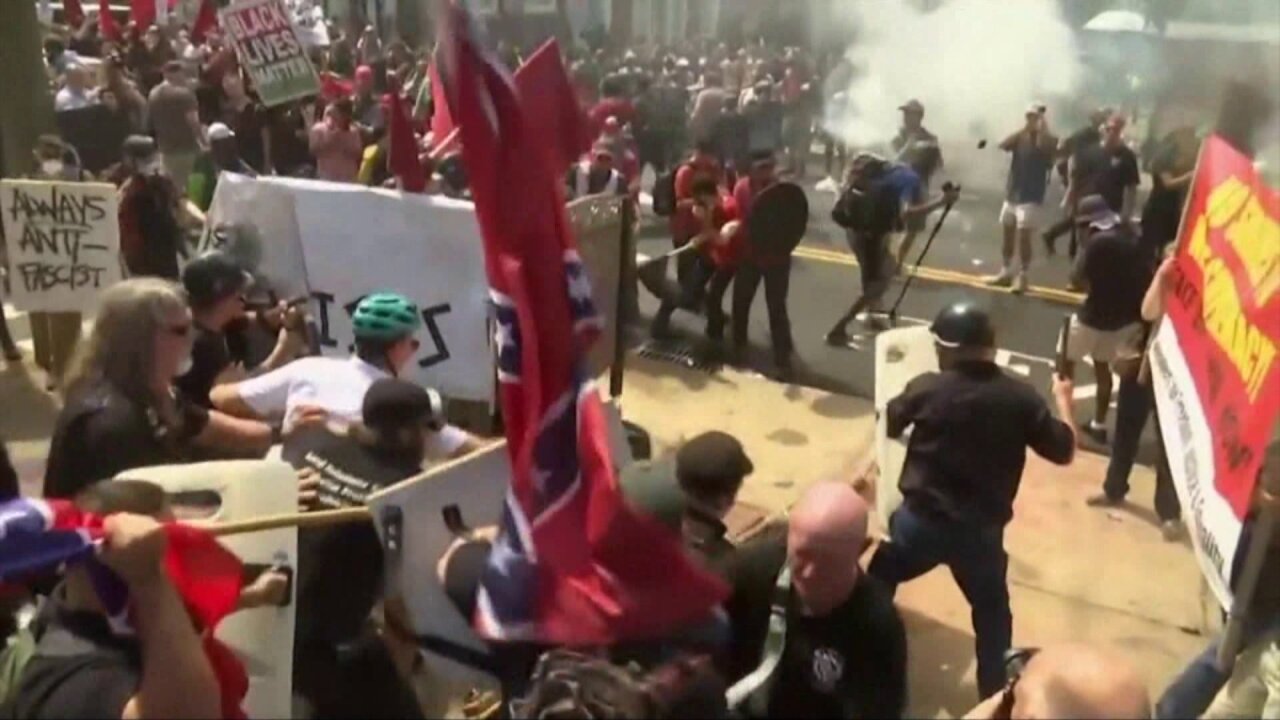 RICHMOND, Va. -- The Attorney General of Virginia has backed legislation that would establish a "domestic terrorism" statute in Virginia. Attorney General Mark Herring said the legislation is in direct response to the white supremacist rally in Charlottesville that turned deadly on August 12, 2017.

HB 1601 would define domestic terrorism as an act of violence "committed against a person or his property with the intent of instilling fear or intimidation in the individual against whom the act is perpetrated because of race, religion, national origin, gender, sexual orientation, or disability."

Herring said the statute would allow local and state police to identify groups who commit acts of domestic terrorism in Virginia and prohibit those groups from gathering to plan new acts. If those groups or individuals ignored police, they could be charged with various misdemeanors or felonies. Groups or individuals would only be identified as "domestic terrorist" after committing two acts violating the state definition, according to the legislation.

“These are violent crimes being committed, hate crimes," Herring said. "What it would do is provide a mechanism for law enforcement to identify groups who pose a threat, and if they are engaging in, planning additional acts of violent hate crimes, give the police a chance to preempt that."

Hate crimes were on the rise in Virginia prior to the violence in Charlottesville, the Attorney General said.

Following the white supremacist rally in Charlottesville, then Governor Terry McAuliffe commissioned a task force to study how the state responds to events like it. Herring said the legislation was crafted through recommendations from the Governor's task force.

Del. Marcia Price (D-Newport News) is carrying the legislation. So far, Del. Price is the only patron of the bill.