Ann Curry on Megyn Kelly’s Fonda remarks: ‘This is not journalism’ 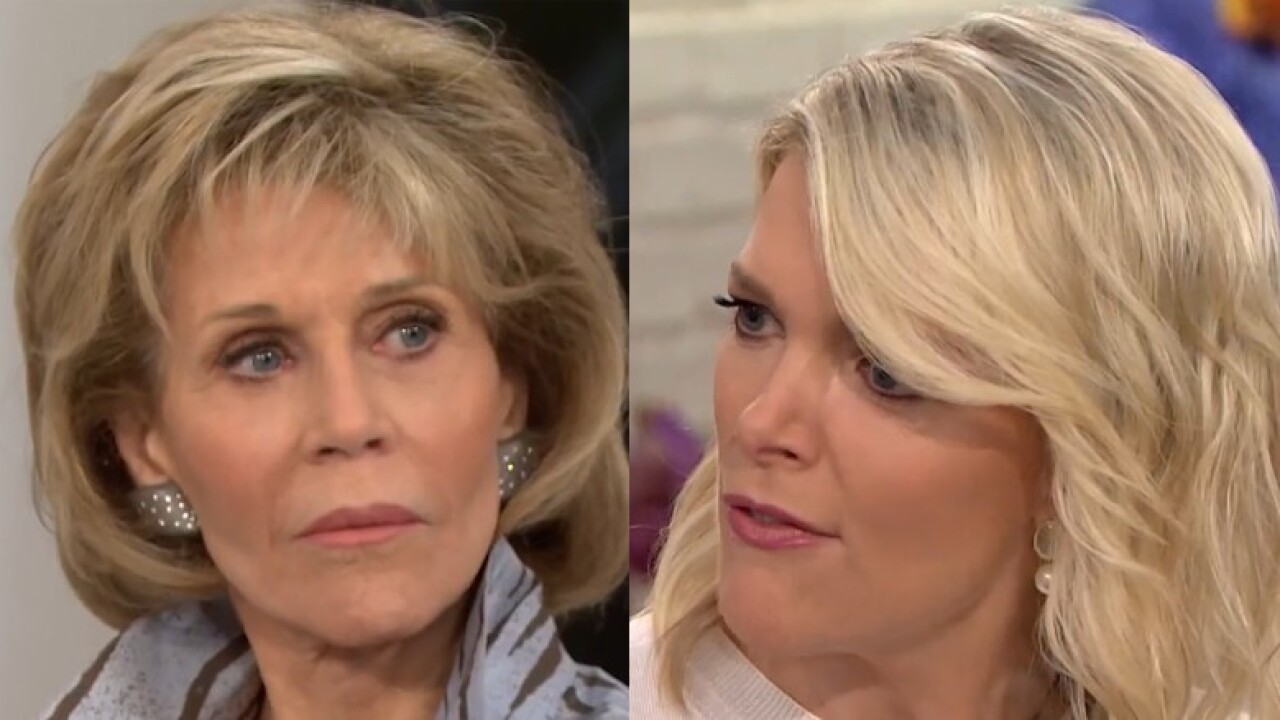 Ann Curry is not a fan of Megyn Kelly’s clapback at Jane Fonda.

The former “Today” show anchor was a guest on “The View” on Tuesday when talk during a panel discussion turned to Kelly’s dust up with Fonda.

The 80-year-old actress appeared on NBC’s “Megyn Kelly Today” in September and said recently in an interview that she felt uncomfortable with Kelly’s question her about plastic surgery.

Kelly fired back on her show Monday saying, “I have no regrets about that question, nor am I in the market for a lesson from Jane Fonda on what is and is not appropriate.”

Related: Megyn Kelly takes on Jane Fonda: ‘I have no regrets about the question’

Kelly then brought up Fonda’s controversial 1972 trip to North Vietnam, where she earned the nickname “Hanoi Jane.”

“She put her plastic surgery out there, she said she wanted to discuss the plight of older women in America,” Kelly said. “And honestly she has no business lecturing anyone on what qualifies as offensive.”

“The View” co-host Meghan McCain, whose father John McCain is a United States Senator and former Vietnam prisoner of war, and fellow co-host Joy Behar, took umbrage with the linking of plastic surgery to the Vietnam War.

Curry chimed in after co-host Sunny Hostin pointed out how rare it is to see a journalist try to defend themselves as Kelly did.

“This is not journalism,” she added.

Hostin asked Curry how she thought Kelly’s comments might affect NBC, Curry’s former employer, as Kelly’s show is part of the “Today” brand.

Curry said it was really up to the viewers.

“I think there is a feeling, listening to some of this, not only are we living in a time … but we are witnessing a certain amount of meanness,” she said. “Meanness which we should not tolerate. We are better than this.”