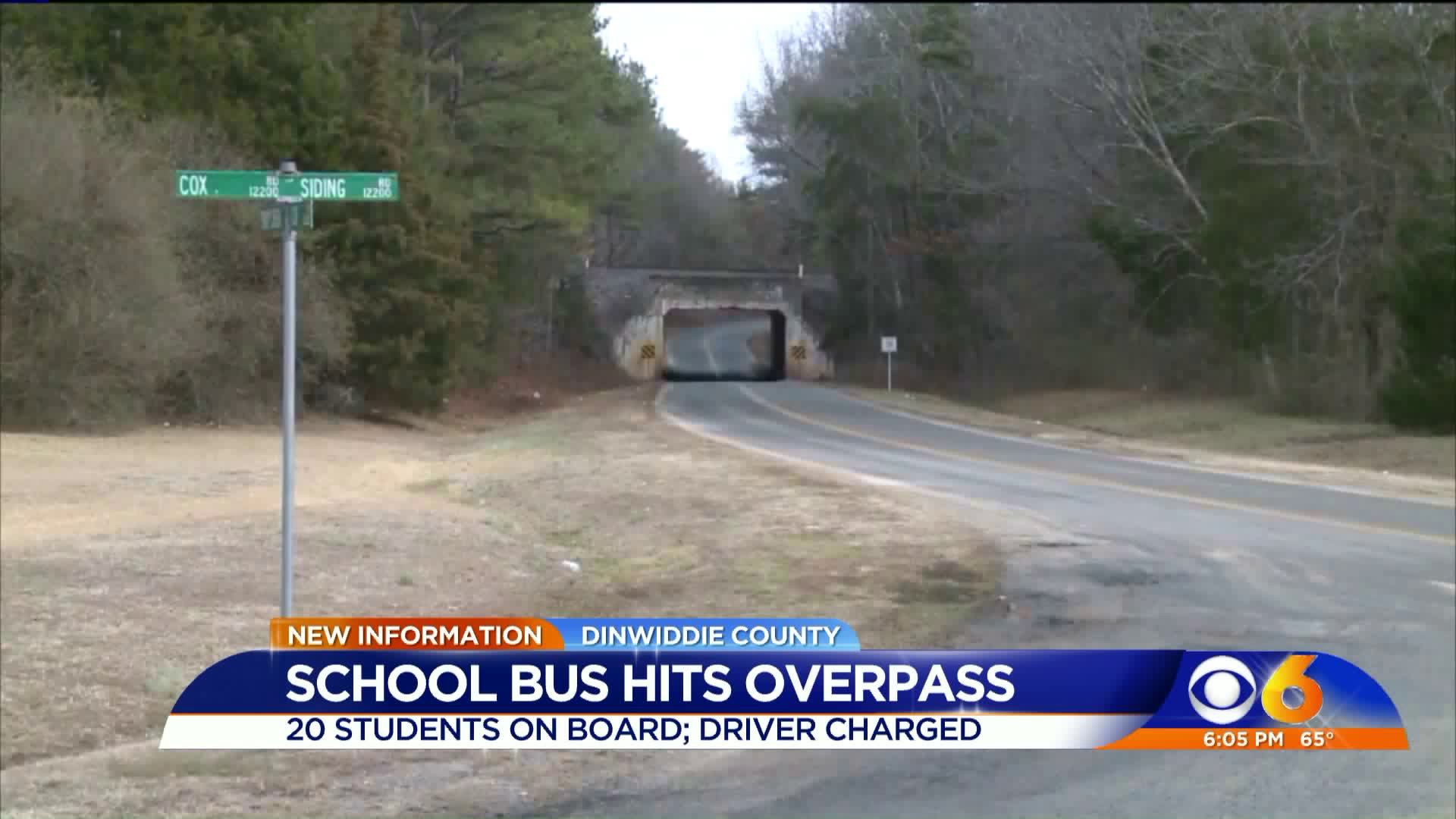 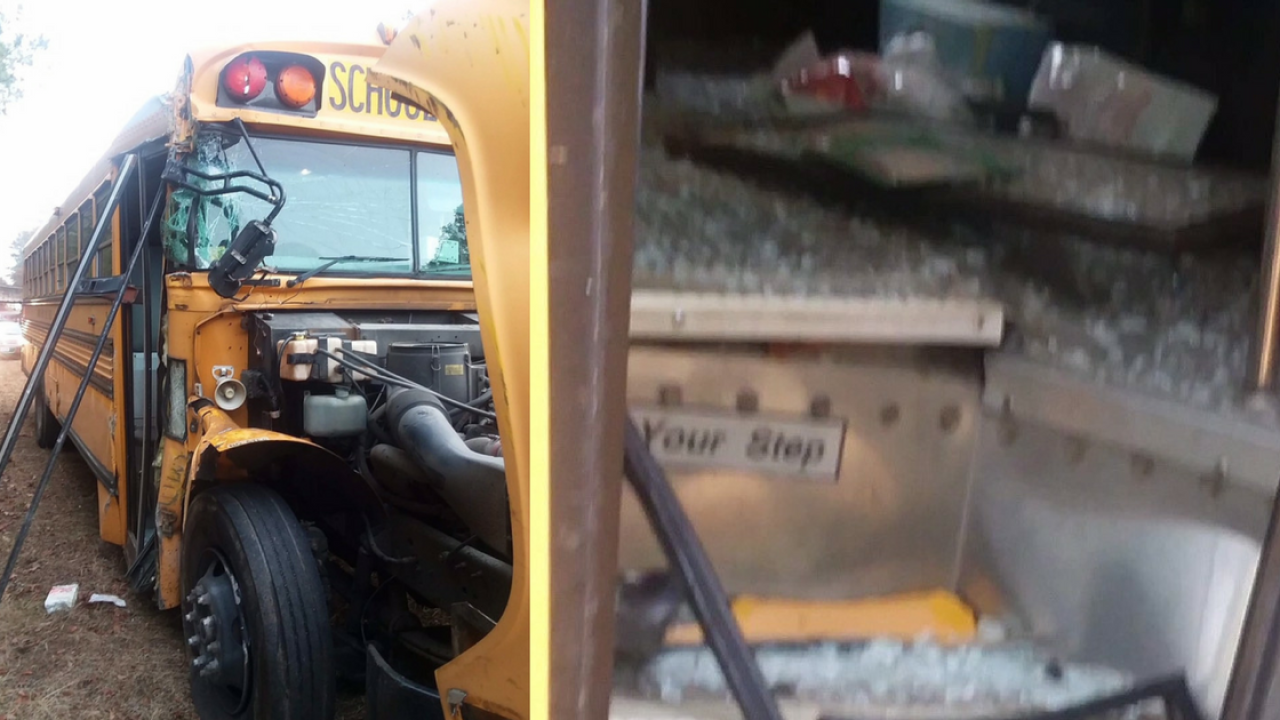 DINWIDDIE, Va. -- Twenty elementary school students were on board a Dinwiddie school bus when it was involved in a single-vehicle accident. According to school officials, the bus driver hit a railroad overpass on Trinity Church Road at approximately 8:10 a.m. Monday.

The families of the 20 students on board were contacted by the school administration and picked up from another location.

The driver and students were assessed at the scene, and no injuries were reported.

Seven-year-old Dustin McCarter said he didn't even have a chance to be scared because the crash happened so suddenly.

Broken glass covered the steps of the bus, and the door frame around the steps was mangled. The bridge, built in 1928, was closed to trains for several hours until it was inspected and deemed safe for trains.

The driver, who has been employed as a driver since September 2015, was charged with failure to maintain vehicle. She has been put on administrative leave with pay during the investigation.  Dinwiddie County requires drivers to have their CDL license, no reckless driving or DUI violations on their record and no more than two moving violations.

This is a breaking news story and will be updated when more information is released.