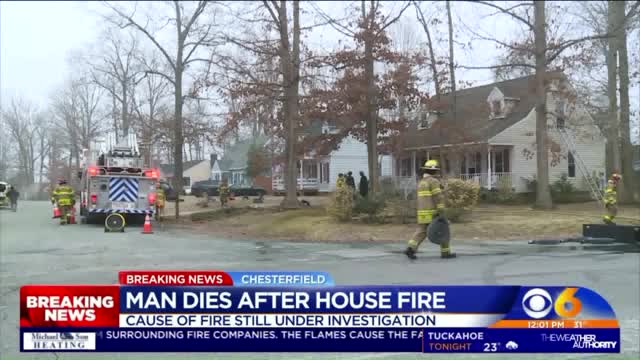 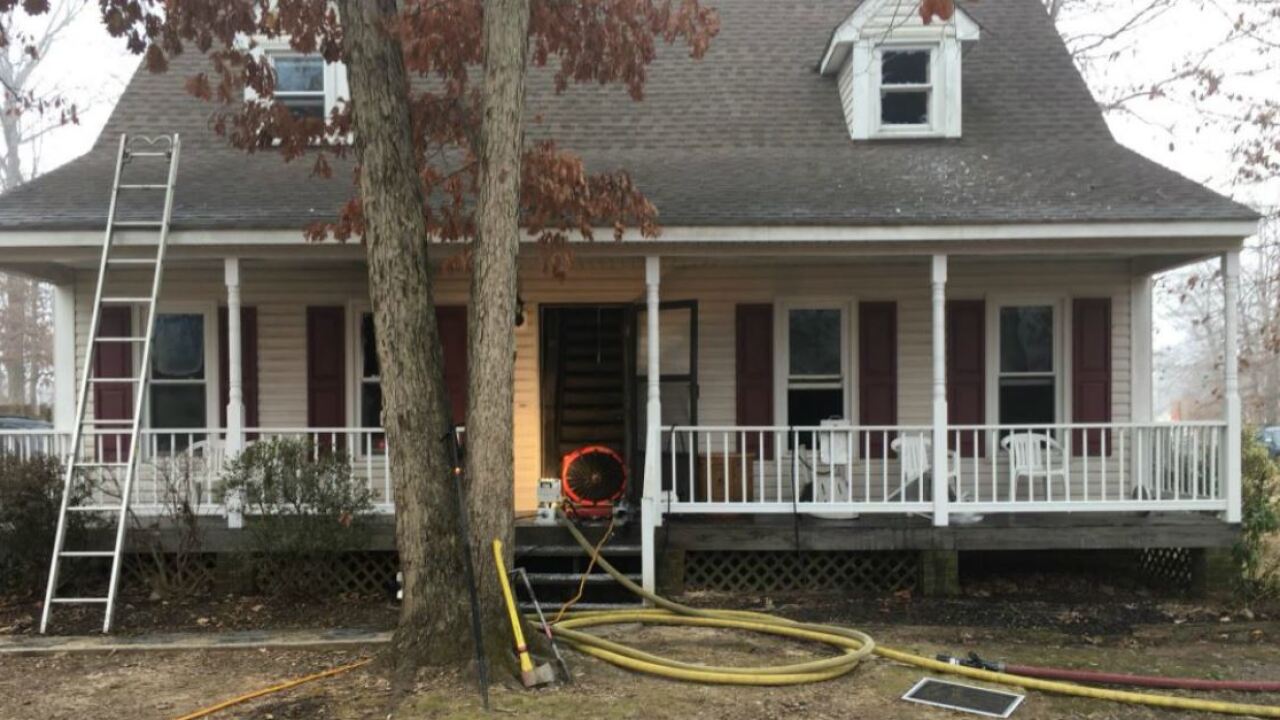 CHESTERFIELD COUNTY, Va. -- A Chesterfield man pulled from a burning home in Tuesday morning has died, according to Chesterfield Fire and EMS spokesman Lt. Jason Elmore.

Firefighters were called to the 4000 block of West Terrace, near Belmont and Turner roads, at about 7:13 a.m.

"Fire crews arrived to find heavy smoke coming from the front of the house," Elmore said. "Firefighters entered the home and found an adult occupant on the first floor."

The man was taken to Chippenham Medical Center where he was pronounced dead. The man's name has not yet been released.

The cause of the fire remained under investigation.