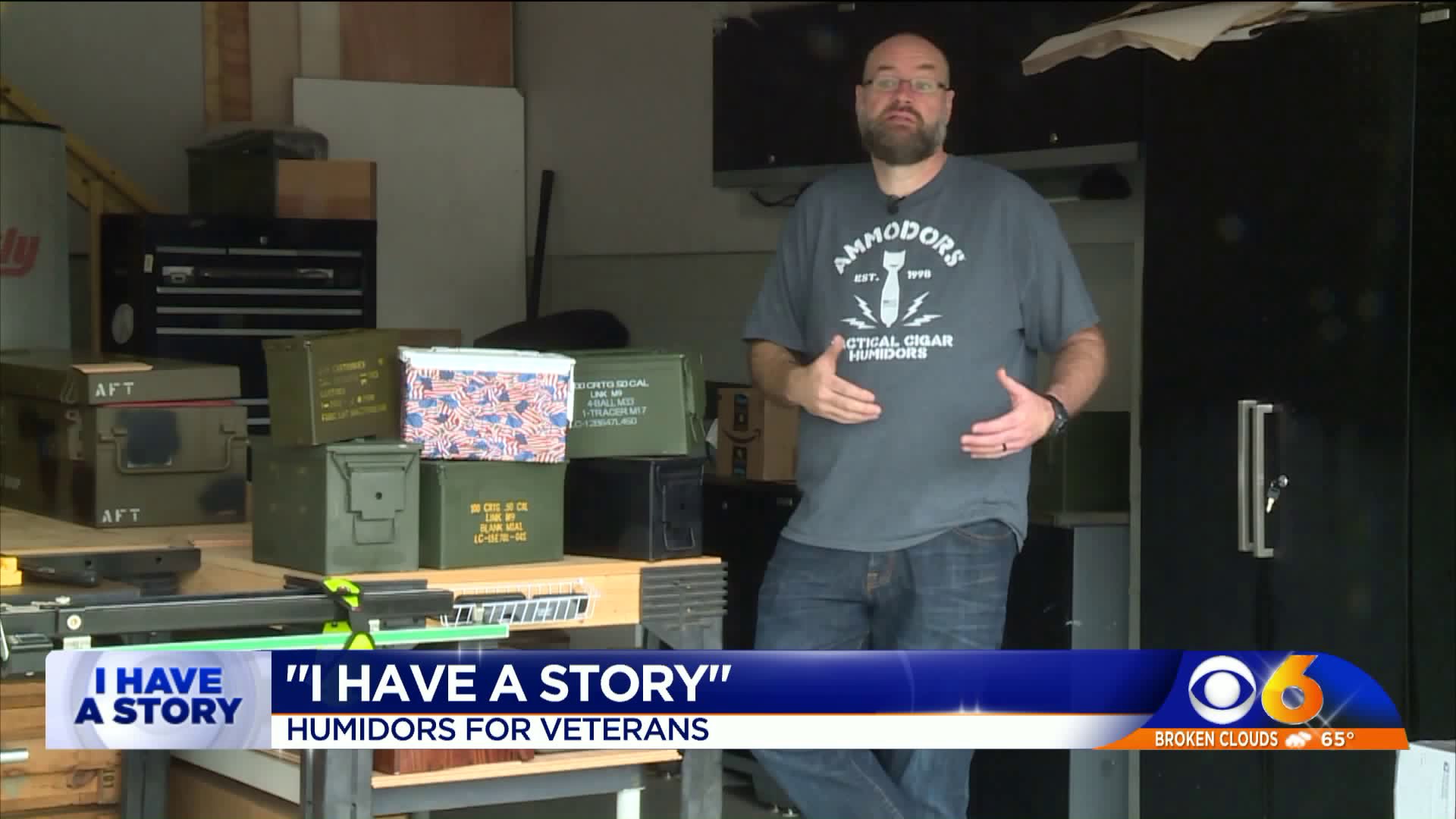 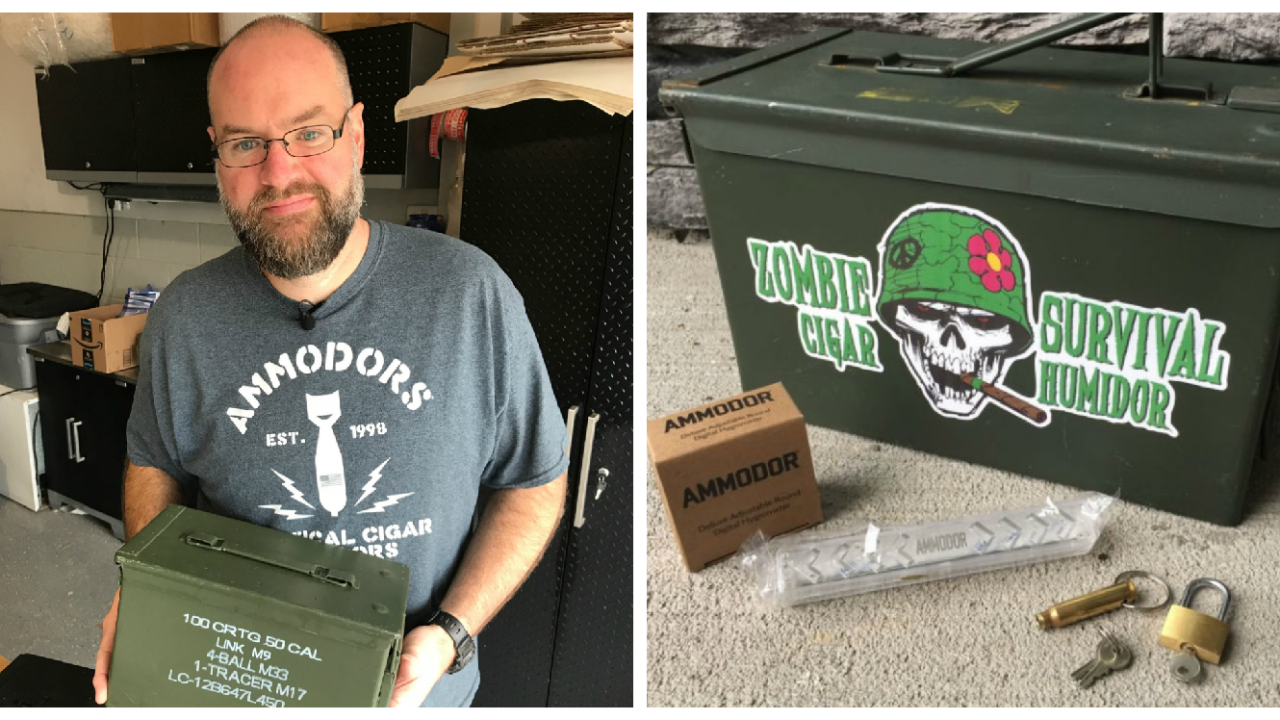 CHESTERFIELD COUNTY, Va. -- A Chesterfield man is discovering his passion and a lucrative side hustle in his own garage.

Kevin Fisher is a graphic designer who creates websites with his mouse and software in his home office. But he is adept at creating something entirely different in his garage using his hands and hardware.

Kevin’s air tight Ammodors range in all shapes and sizes. The boxes come from different eras as well from World War II to Vietnam. Kevin says the materials make the perfect indestructible humidor and no two are exactly alike.

“To be able to take somebody’s container that was their grandfather’s ammo can and maybe re-purpose it for something else and keep in their family for years is very meaningful to me,” said Fisher.

The 39-year-old father says it takes about an hour to make a cedar lined Ammodor. He says being able to recycle these important links to the military is an honor. And Fisher’s business is exploding.

Fisher’s grandfathers and uncles served in the military so he has a great respect for people who wear the uniform. He says a portion of his sales go to non-profit organizations that benefit veterans, like Hope for Warriors.

“When I started I wanted to make it my mission to give back to our veterans as well as those who are still serving. Cigars and the military have a huge connection. Many of my customers are current or former military,” said Fisher.

Prices for Kevin’s Ammodors range from about $100 to $2,500. For more information about Kevin’s creations visit, www.ammodors.com.