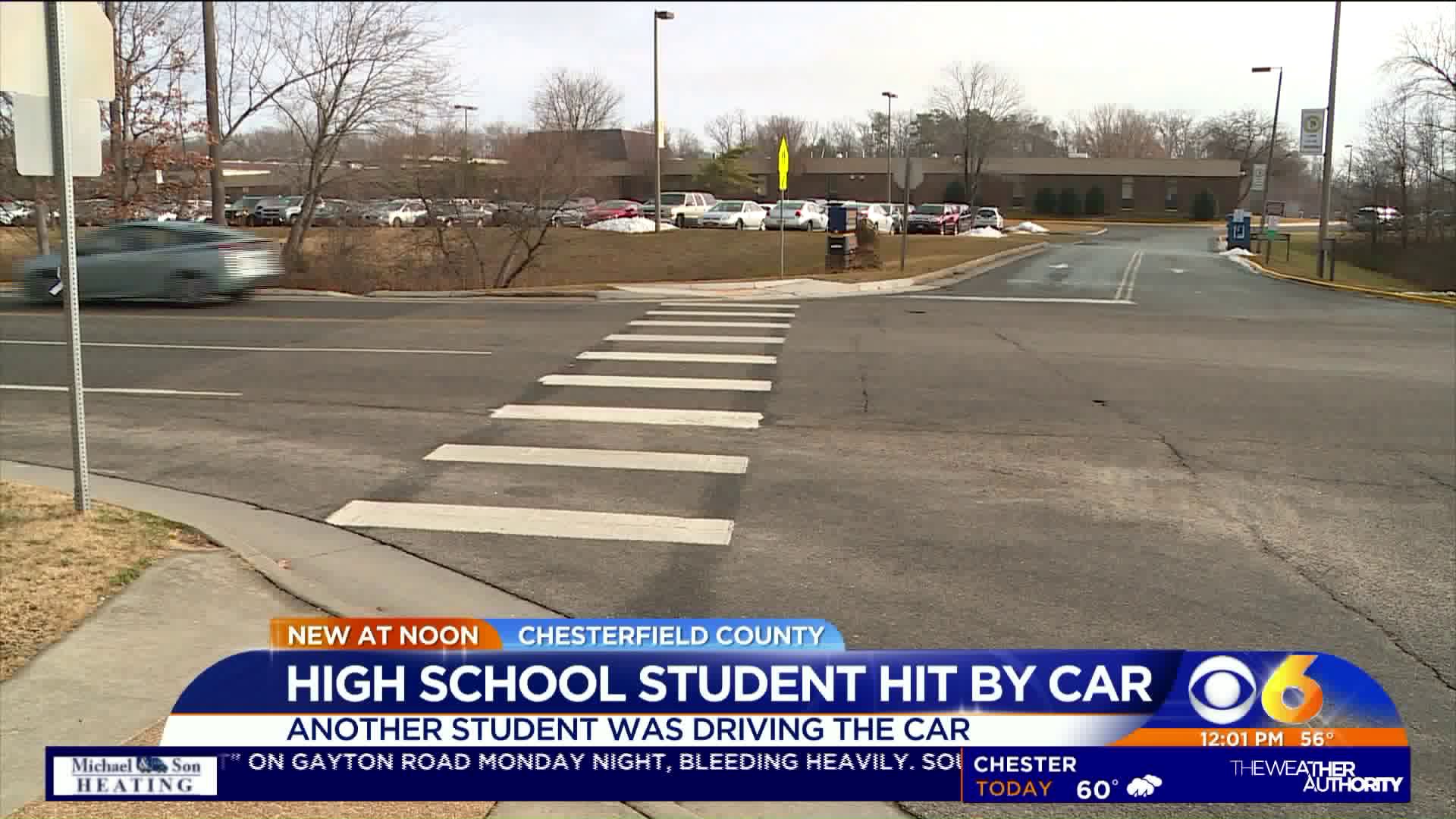 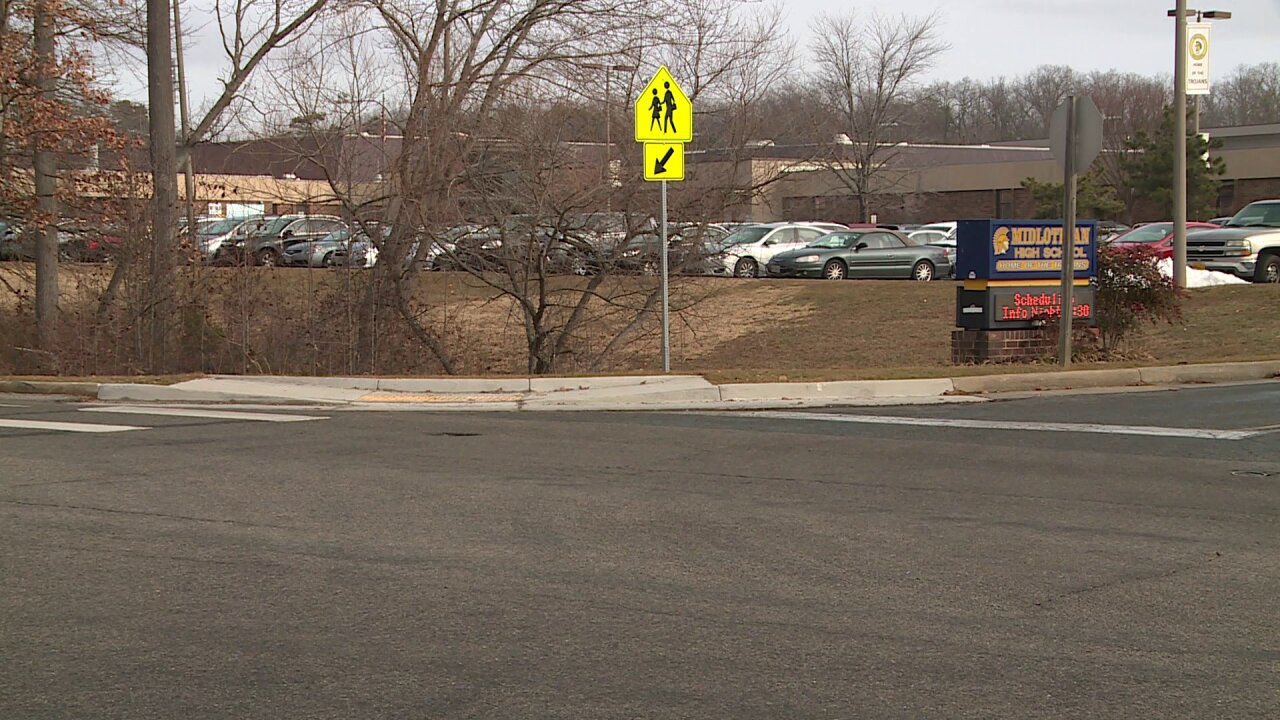 MIDLOTHIAN, Va. -- A Midlothian High School student was hurt Thursday morning when he was struck by a car driven by another student, according to Chesterfield Police.

The injured 15-year-old student was taken to the hospital with injuries that police described as non-life threatening.

The incident was reported at 7 a.m., outside the school on Charter Colony Parkway in Midlothian.

The student driving the car involved in the incident was not hurt, police said.