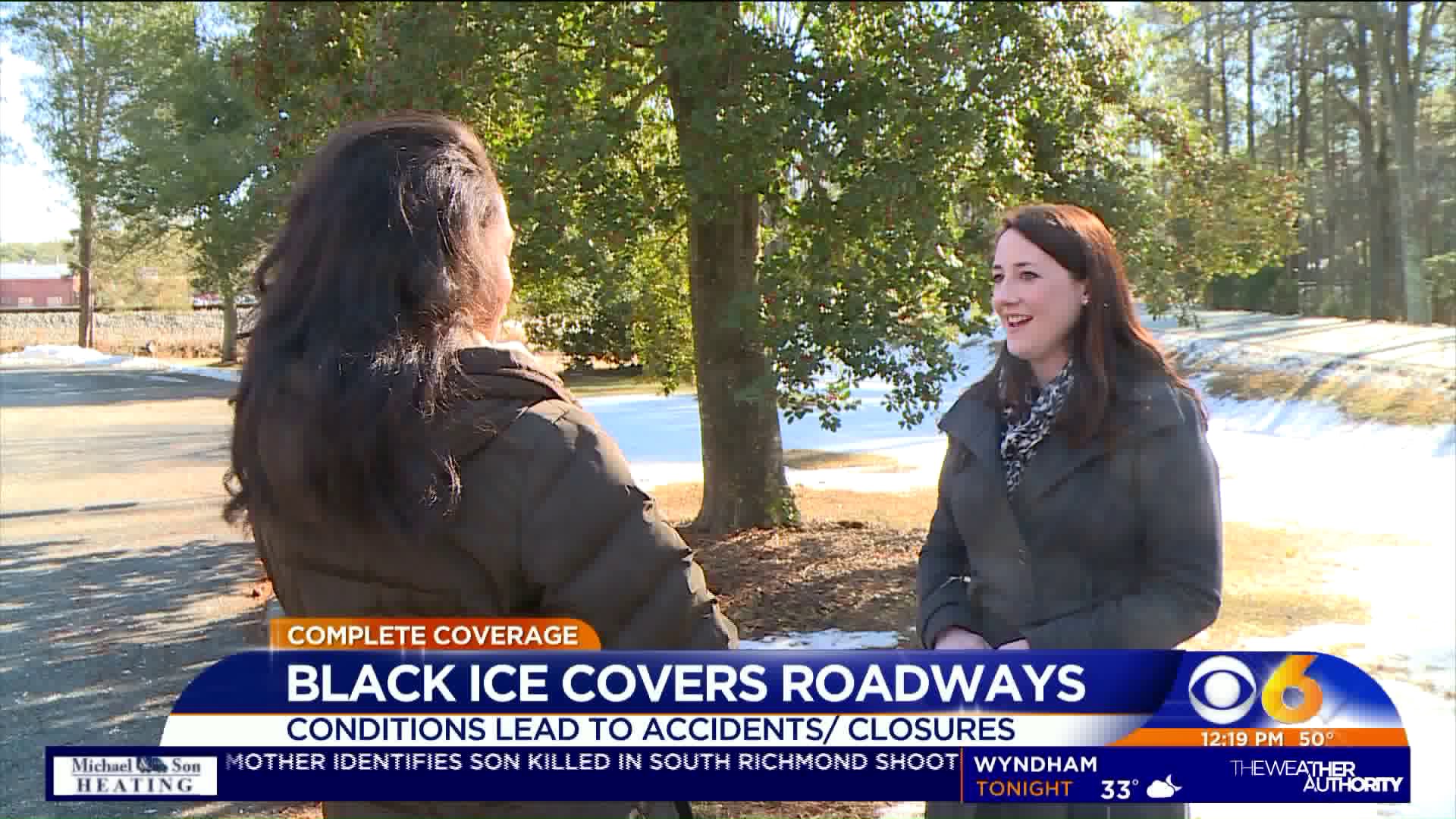 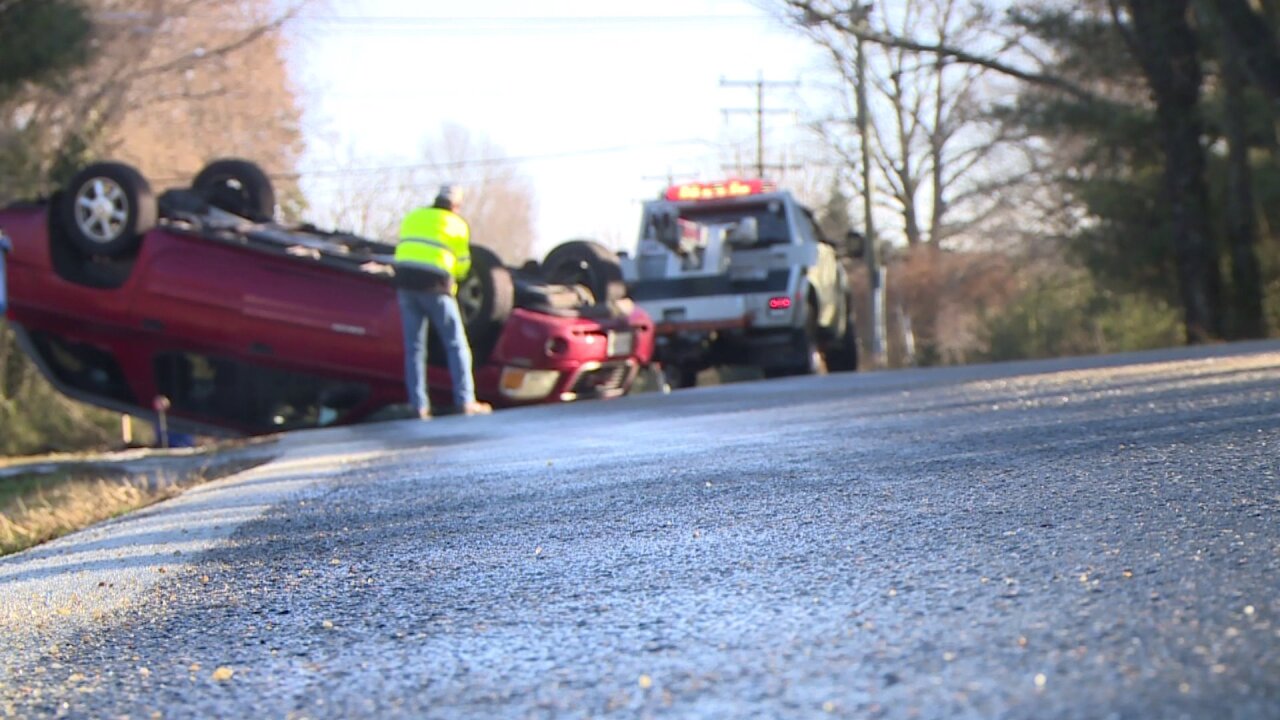 RICHMOND, Va. -- Schools were cancelled again Tuesday and dozens of accidents were reported around Central Virginia after melted snow turned into black ice Tuesday morning. Many schools that planned on opening with a two-hour delay Tuesday, changed it to a full closure once the icy road conditions become a concern.

"Black ice is always the biggest concern because you can't see it and no one can control a car on ice. It's just not possible," Martha Meade, a spokesperson for AAA Mid-Atlantic said.

One Chesterfield woman had to be rushed to the hospital after she flipped her SUV. On kingsland Road, a tow truck pulled this a Honda Accord from a ditch after it slid off the road and overturned.

The Virginia Department of Transportation (VDOT) was aware of the potential black ice dangers going into the Tuesday morning commute.

When asked why icy conditions continued to be such a problem Tuesday, VDOT spokeswoman Lindsay LeGrand blamed it on the rain. Monday evening's rain, specifically.

"When it's raining we don't put as much salt down because it could just wash away," LeGrand said. "We will continue to monitor conditions today [Tuesday]. We're going to have crews at least on stand by tonight and then if temperatures drop we will have crews treating road ways ahead of the morning rush hour to make sure roads are safe."

This is a developing story. To report road conditions in your neighborhood, click here.