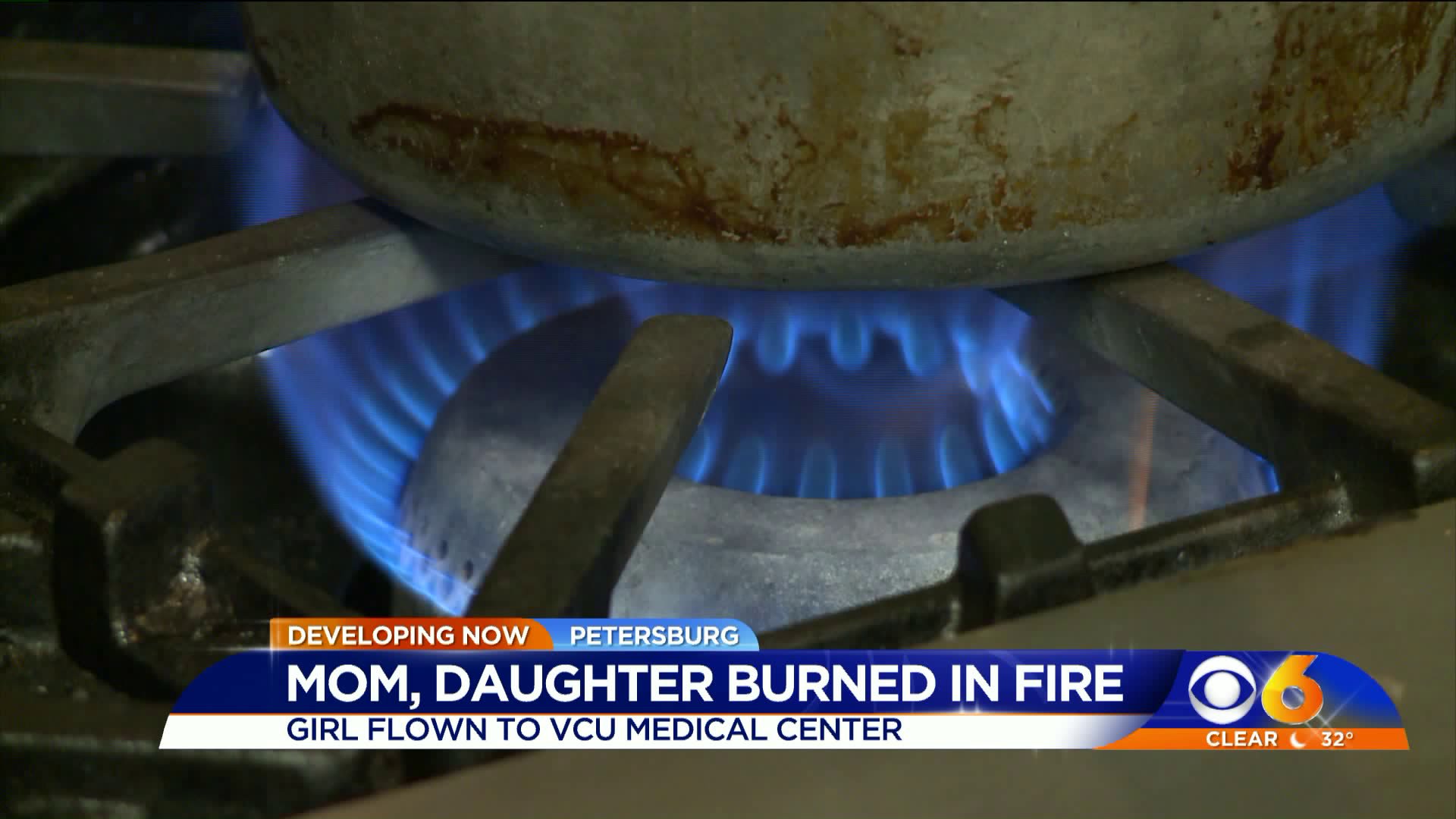 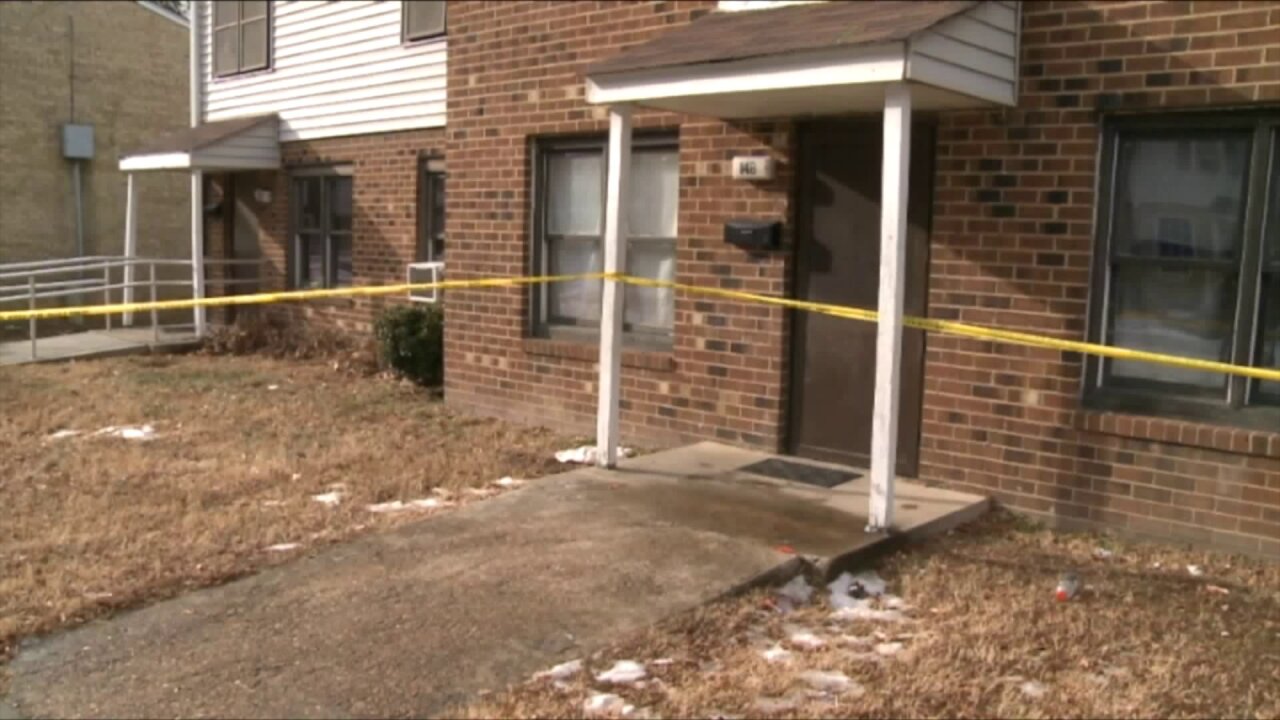 PETERSBURG, Va. – The Petersburg Fire Marshall was picking up evidence from the front yard of a Petersburg home after a mother and her daughter were burned badly in a fire Tuesday afternoon.  A red, burnt pot holder was placed in a separate evidence bag.

Investigators said the mother heard the smoke alarm and found a pot on fire.

"She picked up the burning pot with a bare hand and a pot holder,” said Lt. Emanuel Chambliss, Petersburg Police.

"From what we can gather, mom had some hot oil or wax on the stove,” said Chambliss.

The 911 call came in at 1:26 p.m. Tuesday. When officers arrived on scene they located a 6 year old girl, with burns on the back of her head and leg.

The daughter was flown to VCU Medical Center for treatment.

Officials said the preliminary investigation indicated the mom may have had some type of scented wax inside the pot which ignited. They said as she grabbed the pot to take it outside, and passed the sofa, it then caught fire. That’s when the daughter was burned.

Capt. Brandon Cole, with the Petersburg Fire Department, said that 62 percent of all fires in the home, start in the kitchen.

"The number one thing not to do is to lift the pan and take it outside,” Cpt. Cole emphasized.

Instead, he said stay calm and do three simple tasks.

"The best thing to do is to turn the burner off, if there's a lid handy, you want to cover the fire, which will smother it and then dial 911,” Cole said.