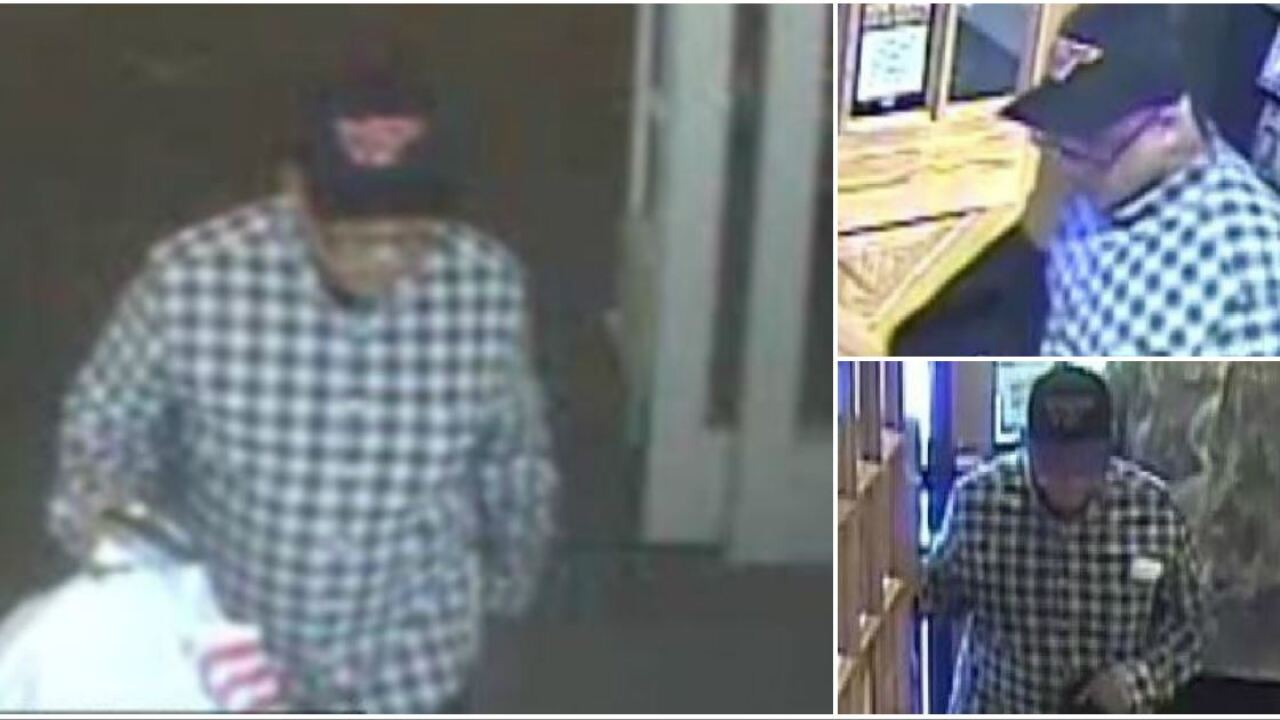 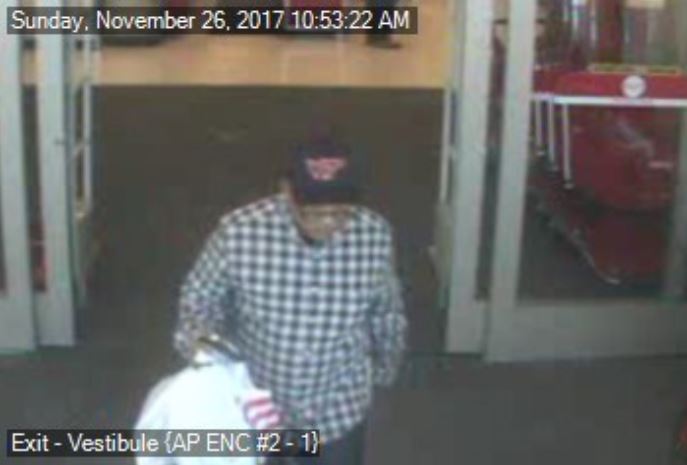 HANOVER COUNTY, Va. — Investigators released several photos of a man wanted for questioning in a Hanover pickpocketing scam. The November 26 crime was reported at a restaurant along the 7300 block of Bell Creek Road in Mechanicsville, according to investigators.

“One suspect entered the store in front of the victim and dropped personal belongings out of his jacket,” a Hanover Sheriff’s Office spokesperson said. “When the victim attempted to assist the suspect in picking up his belongings, the suspect touched the victim’s leg and advised him he was standing on his phone. The victim was not standing on a cell phone and later determined that his wallet had been stolen during the incident.”

Later that day, the suspect used the victim’s credit card at Target, racking up more than $1,700 in charges.

“The victim believed there were two suspects; however, only one suspect was observed on surveillance video,” the Hanover Sheriff’s spokesperson said. “The suspects are described as black males, 25-50 years of age.”