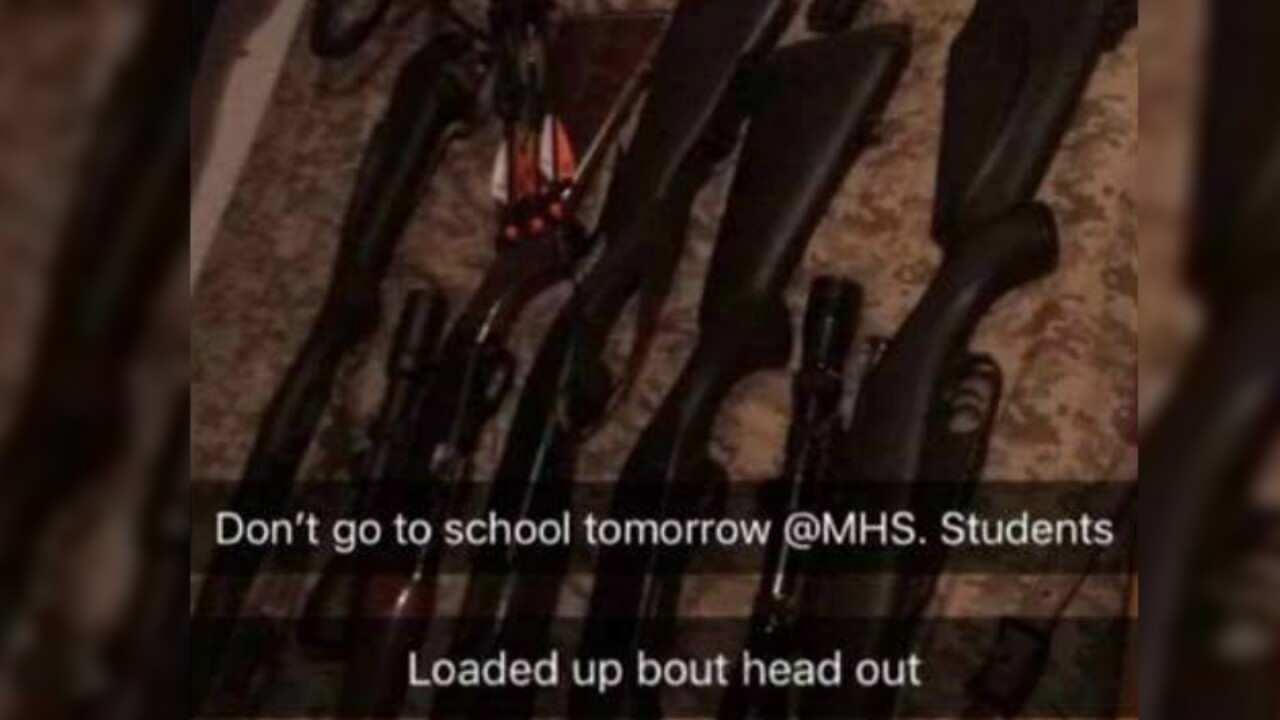 The post featured a number of guns with a message that reads: “Don’t go to school tomorrow @MHS. students [sic]” “Loaded up [sic] bout head out.”

Officials with the Albemarle County Police Department said a juvenile suspect has been detained and that charges are pending.

“We want to thank the public for calling in with information and the Albemarle County Public School system for their help in the investigation,” officials said.

In addition, police pointed out that all county public schools are under constant surveillance by officers and are “protected by alarm systems that immediately alert when an unauthorized person enters.”

Additionally, officials said there will be increased police presence at all high schools in the county when schools open on time Monday.

In neighboring Madison County, deputies said they had received several messages about the post.

“Although the threat was not intended for our schools, we continue to be proactive in monitoring this situation. Parents with students at any Madison County Public Schools will see an increased presence by law enforcement to ensure the safety of our children,” Madison County Sheriff’s Office officials said.

Anyone with information that could help detectives was asked to call the Albemarle County Police Department at 434-296-5807.