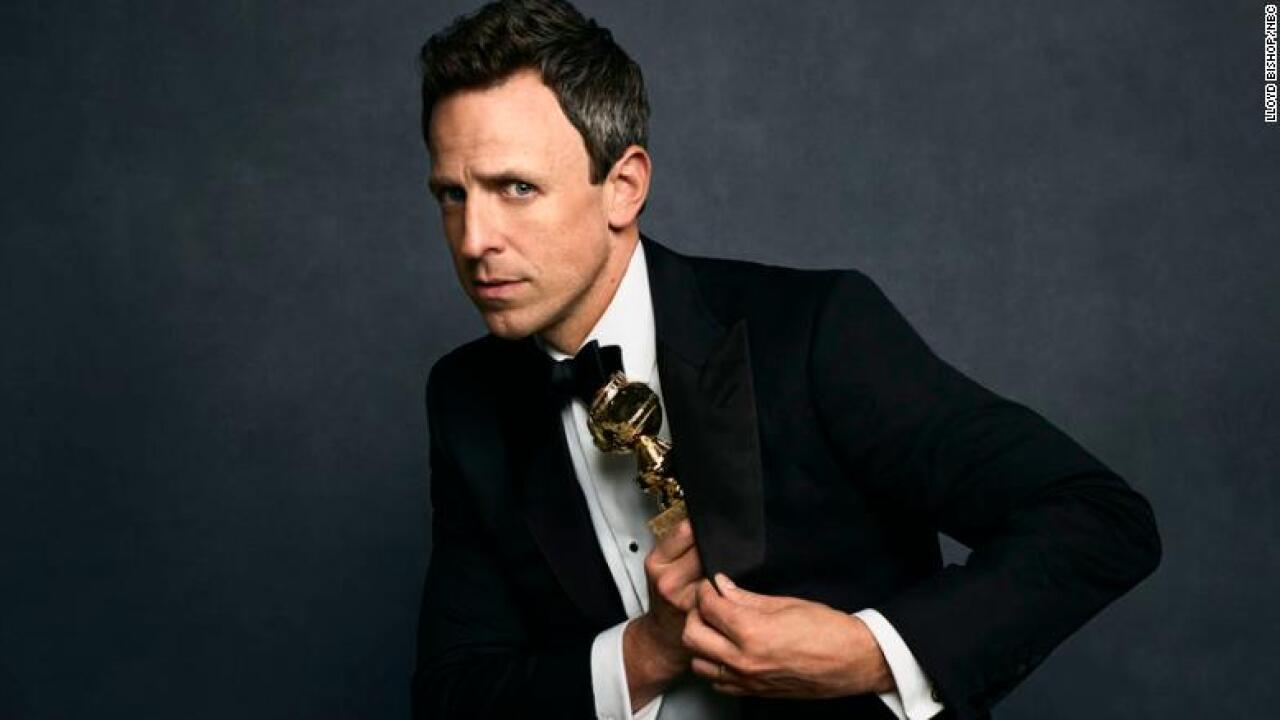 Hollywood’s award season unofficially kicks off Sunday at the 75th Golden Globe Awards. The event, where roughly 90 members of the Hollywood Foreign Press Association honor the best in film and television, has a reputation for surprising water-cooler moments.

Here’s what else you can expect:

Seth Meyers will host the Golden Globes for the first time. Not one to pull political punches on his late-night show, Meyers said he plans to target his commentary toward Hollywood instead of Washington on Sunday. Still, it’s hard to believe he won’t drop President Trump’s name in at least one zinger.

When it comes to television, the HBO limited series “Big Little Lies” leads with six nominations.

Expect to see celebrities wearing black to raise awareness of gender and racial inequality. The suggested attire is being encouraged by the more than 1,000 women in entertainment behind the Time’s Up initiative to combat sexual harassment and assault, which launched earlier this week.

Oprah Winfrey will be honored with the Cecil B. deMille Award, which Streep was awarded last year. Her acceptance speech was memorable, and Winfrey’s likely will be as well.