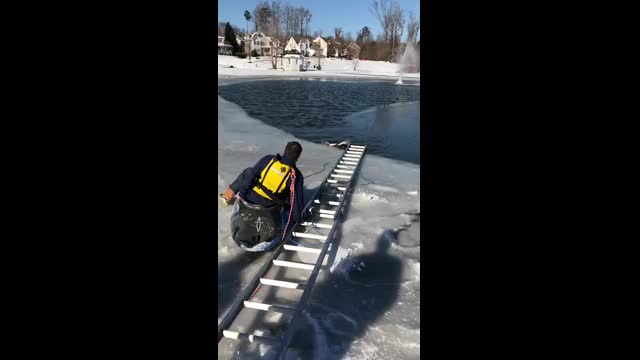 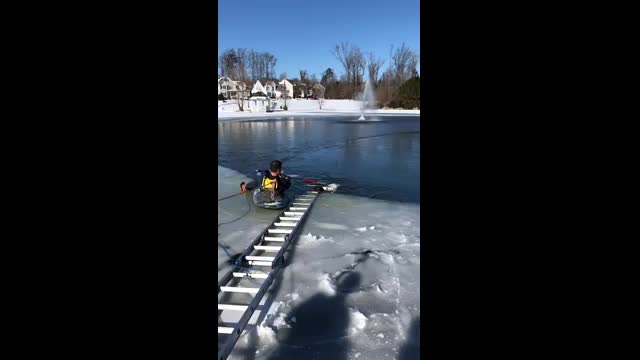 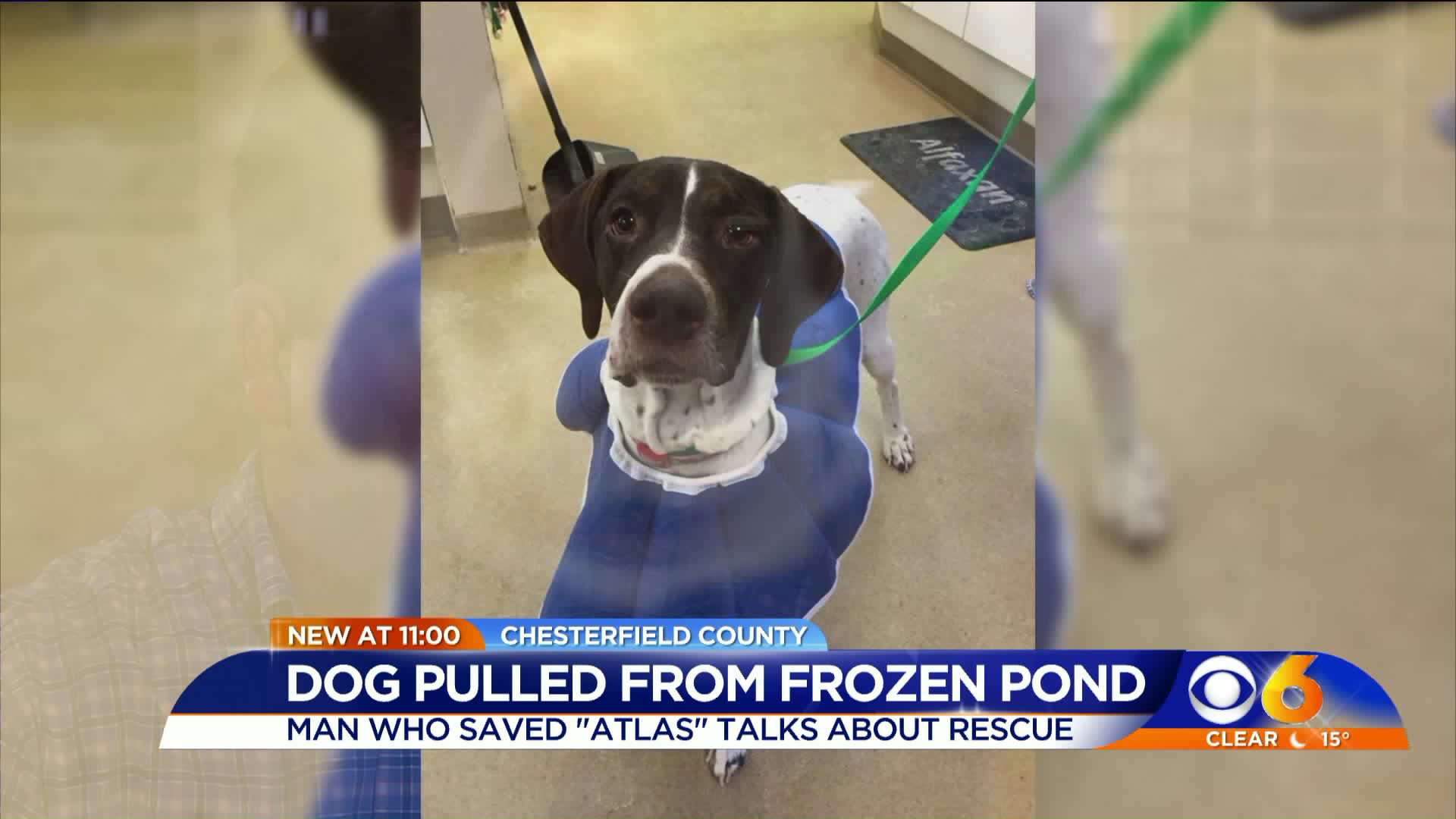 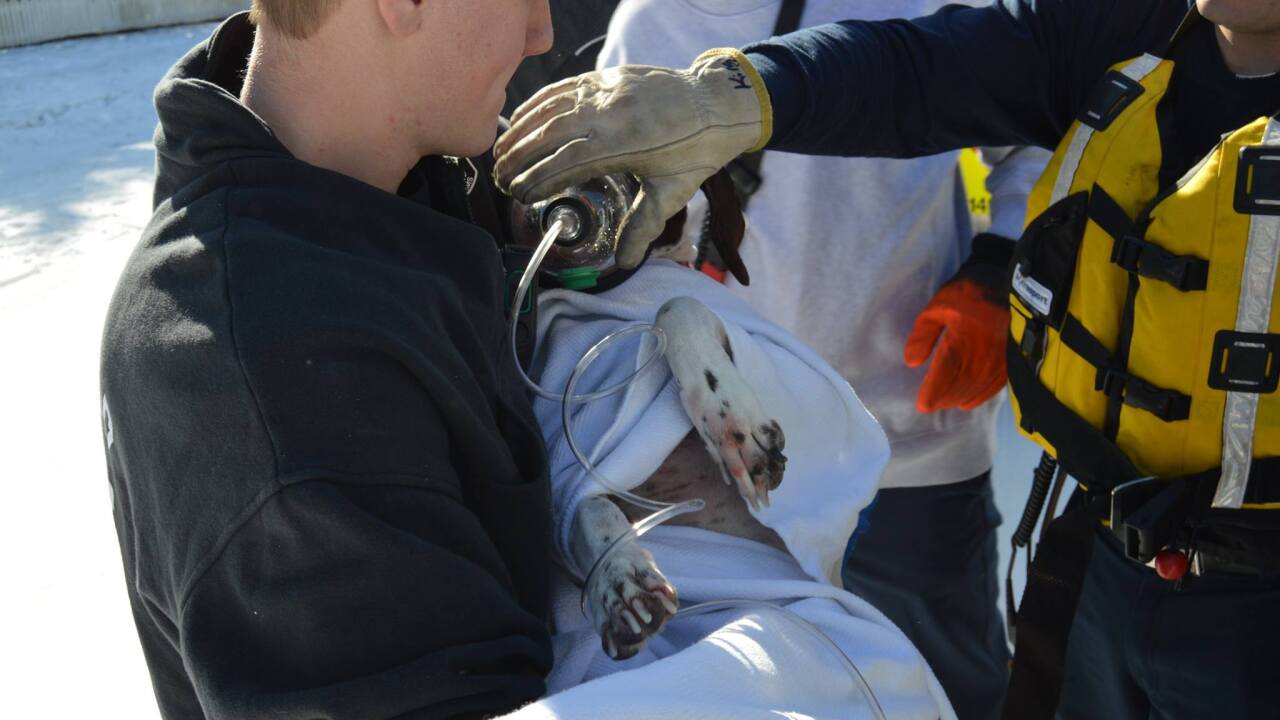 CHESTERFIELD COUNTY, Va. – A Chesterfield County neighbor is being called a hero after his dramatic rescue of a dog from an icy pond Friday.

The incident started in the Grove subdivision when “Atlas” the dog ventured out on the neighborhood pond and fell through the ice.

The rescue, which was caught on camera, started after neighbors saw Atlas fighting for his life in a freezing pond and called 911.

With every second precious, neighbors sprung into action to save Atlas.

One of the neighbors, Anthony Miller, retrieved a kayak from the home of Joi Delaney and brought it back to the pond for a rescue attempt.

Using the kayak, a ladder, a rope harness, and a dog catcher, Miller was able to pull Atlas to safety from the ice pond.

When first responders arrived, they treated the dog with oxygen and warm blankets. He was then rushed to the Animal Medical Center in Midlothian.

“While in route, Firefighter Billy Kingery had to perform chest compressions on Atlas as he stopped breathing and started seizing. Atlas quickly started breathing again but was in critical condition upon our arrival at the Animal Medical Center,” said the Chesterfield County Fire and EMS.

After being treated for severe hypothermia, Atlas is recovering and doing “extremely well,” according to officials. He will spend the night at the animal hospital but will be released Saturday.

After the incident, Chesterfield County Fire and EMS, is reminding the community to not walk on frozen ponds. “With the extreme cold we have experienced over the past few days, many ponds and other bodies of water are freezing. This should NOT be an opportunity to walk out on the ice. You can never trust that the ice will hold your weight,” officials wrote on Facebook.