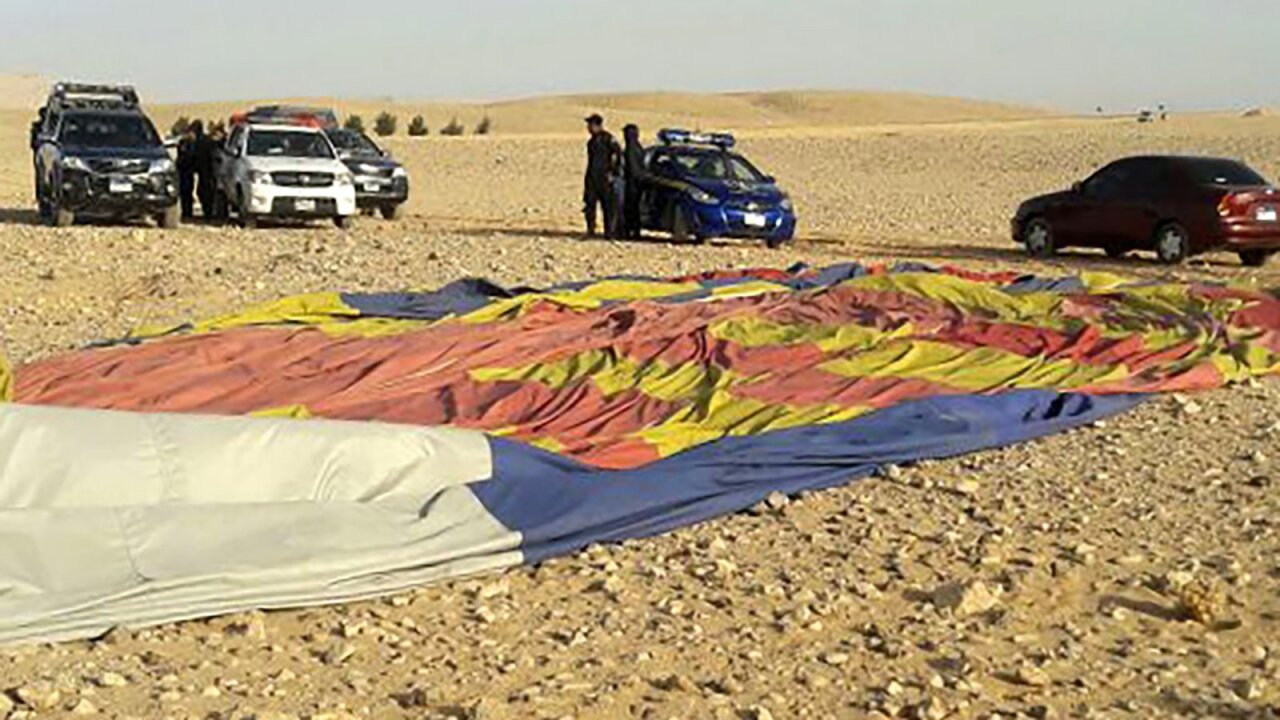 **This image is for use with this specific article only** The remains of a hot air balloon appear Friday near the ancient Egyptian city of Luxor.

A hot air balloon with 20 people crashed Friday in Egypt’s ancient city of Luxor, killing at least one person and injuring more than a dozen others, according to Egypt’s Civil Aviation Authority and a hot air balloon company.

At least one tourist was killed, according to a statement from the government agency, which referred to the incident as a hard landing.

The Sindbad hot air balloon company, whose craft crashed, identified the deceased as an Australian man.

“The balloon was getting ready to land at 6:30 a.m., when a sudden, strong wind erupted causing a hard landing,” Hany Al-Sayyed, Sinbad’s traffic manager, told CNN.

“The victim is an Australian man of South African descent. His head was hit during the landing. Most of the other injuries are minor, scratches to the torso, and they were taken to the hospital,” he said.

The statement from the Civil Aviation Authority said it had started an investigation into the circumstances of the accident.

The pilot, who was injured and is hospitalized, is being questioned, according to state media.