Immigrant acquitted in killing that sparked firestorm gets time served 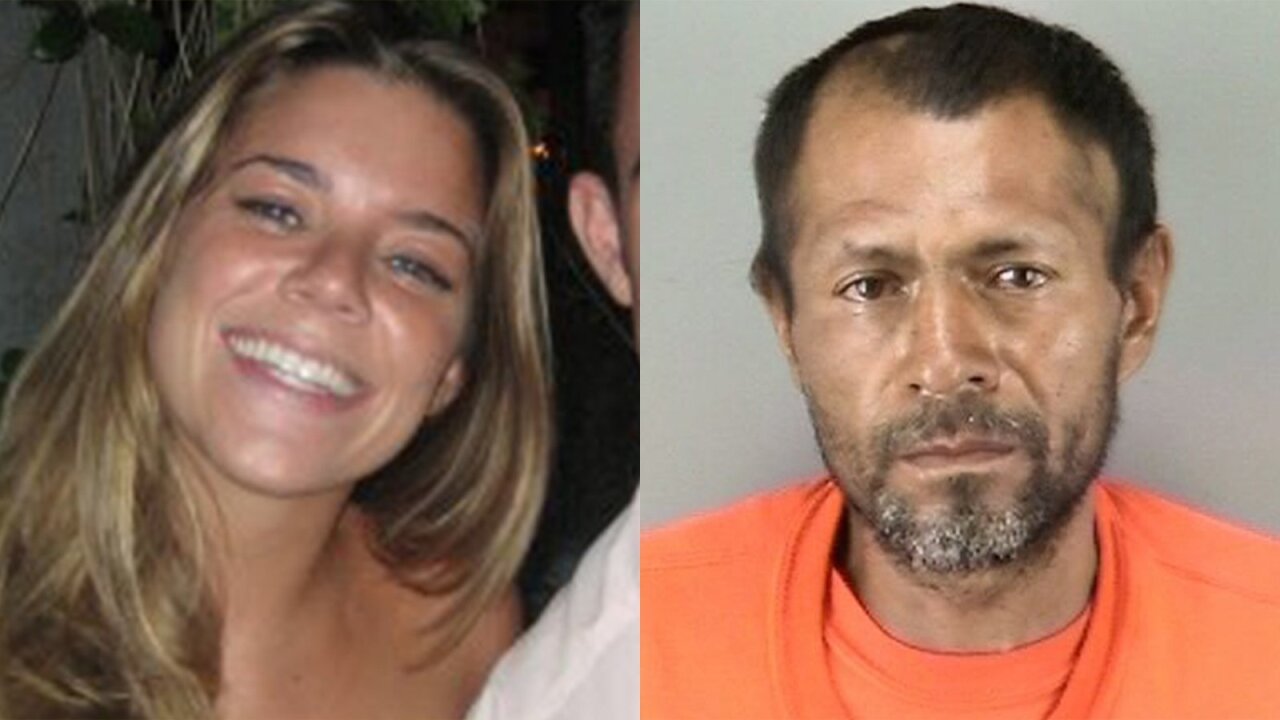 Kate Steinle (left), 32, was killed in July 2015. Jose Ines Garcia Zarate (right) was deported from the US fives times before the shooting, authorities say.

Jose Ines Garcia Zarate, the undocumented immigrant acquitted last month in the death of Kate Steinle, was sentenced on a firearm charge Friday as his case moves from the state to the federal level.

Garcia Zarate, 45, was sentenced to three years in prison on Friday for a lesser state firearm charge he was convicted of in December in connection with the Steinle case.

But while Garcia Zarate has enough credits of served time to cover his sentence, Tamara Aparton, spokeswoman for the San Francisco Public Defender’s Office, said he will not go free. Instead, Garcia Zarate — who had been deported from the United States five times before Steinle’s death — will be put into federal custody.

Garcia Zarate was convicted last month of being a felon in possession of a firearm — the charge he was sentenced for Friday — in connection to Steinle’s death in at San Francisco’s Pier 14 in July 2015. But the jury acquitted Garcia Zarate, a Mexican citizen, of the more serious charges of murder, involuntary manslaughter and assault with a deadly weapon.

Kate Steinle (left), 32, was killed in July 2015. Jose Ines Garcia Zarate (right) was deported from the US fives times before the shooting, authorities say.

Garcia Zarate was indicted on two federal gun charges in connection to the case five days after his acquittal. Federal immigration authorities have said they want to deport him. He is likely to be arraigned early next week, according to Aparton.

Steinle, 32, was walking on the San Francisco pier with her father when, prosecutors argued in the trial, Garcia Zarate intentionally shot her with a Sig Sauer .40-caliber handgun. His defense attorney claimed the shooting was accidental and the bullet ricocheted off the ground and traveled about 80 feet before hitting Steinle.

At the time, Garcia Zarate’s acquittal reignited the firestorm surrounding immigration policy, with some conservatives directing their ire toward San Francisco.

“The Kate Steinle killer came back and over the weakly protected Obama border, always committing crimes and being violent, and yet this info was not used in court,” President Donald Trump tweeted after the verdict. “His exoneration is a complete travesty of justice. BUILD THE WALL!”

Since her death, Steinle has been an often cited example used in Republicans’ push for immigration reform. Last summer, the House passed a bill called “Kate’s Law,” which would create harsher prison penalties for undocumented immigrants repeatedly entering the United States illegally.

The bill is currently waiting to be picked up in the Senate.