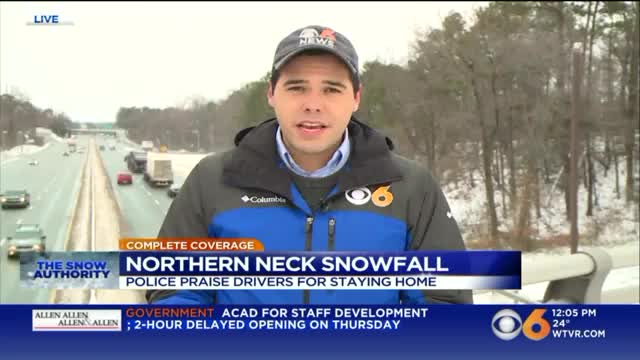 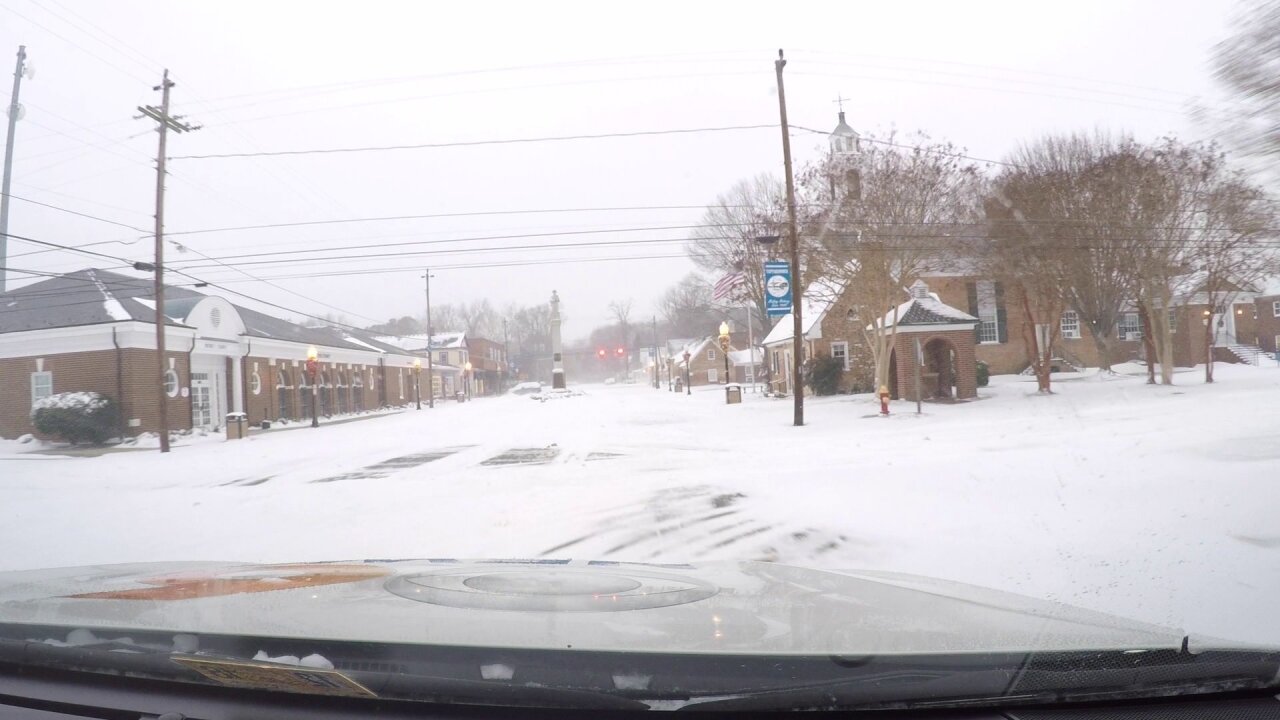 WARSAW, Va. -- As the first winter storm of 2018 barreled down on the Middle Peninsula and Northern Neck areas, officials expressed their thanks to residents for staying home.

Virginia State Police are thanking Northern Neck residents for heeding our warnings to stay off the roads! Quiet & cold in downtown Kilmarnock this morning and wet/slushy on the Robert O. Norris Bridge over the Rappahannock River.

A majority of roads were still covered in snow and ice hours after snow dropped about four inches of snow on the area.

Residents from Hague in Westmoreland County who traveled to the 7-Eleven in Warsaw witnessed several distressed drivers.

"We saw about eight or nine cars in the ditch. It's rough over here and the snow is drifting across the road. It's pretty rough," said Jimmy Taylor.

James Brooks' job as an HVAC technician was canceled when road conditions became too treacherous for him to make it to work.

"The roads are terrible," he said. "Usually the main roads would be clear by now."

Wind gusts recorded at about 30 mph only provided rough driving conditions along the Richmond Tappahannock Highway.

Road conditions, including neighborhood and side streets, will only continue to pose a threat since temperatures are expected to stay below freezing.

Watch out for abandoned cars out if you're out and about in the #snow! Saw this SUV on 360 on our way to Tappahannock @CBS6 @KristenLuehrs pic.twitter.com/L7wnFNYVSP